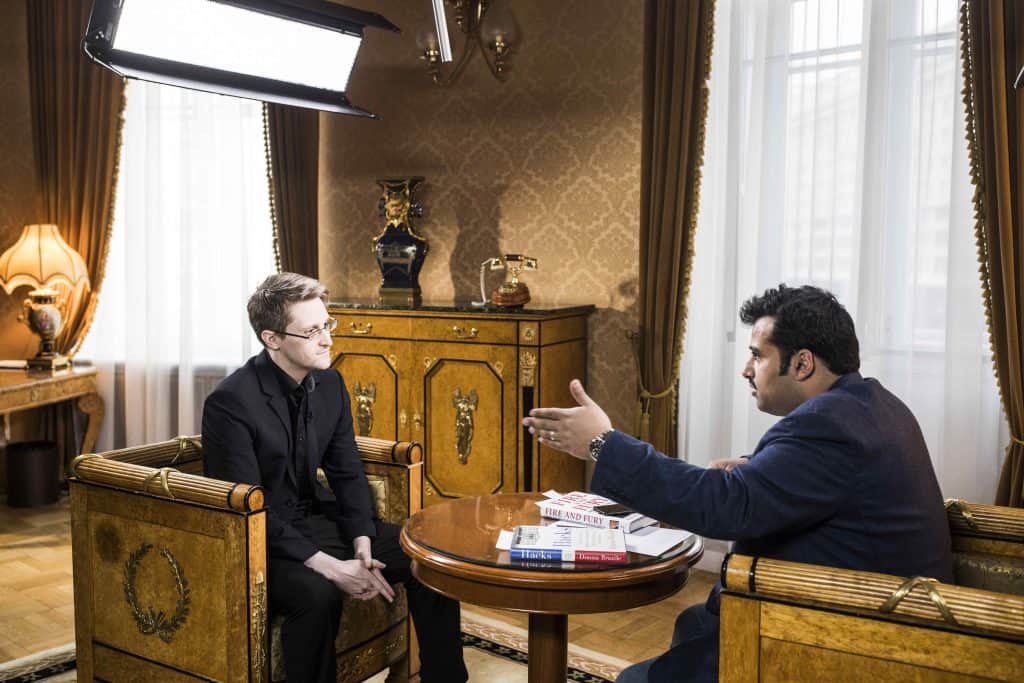 After 2.5 years of reporting in Russia, journalist Justin Varilek accepted a communications job back home in the US. But when the Ukraine crisis broke out in 2014, Varilek’s attention turned Eastward again.

“I saw how all of my journalist friends were covering the conflict in Ukraine and the difficulties in finding quality fixers on location,” says Varilek, whose start-up HackPack snagged first place at Deutsche Welle’s media start-up competition in Bonn in June.

To enter conflict-ridden eastern Ukraine, foreign journalists usually had to cross block posts and needed local fixers. But it wasn’t possible to understand what level of experience and professionalism they had before partnering up.

That’s when the idea for HackPack, a virtual newsroom founded in 2015, was formed.

“I realized that for any other conflict or flash point, it would be necessary to similarly find and understand immediately whether a local journalist would be a fit,” said Varilek.

He aimed to create a platform which would allow journalists “to quickly and effectively find, hire and collaborate” with each other,” says Varilek, now based in London.

Varilek also saw the difficulties his journalist friends encountered with payments, not knowing when and how they would be paid. “Foreign correspondents just fly in and fly out and the local journalist or fixer has no recourse if they don’t pay,” he says.

When a payment was made, it tended to be either directly with cash on the spot, or with a bank transfer that was very expensive in terms of fees. Varilek’s freelancer friends might earn $200 per article, yet were losing $45 on bank transfer fees.

To combine his ideas of more effective communication on the ground and a more transparent payment model, Varilek sought the feedback of other journalists and editors. He left his Boston job and moved back to Moscow to develop a platform, officially launching HackPack in July 2015. 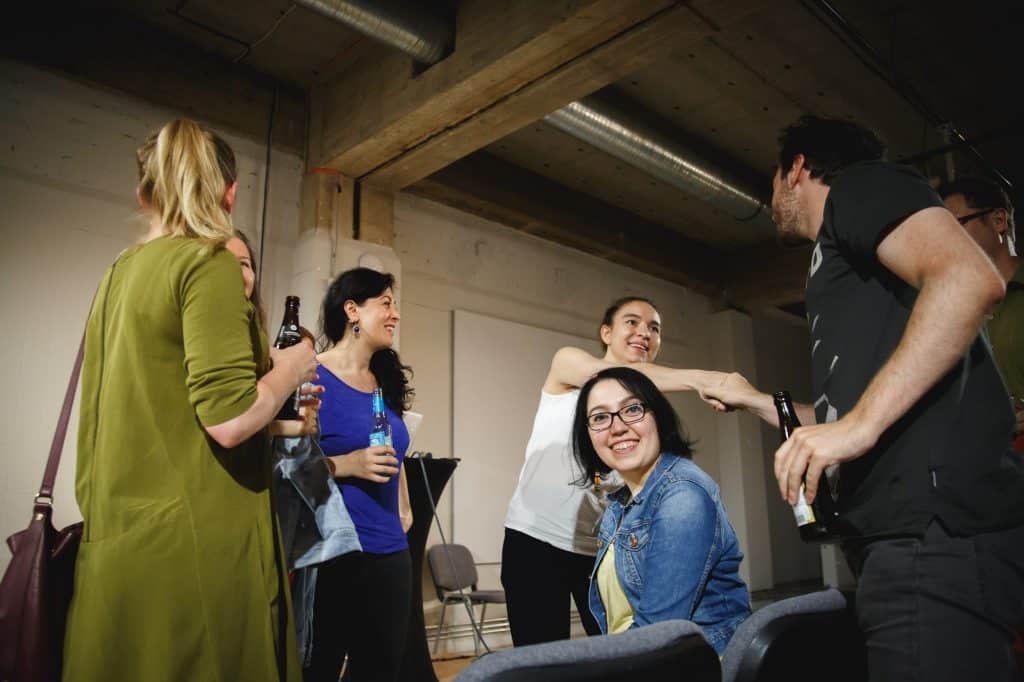 HackPack allows freelance journalists to collaborate with each other.

Nowadays “HackPack” might elicit the name of a computer-savvy person, but throughout history it’s been used in a literary context, says Varilek.

“Hack doesn’t just mean a programmer, it first meant journalist,” he says. And from the time of Shakespeare, people who could hack out a living with the written word in the form of poetry, plays, etc. were called hacks. Currently in the media industry, journalists who often travel the world and can do a bit of everything to hack out a living are called this.”

In the past three years, over 11,000 media professionals in 160 countries have registered on HackPack. The top countries are Russia (1,588 members), India (1,041) the U.S. (446), the Ukraine (352) and the U.K. (275). The platform helps publications connect with journalists with a specific expertise in the necessary location, even giving SMS alerts.

“This is extremely important for the news cycle,” says Varilek. He pointed to an attempt to kill the former Russian intelligence agent, Sergej Skripal, in the UK in March 2018. Quickly, the website helped the Daily Mail find a freelancer in Kazakhstan who could speak with potential relatives. 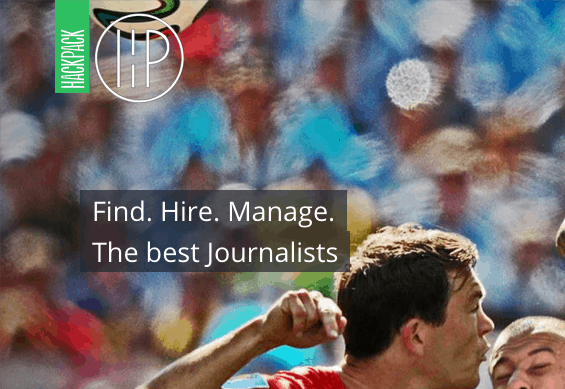 One of HackPack’s most interesting projects over the past year, says Varilek, was helping a news outlet conduct a video interview with Edward Snowden in Moscow – a story which would have been next to impossible for a foreign journalist to quickly arrange.

“Foreigners can’t rent equipment in Moscow,” says Russian videographer Mishiko Belashvili, who filmed the interview on location after learning about the “Hack” through the website. “And if they have their own equipment, they have to have special permission by the Ministry of Foreign affairs, which is a very long process.”

Besides receiving requests on location, journalists can post story ideas that are sent to editors who are interested in those topics. HackPack also sends out a weekly newsletter highlighting the top grants, fellowships and competitions in different parts of the world.

A subscription section also permits publications and marketers to access a freelancer management system where they create a freelance pool and manage all payments and projects.

When a client publishes a request, they indicate the price they are willing to pay and journalists can then state whether they are interested. The money is automatically frozen from the clients account once they confirm a freelancer. The journalist sends in the work, the client accepts it, and then the money is released to the journalist’s account. 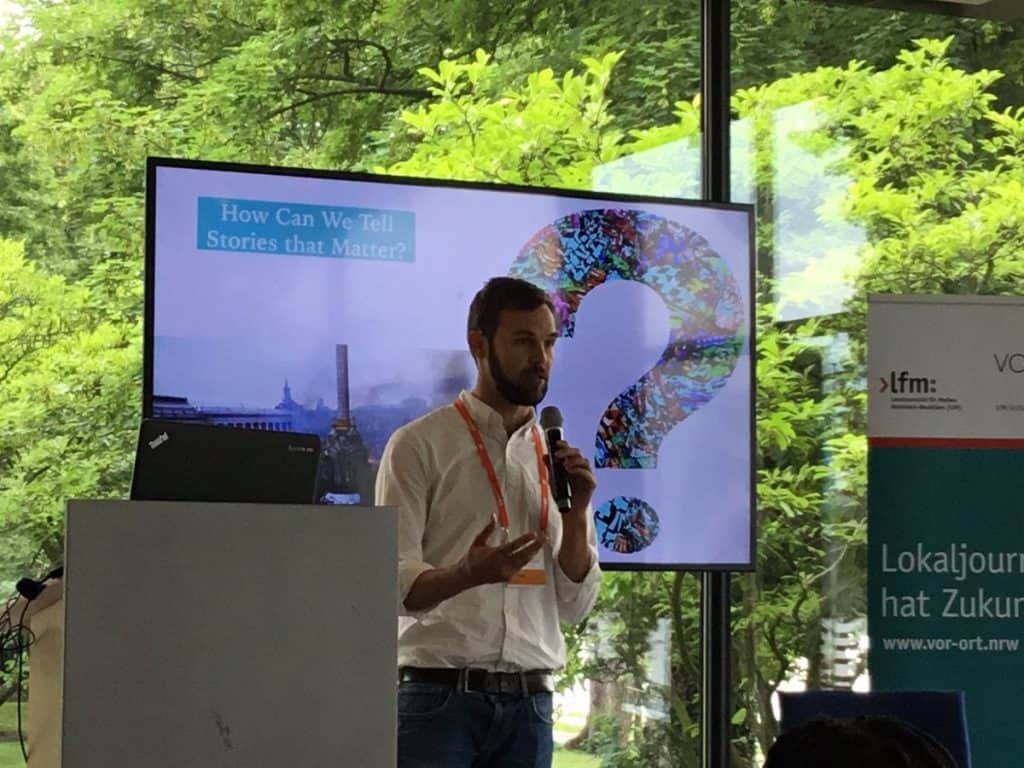 Varilek speaking at a DW event.

“Our goal is to give freelancers more stability and peace of mind in their busy lives,” says Varilek. “The system also indicates all completed projects, so it is very simple for freelancers to do accounting and pay taxes.”

The system is more than an online marketplace, however, with offline meetups for journalists being organized in Moscow, Berlin and London – ranging from investigative reporting techniques to yoga in the park for overworked freelancers. “These events help journalists meet, increase their level of professionalism and hopefully collaborate more in the future,” says Varilek.

Through the platform, journalists have collaborated with publications such as Al Jazeera, Delfi, Global Government Forum, BBC, Kommersant and Snap Judgement for NPR. In 2017, journalists using the platform earned over $175,000 – a figure which Varilek aims to double in 2018.

Yet, while HackPack is a pragmatic platform, Varilek operates it with an idealistic philosophy.

“Events in one corner of the world truly do relate and affect others around the globe,” says Varilek. “There is no chance that you can think that something is far away and irrelevant. And the media has to adjust to this reality.”

The interview with Justin Varilek was originally conducted by Edita Badasyan and published on EJO’s Russian website.

If you liked this story, you may also be interested in Where are all the Women Journalists in UK Newspapers?

Rachel Stern is the EJO Fellow at Free University Berlin. She's been based in Berlin since 2012, first as a Arthur F. Burns Fellow at Spiegel Online and most recently through a Fulbright Scholarship for journalists. Her reporting on German politics, culture, business has appeared in NPR Berlin, Deutsche Welle, Slate, The Christian Science Monitor, and The Huffington Post, among other publications. Originally from San Francisco, she holds as Master's Degree from the Columbia University Graduate School of Journalism.
» Digital News, Recent, Specialist Journalism, Technology » HackPack: How A Virtual Newsroom Transforms...