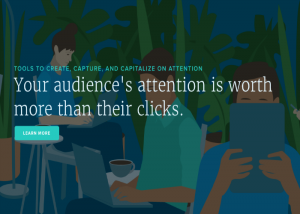 Journalists can become very emotional about metrics, according to new research into the impact of data on the newsroom.  Analytics can cause even the most hardened reporters to crack under the pressure of knowing, in real time, how many people are reading their story and whether they read it to the end.

Caitlin Petre, a Fellow at the Tow Centre for Digital Journalism, Columbia Journalism School, examined two newsrooms: Gawker, a digital-born website, and The New York Times, a legacy media organisation, to compare how journalists use audience data and how it affects their work.

Gawker, which is heavily driven by metrics, and The New York Times, where data is still peripheral for journalists, employ Chartbeat, a widely-used newsroom analytics service.

Chartbeat offers journalists and editors a live ‘second-by-second’ breakdown of audience behaviour. According to Petre, Chartbeat designs its metrics to “engender strong emotions.”

Petre, who presented her findings at the New Practices of Journalism conference at Sciences Po School of Journalism in Paris this month, interviewed staff at the studied organisations and spent time in their offices and newsrooms as part of her research.

She concludes that metrics are a management tool as much as an editorial tool. They structure relationships between colleagues and teams as well as shaping news and content.

Her report: The Traffic Factories: Metrics at Chartbeat, Gawker Media and The New York Times found:

Petre quoted a Gawker media writer who told her: “I am actually so concerned by the extent to which my emotional well-being is dictated by the number of hits on my posts, I talk to my therapist about it.”  Another Gawker journalist said she had given a copy of the research report to her therapist, so the therapist could better understand her anxiety issues.

A New York Times reporter said he was overwhelmed by the power of the data available. “When I saw Chartbeat for the first time I was like ‘oh my God’ …. you can say there are 20,000 people reading this right now or whatever.  You know, that’s powerful.”

Petre reports that metrics can reassure journalists as much as unnerve them.  They inspire a range of strong feelings including excitement, anxiety, self-doubt, triumph, competition, and demoralisation, she said.

“When devising internal policies for the use of metrics, newsroom managers should consider the potential effects of traffic data not only on editorial content, but also on editorial workers,” Petre said.

Analytics can be highly addictive

A writer at Gawker said that she is addicted to metrics. “If I go a day without analytics, I get the shakes.”

Petre said this addiction could be linked to the similarities between analytics and computer games, including machine gambling games, such as one-armed bandits.

“Many of the things that make machine gambling addictive are shared by metrics, for example compelling visuals, and an intoxicating mix of skill and luck….  there are actions you can take to put yourself in a good position to have a good traffic day,” said Petre.

Petre found that when using real-time metrics journalists within an organisation tended to compete with each other instead of with external websites and organisations. However she reported that most people described this as healthy competition.

The report also made three recommendations to newsrooms:

“First, news organizations should prioritize strategic thinking on analytics-related issues (i.e., the appropriate role of metrics in the organization and the ways in which data interacts with the organization’s journalistic goals). Engagement with these big-picture questions should be insulated from daily traffic and reporting pressures but otherwise can take various forms; for instance, newsrooms that are unable to spare the resources for an in-house analytics strategist may benefit from partnerships with outside researchers.

“Second, when choosing an analytics service, newsroom managers should look beyond the tools and consider which company’s strategic objectives, business imperatives, and values best complement those of their newsroom.

“Finally, though efforts to develop better metrics are necessary and worthwhile, newsrooms and analytics companies should be attentive to the limitations of metrics. As organizational priorities and evaluation systems are increasingly built on metrics, there is danger in conflating what is quantitatively measurable with what is valuable.”

Caroline Lees is the Head of Communications at the Reuters Institute for the Study of Journalism. She is the former editor of the European Journalism Observatory’s English language site. She is a British journalist and has worked for The Sunday Times, London, for seven years including time spent in Delhi as South Asia Correspondent and as a news reporter and arts correspondent. She has also worked as foreign editor and assistant editor of The Scotsman, and for the Economist and Telegraph Media Group.
» Newsroom Management, Recent » Traffic Factories? How Metrics Affect Journalists…And...