Official Secrets Act: UK government has a long history of suppressing journalism to hide its misdeeds 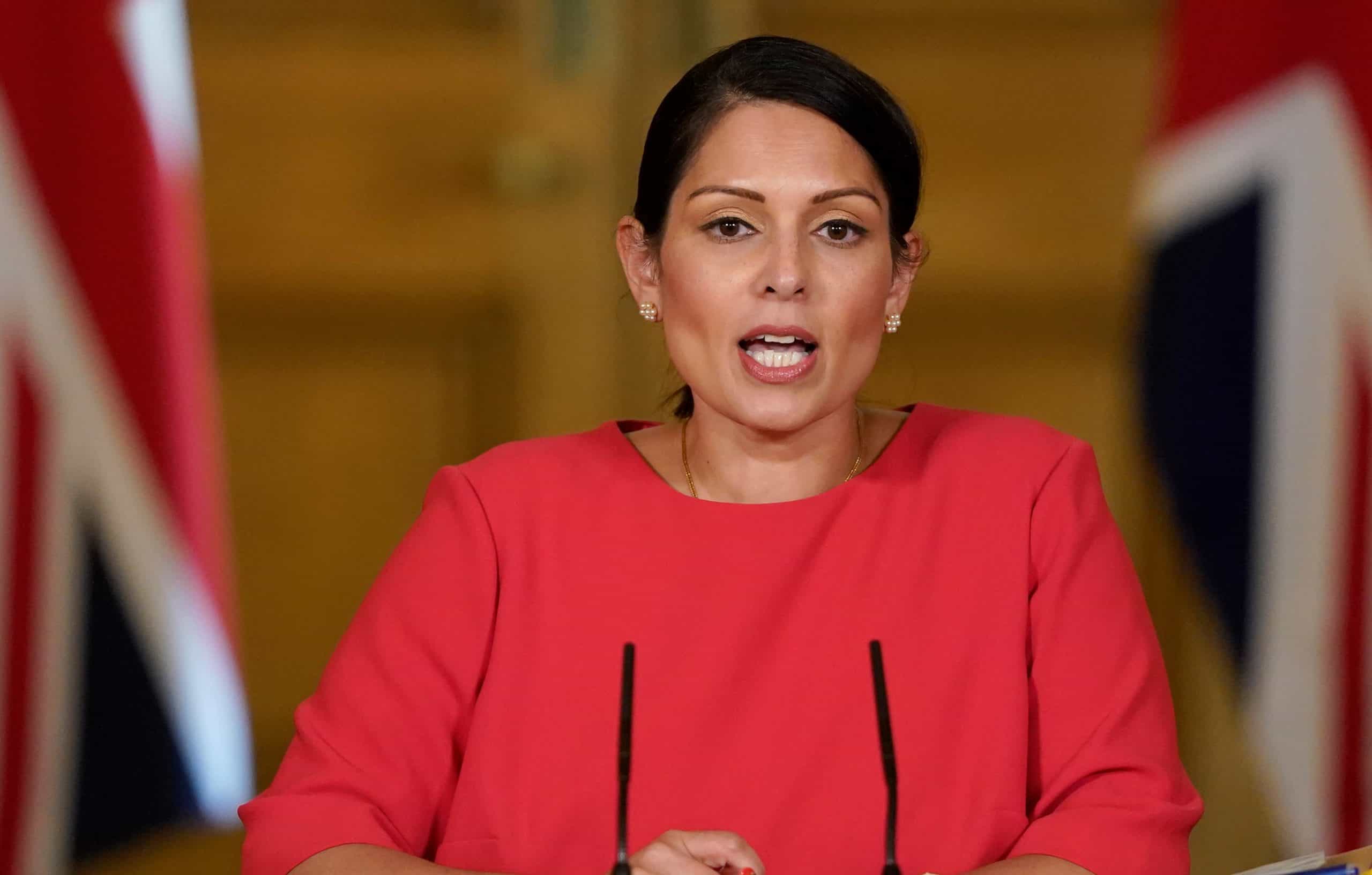 The UK government recently put out for consultation proposals for toughening the Official Secrets Act, ostensibly to deter foreign spies.

Many lawyers, lawmakers and journalists have argued that laws concerning official data and secrets are in need of updating to fit a world where espionage and leaks are largely conducted through new technology. But a close reading of the new proposals suggests the agenda is as much to deter journalists, whistleblowers and sources from embarrassing government and intelligence agencies.

The words “journalist” and “journalism” appear nowhere in the main text, and “press” only on two occasions, yet the proposals implicitly conflate probing journalism with spying by hostile states. They recommend (some 38 times) prosecuting those who make “unauthorised disclosures”, which would include government sources speaking to journalists, and increasing prison penalties from two years to up to 14 years.

The Home Office, led by Home Secretary Priti Patel, has dismissed the recommendations of the independent Law Commission, which are supported by journalism and legal organisations, that any reform should include a legal defence for those deemed to be acting in the public interest. This would give some protection to journalists and their sources.

I am an investigative journalist with more than 40 years of experience reporting on national security, and my recently published book, Spies, Spin and the Fourth Estate, covers the relationship between journalism and national security.

While it is quite right that foreign spies should be prosecuted, this legislation seems more designed to prevent government embarrassment. There is a wealth of historical evidence that demonstrates the UK government and intelligence services’ ingrained tendency to suppress journalism in an effort to cover up its wrongdoing. Indeed, many illegal operations have been exposed only by the collaboration of whistleblowers and journalists.

There has been an Official Secrets Act since 1889, aimed at spies and corrupted civil servants. Lobbied persistently by Vernon Kell of the new Secret Service Bureau (later divided into MI5 and MI6), the UK parliament passed a new, catch-all Official Secrets Act in 1911. It was passed in one day with minimal debate.

Even then, journalists were concerned about the additional powers the act imposed compared with the previous version. The Newspaper Proprietors’ Association at the time protested the bill’s “far reaching liabilities … upon the public and the Press”, saying its wide scope “affects anyone and everyone”.

As feared, the legislation was used as much as a tool against journalists and whistleblowers as against foreign spies.

The Scottish journalist and writer Compton Mackenzie had served as an intelligence officer in the eastern Mediterranean. His 1932 memoir Greek Memories contained a number of classified – though insignificant – details, including wartime Foreign Office telegrams and disclosing that the first chief of MI6 was known as “C.”

Mackenzie was charged for communicating to unauthorised persons “information which he had obtained while holding office under His Majesty”. It was thought that, at least in part, the prosecution was instigated to intimidate former prime minister David Lloyd George who was proposing to publish a warts-and-all memoir.

Mackenzie took a plea bargain, but ultimately got his revenge by writing the satirical novel Water on the Brain, which lampooned the SIS disguised under the name MQ9 (E), “The Directorate of Extraordinary Intelligence”.

Mackenzie’s case was just one of a continuing series of prosecutions over the years.

An even tougher act came in 1989, in reaction to the government’s embarrassment over a series of well-publicised intelligence scandals in the 1980s, including the trial of Falklands war whistleblower Clive Ponting, the revelation that MI5 vetted BBC staff, and the publication of the Spycatcher memoir by former MI5 agent Peter Wright.

The 1989 act has been used inappropriately. Take the 2018 case of two investigative journalists who were arrested in Belfast for the suspected theft of a confidential report, which contained information about a 1994 loyalist massacre in Loughinisland, Northern Ireland, and the failed police investigation into the murders.

The journalists were accused of handling stolen goods, unlawful disclosure of information under the Official Secrets Act and the unlawful obtainment of personal data – what journalists would call a leak – a vital tool in serving the public interest. Police questioned them for 14 hours, and raided their homes and offices in the early hours of the morning – in one case, in front of children.

After a judicial review, Belfast’s high court quashed the search warrants, finding that the journalists acted in “nothing other than a perfectly appropriate way in doing what the NUJ required of them, which was to protect their sources”.

Now, the government wants to toughen the law again for the digital age. But the real target is journalists and their sources. Why? Just look at the embarrassment caused by more recent intelligence malfeasance.

Journalists revealed MI6’s collusion with the CIA’s rendition and torture programme in the mid-2000s, which government officials had previously denied.

The Guardian’s 2013 publication of a massive archive of secret intelligence documents leaked by former National Security Agency (NSA) contractor and whistleblower Edward Snowden revealed the capability of western nations to maintain a level of surveillance unsuspected by even the most informed observers.

In my view, to allow such a draconian new law as proposed by the Home Office, there would have to be a very robust and independent structure of oversight in place, which currently does not exist.

Taking the examples above, formal accountability bodies had failed to identify both the rendition and torture scandal and GCHQ’s illegal move towards mass surveillance. Parliament’s main intelligence accountability mechanism, the Intelligence Security Committee (ISC), has been, for much of its 25 years, something of a cheerleader for intelligence rather than a guardian of public interest.

Only the short period under Dominic Grieve’s chairmanship from 2015-19 revealed a committee prepared to act robustly – and then it was restricted by government. The committee released a highly critical report on rendition and torture demolishing government denials of involvement, but not until 13 years after the events described.

There has been no apology or explanation from the state about the examples above and many other cases. For journalists to accept the new proposals would be a huge leap of faith that the government would use such legislation proportionally and sensibly.

The new legislation would tip the delicate contract between personal freedom and national security towards a more authoritarian stance with a decided chilling effect on journalistic inquiry. There has never been a more important time for rigorous fourth-estate monitoring of the intelligence complex, and many of the proposals in this consultation would be a further deterrent to robust investigative journalism.

This article was originally published on The Conversation. Read the original article.

If you liked this story, you may also be interested in: Spies, spin and Brexit

Dr Paul Lashmar is the former Head of Journalism at City, University of London. He is a Reader in Journalism and his research interests include media freedom, investigative journalism, anti-corruption, intelligence-media relations, and organised crime reporting. He is an expert on journalism sources and source protection. Paul has been an investigative journalist in television and print and on the staff of The Observer, Granada Television’s World in Action current affairs series, and The Independent. Lashmar P (2020) Spies, Spin and the Fourth Estate: British Intelligence and the Media. Edinburgh University Press.
» Censorship, Media and Politics, Press Freedom, Recent, Specialist Journalism » Official Secrets Act: UK government has...