Who Sets the Agenda in the Internet Age? 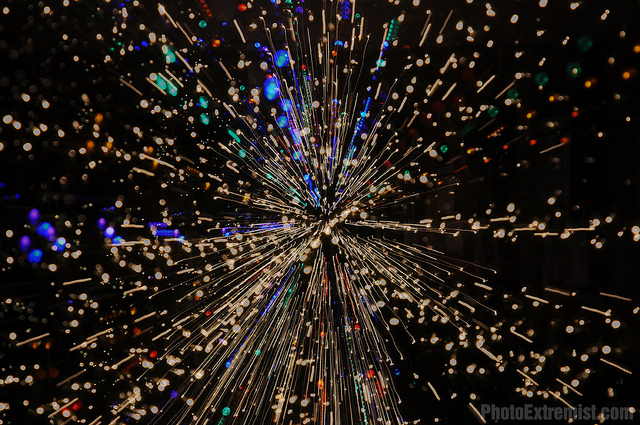 Fragmentation: Multiple channels and sources allow individuals to create their own, personalised agenda.

Media agenda-setting theory assumes the public receive news from a limited set of sources and that this encourages a shared agenda. In the digital age, however, there are now multiple channels and sources, allowing individuals to construct their own, personalised agenda. The growing number of information channels, each with a small number of users, is dividing audiences.

Increasing fragmentation has been compounded by the way individuals access news: as the number of news sources increases, audiences use technologies to filter and customise access to information, according to personal likes and interests.

So, who sets the agenda in the digital age? The audience or the media?

Just over 20 years ago, Nicholas Negroponte, MIT Media Lab founder, suggested the concept of ‘Daily Me’: a computer screen with news and a button that, like a volume control, would allow the user to increase or decrease personalisation. Other controls could include a slider that moves both literally and politically from left to right to modify stories about public affairs.

The same idea gives the critical tone to the recent Republic.com 2.0, a book in which Cass R. Sunstein assumes that technology has greatly increased people’s ability to ‘filter’ what they want to read, see and hear.

With the help of the internet, we are able to design our own newspapers and magazines. We can make our own schedule, featuring the movies, games, sports, shopping and news programmes of our choice. We mix and match. When the power to filter is unlimited, people can decide, in advance and with perfect precision, what they will and will not find.

Many examples demonstrate that the media market follows this direction.

Digital newspapers encourage levels of personalisation that result in the creation of the reader’s own, individualised version of the newspaper, with the promise that it will contain exactly what concerns him and exclude everything that does not.

Other applications enable sites to automatically display information which, based on observation of the user’s previous habits, seems to be the most relevant. The same logic goes through television recording devices or radio subscription systems in RSS – the idea of control and personalisation of the agenda.

Another line of understanding continues giving the mainstream media a determining power in setting the agenda. Some of the arguments supporting this interpretation start from one of the promoters of the classical hypothesis of agenda-setting. In 2005, at a time when the impact of the internet was beginning to be felt, Maxwell McCombs, of the University of Texas, made the implementation of the previous proposals depend on two conditions, yet to be empirically validated.

The first refers to the number of people who frequent sites searching for information. If the classic media agenda-setting function tends to be diluted as the audience begins to distribute attention through the vast array of subjects available on the internet, the question is whether an audience so wide and fragmented can be said to exist at all.

The second condition is perhaps more difficult to achieve: online information agendas would need to be quite different from each other, as opposed to the relatively redundant agendas of traditional media.

Studies comparing the audience of the most-read paper journals with the most-consulted information sites showed that attention on the Web is even more concentrated than in the printed world. They also showed that many online sources are subsidiaries of traditional media sources, resulting in redundancy between the agendas of the two environments.

Let us consider social media. Through the involvement of a large number of users, it is possible to create an agenda of themes alternative to those selected by mainstream media editors. The agenda-setting role played by YouTube, Facebook and Twitter has often been described in recent years, especially after the protests following the Iranian elections in 2009, (also dubbed the Twitter Revolution). In most cases, those are stories first brought by new media, then contextualized and validated by mainstream media.

In any case, imposing the re-evaluation of the agenda-setting concept.

This re-evaluation needs to consider that the gatekeeping function is now largely shared with media users, who furthermore aggregate and curate the information they consume. In Jim Hall‘s expression, they construct their own informative “diet”.

The result of this process has (or rather shares) the risks associated with much of the communication through the new media. Ben Smith, the editor-in-chief of the digital news portal BuzzFeed, recently denounced our tendency to live in filter bubbles, especially through our activities on social media. Anyone who works with information, he says, has spent the past year observing how social media affect people’s opinions about the world, and how they can close this world to dissenting opinions.

The return to the necessary social glue

The past clearly reveals the damage caused by the old agenda-setting operators, relentless in refusing arguments they considered outside the mainstream or political consensus. It is possible today to notice how the absence of a minimum standard of discursive order hinders, in a different way, the inter-comprehension and the understanding of questions of common interest. Diversity and plurality are conditions for the proper functioning of the civic life. They were precisely two of the values socially institutionalised by journalism, which social media seems to be threatening.

A multiplicity of fragmented agendas will not result in a platform for political discussion.

Without common experiences and concerns, a heterogeneous society will have much more difficulty identifying and responding to social problems. As Sunstein points out, it is these shared experiences, including those made possible by the media, which provide the social glue. As a result, a communication system that radically reduces the number of such experiences will create the conditions for the emergence of all the problems that result from social fragmentation.

In recent times, we have heard a lot about them. At stake is the emergence of a virtual pseudo-community that replaces the real community. Whether such dangers will materialise will ultimately depend on the aspirations that, on democratic terms, organise our practices.

This article was originally published on EJO Portugal

Gil Baptista Ferreira is Associate Professor of Media Studies, specialising in new media, society and civic life, at the Polytechnic of Coimbra, College of Education, Portugal. His research covers the fields of journalism, new media and its relationship with citizenship, identity and everyday practices.
» Digital News, Ethics and Quality, Latest stories » Who Sets the Agenda in the...