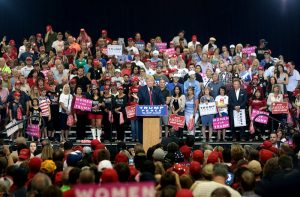 “Political campaigns have developed remarkable skills and technologies to circumvent the media when engaging with potential voters.”

Journalists no longer just inform their audiences. They engage with their users. As a result, media outlets are pouring more resources into building the infrastructure for interaction. Audience engagement has become a priority in newsroom hiring and a strategic goal for leaders and managers in the news industry. In a recent survey by the Reuters Institute of 130 leading international editors, CEOs and digital leaders, more than half of respondents agreed “deepening online engagement was a top priority.”

Journalists are not the only ones in the public arena who want to interact with their audiences. Political campaigns and civic action groups are increasingly using new technology to engage directly with their supporters and potential voters, circumventing media to mobilise and grow their networks in a highly targeted way.

But despite new ways to track users and interact with audiences, engagement is still a fluid concept for journalists and academics. The question “What is engagement?” yields a wide range of answers.

The value of engagement

Engagement certainly has a business value. More activity means more leverage for attracting advertising or more potential for converting users into paying customers. “Social activity on a website can increase users’ commitment to the site and willingness to pay for its services,” write Lior Zalmanson and Gal Oestreicher-Singer in a recent article. But click-baiting is not enough, they argue. There has to be a clear strategy in place. For Monica Guzman, who wrote a report for the American Press Institute, engagement should serve a different goal. It should help to build a community. Engagement, in her view, “is about how journalists can genuinely collaborate with audiences to improve their work, not simply to promote it.”


This sentiment is shared by Ethan Zuckerman, the director of the Center for Civic Media at the Massachusetts Institute for Technology. “Many newsrooms have decided that user engagement is an alternative metric that they want to use in part because they don’t love how they’re doing in terms of conventional metrics,” he told me in an interview. “User engagement can be a little misleading. We track it because it’s one of the things that’s easily trackable. We’re looking for the quantitative answer to this much more complicated question of why journalism is important.”


As newsrooms around the globe integrate user and audience engagement into their daily routines, they encounter a certain amount of tension between new technologies and old professional roles. While many journalists embrace interactive technologies for distributing their work, they are hesitant to fully engage with their users throughout their reporting and writing process. A recent study I undertook with my colleagues Regina Lawrence and Damian Radcliffe, found that most journalists see themselves as providers of information and not facilitators of public debate. Interviews with editors in five countries revealed that some editors acknowledge a “wisdom of the crowd” that can come through greater audience engagement. But most of them want their reporters to focus on reporting their articles, writing their stories and building their own expertise.


Political campaigns have developed remarkable skills and technologies to circumvent the media when engaging with potential voters. They have created “controlled interactivity,” as Jennifer Stromer-Galley puts it in her book Presidential Campaigning in the Internet Age. This has serious implications not just for the role of journalism but for the public sphere in general. Far from increasing participation, political parties are instrumentalizing engagement for narrow strategic goals. “Campaigns work to cultivate their supporters and mobilize them to engage their social networks in strategic and even targeted political communication,” writes Daniel Kreiss in Prototype Politics. “This work has increasingly defined what electoral participation means, in the process turning those spectators of the capital-intensive broadcast era back into participants, albeit in ways that are highly instrumental.”


At the same time, civic protest and social movements have also demonstrated that mainstream journalism can be easily sidetracked. We live in an era of civic media, as Eric Gordon and Paul Mihailidis argue in their book of the same name, where “there is little distinction between civic life and the media that facilitate it.” People or organisations mobilise digital networks—with or without the participation of traditional journalism.

Despite all these challenges, engagement might provide effective tools for journalists to interact with audiences that are hard to reach with conventional means. A recent study by the Youth & Participatory Research Network found that 45 percent of American teenagers between the ages of 15 and 29 are getting news from family and friends via Twitter and Facebook feeds (compared to 49 percent who report getting news from newspapers or magazines). Interestingly, 84 percent of the interviewed teenagers said they would welcome learning more about how to tell if online news is trustworthy.  “Being able to judge the credibility of what kids see is incredibly important,” Joseph Kahne, one of the lead researchers from the University of California Riverside, told me in an interview. Journalists are able to tap into these social pathways, he said, but they should be “thinking about the needs of a healthy democracy and how they can best serve those needs.”

Engagement essential to the future of journalism

Given the precarious state of journalism right now, engagement is something that journalists may only ignore at their own peril. “Newspapers are no longer something we have to read,” said Ethan Zuckerman. “If the news doesn’t empower you, if it’s not making you a more successful citizen, if it’s not putting you in a better position to influence policy or changing problems in your neighbourhood then why do you need it and why do you care about it? I think reporters can say, it’s not my job but they also might be condemning themselves to not having a job.”

Engagement in its various iterations provides interesting opportunities for journalism academics, especially when we shift the question from “What is engagement?” to “Who is engaging with whom for what purpose.”

Thomas Schmidt is a doctoral student at the School of Journalism and Communication at the University of Oregon. Prior to his academic career, Thomas was a reporter for Kleine Zeitung, Austria’s second largest daily newspaper, the monthly narrative magazine Datum, and ORF (Austrian Broadcasting Corporation). He also served as the inaugural director of “biber-Akademie”, a training program for young would-be journalists from immigrant families in Vienna.
» Media and Politics, Recent, Research » Audience Engagement: Now Essential For Journalists...