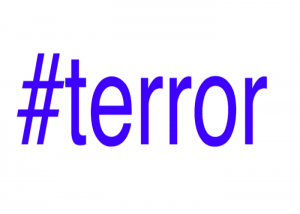 Twitter was launched ten years ago this week, full of promise. At first it appeared to live up to expectations: in 2011 the media hailed the social networking site as a democratic force behind the Arab Spring.  Now Twitter is reported to be widely used by terrorist groups, such as Islamic State (Isis), to spread violence and hatred.

In the last ten months Twitter has expanded its anti-terror teams and closed 125,000 accounts believed to be linked to Islamic terrorists. These moves followed claims that extremist groups use social media to boast of their violent assaults in words, photography, and video. Or to disseminate misleading interpretations of the Qur’an, mainly to western audiences.

The strong and sometimes symbiotic relationship between terrorism and the media is well known from research: without the help of the media, the shock and fear of terrorism would remain local.

Long before 9/11 the theatre of terror was an essential medium of terrorism. The dramatic staging of violence and death inspired a symbolic dread in readers, listeners, and viewers of news media.

In the era of mass-mediated terrorism (Nacos 2002) journalists cannot easily avoid reporting the terrorism spectacle (Livingston 1994), but they do not have to become loudspeakers of the ideological messages.

Nowadays, terrorists follow the successful strategies of professional companies and politicians in a perfidious way: instead of merely exploiting the media as an instrument, they bypass journalism altogether with the help of social media.

By avoiding the editorial filter they not only disseminate “legends of martyrs” in Syria and Iraq or salafist indoctrinations, as a study by Jytte Klausen (2015) shows. The self-appointed Islamic State increasingly uses the professional instruments of the entertainment industry. 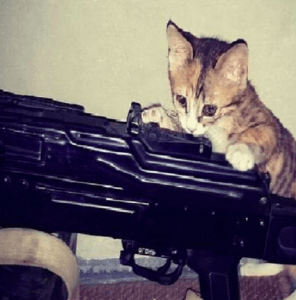 In the past the entertainment industry would be mobilised to serve national war propaganda. Now elements of that industry – pop, rap, comics, TV serials and video games, and even the notorious cat pictures (#catsofjihad) – have become integral to terrorists’ strategy on Twitter.

The technique of sailing under a foreign flag is well known in the history of propaganda. For a while Isis captured popular hashtags or sent out its messages via an innocuous mobile phone app.

We should not deceive ourselves: the global forwarding of seemingly spontaneous and authentic tweets from the Middle East is the result of a small but smart and well organised network of activists in Europe.

For that reason tweets are not a source journalists could or should trust, however difficult it is for journalists to report the story themselves.  Without the amplification of mass media Twitter’s reach is still limited (as are its profits).

This article will also appear in der Tagesspiegel