Bangladesh: Coronavirus and the media

May 15, 2020 • Ethics and Quality, Media and Politics, Press Freedom, Recent • by Hossain An Nahid 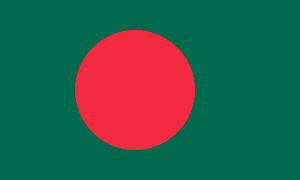 Bangladesh currently stands at 151st place out of 180 in the World Press Freedom Index compiled by Reporters Without Borders (RSF). It therefore comes as no great surprise that the government’s response to the coronavirus crisis has been to subject the media to close surveillance and to detain anyone who criticises government policy, on the grounds that they are spreading misinformation.

Bangladesh is one of the most densely populated countries in the world: more than 164 million people live in a territory measuring 147,000 square kilometres, which works out as an average of around 1265 people per square kilometre. As soon as the coronavirus began to move on from China, experts warned that Bangladesh’s huge population and the authorities’ failure to take seriously enough the threat represented by the virus made the country highly susceptible to the rapid spread of Covid-19.

The first cases of Covid-19 in Bangladesh were confirmed on 8 March, just as the entire country was getting ready to mark the 100th anniversary of the birth of Sheikh Mujibur Rahman, the man venerated as the father of the nation. The Bangladesh government had invested a huge amount of time and effort into preparing for this momentous occasion, and the confirmed arrival of coronavirus in the country just over a week before the anniversary on 17 March threw it into disarray. With so many resources tied up in the organisation of the anniversary celebrations, government agencies, ministries and institutions struggled to devise a coordinated strategy to tackle the outbreak. It was not until the following week, when the number of confirmed cases began to rise sharply, that the government took the decision to shut down all educational institutions.

According to Bangladesh’s Institute of Epidemiology, Disease Control and Research (IEDCR), by 15 May 20,065 cases of Covid-19 had been confirmed in the country and 298 people had died from the disease. However, David Bergman, the English editor of the Sweden-based but Bangladesh-focused investigative news website Netra News, believes that the real number of people infected with the virus in Bangladesh is likely to be far more than the government is prepared to admit. On 28 March, Netra News published a leaked interagency memo of the United Nations, which warned that up to 2 million people could die of Covid-19 in Bangladesh unless urgent measures were taken to halt its spread in the country.

Human rights organisations have been warning for some time of the cramped and insanitary conditions endured by Rohingya refugees living in the world’s largest refugee camp in Bangladesh’s Cox’s Bazar region. Around one million Rohingya are encamped there, and aid workers have warned of a potential humanitarian disaster if the virus takes hold in an area where there is a population density of between 40,000 and 70,000 people per square kilometre.

So far, the topic has only been dealt with marginally in the Bengali media, though the daily Ittefaq has written about the growing panic among the Rohingya refugees. The Dhaka Tribune noted that the overcrowded conditions meant that the Rohingya community was particularly vulnerable. However, Netra News reported in April that the refugees’ lack of trust in the healthcare services provided for them meant that many feared what would happen to them if they were sent to isolation facilities and would refuse to cooperate with the authorities. On 14 May, one Rohingya refugee and another person in the Cox’s Bazar area tested positive for the virus, raising fears that many more could succumb to Covid-19.

In September 2019, the authorities imposed an internet shutdown on the Rohingya refugee camp, describing it as a security measure. Human rights organisations have called for internet access to be restored, saying that the blackout is denying camp residents access to vital information about the coronavirus pandemic and putting lives at risk.

Impact of the infodemic

According to UNESCO, the adult literacy rate in Bangladesh is about 74 percent. And by February 2020, according to the Bangladesh Telecommunication Regulatory Commission (BTRC), the total number of internet subscribers in the country was nearly 100 million. This means that for many people, their preferred source of information – and inevitably also of misinformation – is social media. A lot of myths around coronavirus and how to avoid being infected by it have gained traction on social media. These include the myths that the risk of contracting Covid-19 can be reduced by prayer and other religious practices, as well as by drinking hot spiced tea.

Many Bangladeshis were ill informed about more effective ways of reducing the risk of infection, so that when the government announced the shutdown of all offices on 23 March, there was a sudden mass exodus from the capital Dhaka to the countryside, with thousands of people crammed into packed buses and trains as they attempted to reach their home villages, greatly increasing the risk of passing on the disease to their fellow travellers.

On 24 March, the government announced that it had set up a unit to monitor the news and information on coronavirus being put out by media outlets and social media platforms. Following an outcry from journalists’ organisations, the Ministry of Information said that it had withdrawn its original plan to monitor private television channels but would monitor social media platforms and other media outlets to determine if any misinformation relating to coronavirus was being disseminated.

A few days later, it was reported that six people had been arrested in Dhaka “for spreading coronavirus rumours”. Human Rights Watch expressed concern that the authorities had apparently been targeting academics researchers and opposition activists for publishing academic papers and social media posts related to the spread of Covid-19 in Bangladesh. The organisation called on the Bangladesh government to “stop abusing free speech and start building trust by ensuring that people are properly informed about plans for prevention, containment, and cure as it battles the virus”.

This is an updated version of an article that originally appeared on EJO’s German-language site with the headline “Bangladesch: Die Corona-Krise und die Medien“.

Hossain An Nahid is a Europe-based Bangladeshi award-winning journalist, researcher and development activist. He writes under a pseudonym.
» Ethics and Quality, Media and Politics, Press Freedom, Recent » Bangladesh: Coronavirus and the media