Killer Technology: Is TV next on the black list? 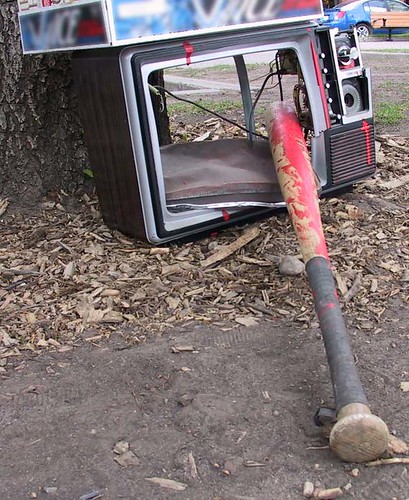 Before the newspaper industry actually makes it to the media graveyard, experts predict another medium (television) may face the Reaper as well.

In his blog “Reflections of a Newsosaur,” Alan Mutter, a media and technology analyst, asserts that the Internet may pose  a significant threat to television.  High-speed Internet and the new IPTV will soon strangle traditional television as consumers realize they can watch anything  hosted on the Internet directly on home televisions. While this not-yet-so-popular invention is an evident benefit to consumers, managers of local TV stations should be concerned about losing already scarce audiences and the ad revenues that accompany ratings. Mutter warns that if the problem is not addressed now, in five years television will face a crisis similar to one that newspapers encountered five years ago.

Rukhshona Nazhmidinova's journalism experience includes working with as the Associated Press correspondent in Tajikistan (2003-2004) and assistant to the editor at the Central Asian Bureau of Agence France-Presse (2004-2006). Currently, she is working on her PhD dissertation at the Università della Svizzera Italiana. Her research interests include communication strategies via new media.
» Digital News, Media Economics » Killer Technology: Is TV next on...