Report: Have Digital-Born Media Expanded Too Far, Too Fast? 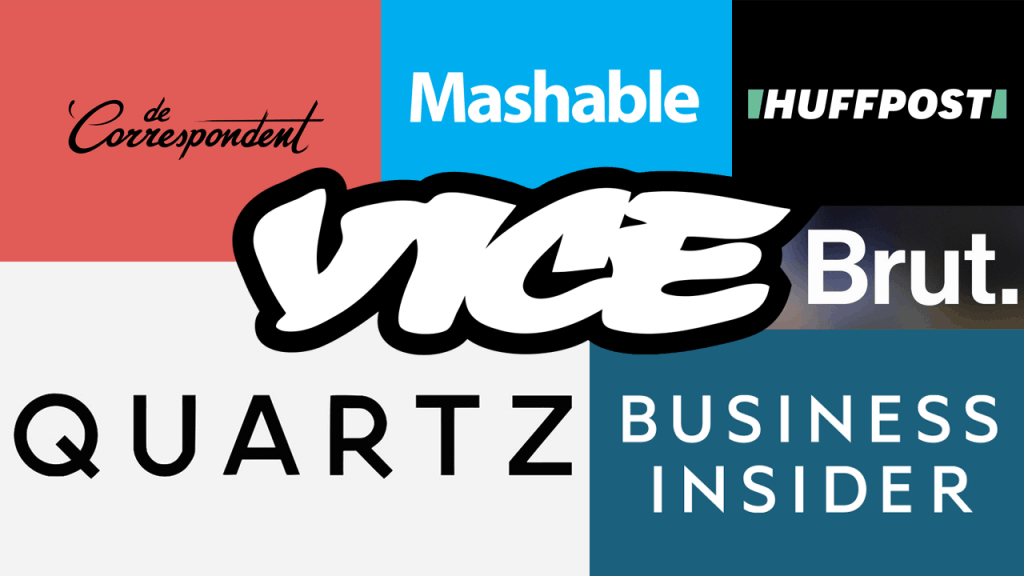 Digital-born media companies face a gloomy future: while Google and Facebook see their ad businesses flourish, even the largest digital media companies are struggling to overcome challenges to their advertising-based business models.

November was a particularly tough month. Verizon’s Oath, which includes outlets such as The Huffington Post, Yahoo, TechCrunch and AOL, laid off another 560 staffers. Mashable was sold for just $50 Million, significantly short of it’s its 2016 valuation of $250 million.

Most shocking for many, however, was the news that BuzzFeed and Vice, both behemoths of the digital media market, would miss their revenue projections for 2017. BuzzFeed expects to fall short of its target by 15 to 20 percent and has announced that it plans to lay off 100 staffers as a consequence.

Behind the scenes of digital-born news media

Against this backdrop, the Reuters Institute for the Study of Journalism has published a new report examining the difficult environment facing digital-only publishing. The report looks at seven different media across the United States, France, Germany, the Netherlands and the UK.

The report finds that “these media, often on the basis of venture capital funding or other deep-pocket backers, have pursued an expansive global strategy oriented towards securing audience growth first, expecting to generate profits later from advertising.” All the studied outlets pursue an expansionist strategy which mostly targets the United States, plus one or more additional markets. Perhaps unsurprisingly, the authors note that these digital-born outlets focus on high-income democracies where Internet use is widespread and digital media capture a large share of overall advertising.


A key finding concerns the distribution strategy of the respective outlets. The report highlights that several of them use a combination of on-site (when content is published on their own sites) and off-site (content is published via a third-party such as social media platforms) distribution, coupled with aggressive search engine optimisation and promotion of content on social media. The aim is to build large audiences across multiple countries – helped by free content.

The report analyses the business models of digital-born players. Digital display advertising, especially for strongly internationally-oriented news media, is “an increasingly challenging market due to the move to mobile, the rise of programmatic, competition from large platform companies, and the spread of ad-blockers.”

Pay or member models are rare and so far most digital-born news media remain in growth mode, rather than being consistently profitable.

Lastly, the report emphasises the difficulties of expanding across multiple markets. Outlets have to deal with tensions between “globalising and localising pressures, decisions about whether to partner or go alone, maintaining consistency in branding and tone across multiple editions and languages catering to sometimes very different markets and the challenges of coordinating global newsrooms.”

Where do digital-born media stand in the media ecosystem?

Despite seeing themselves as niche publishers catering to specific audiences, in terms of content all the studied outlets compete with both legacy incumbents and domestic digital-born news media. The report further stresses that challenges faced by HuffPost, Vice and Co. are similar to those of other outlets.

They, too, have to think about how to “develop editorial, distribution, and funding strategies that enable a sustainable, perhaps even profitable, production of quality news in an increasingly digital, mobile, and platform-dominated media environment.” Are these outlets innovative? It seems so. But are they disrupting the industry? Maybe not so much.

So what are the main strengths and weaknesses of internationally oriented digital-born news media? According to the report, their strong points include “a leaner organisation and a clearer strategic focus plus editorial identity than most legacy media,” and a “more effective use of technology, both in terms of platforms like search and social and in terms of in-house tools for automating and enabling work.” Yet, they are not without flaws. Their reliance on digital advertising as the main revenue stream and their dependence on platforms, especially Facebook, are severe risks to their survival.

Finally, Nicholls, Shabbir and Kleis Nielsen also make a prediction which should unsettle all-too enthusiastic proponents of these media. “The overall digital news situation,” the authors write, “resembles a digital content bubble where most providers continue to operate at a loss […]. This bubble will eventually burst unless more diverse and sustainable business models are found.”

*The full report The Global Expansion of Digital-Born News Media is published by the Reuters Institute for the Study of Journalism and is available here as a pdf.

You may also be interested in the first part of this study: Digital First: Europe’s Digital-Born News Media

Felix Simon is a journalist and researcher and a graduate of the University of Oxford’s Internet Institute (OII). He is the former acting editor of the European Journalism Observatory and works as a research assistant at the Reuters Institute for the Study of Journalism. His writing on tech, politics, and the media has appeared, amongst others, in the “Frankfurter Allgemeine Zeitung”, “Die Welt” and “Der Freitag”, the Swiss “NZZ” as well as in the “Telegraph” and “The New European”. He has published in journals such as “Journalism Studies” and “Transformative Works and Cultures”. His research focuses on political communication in the digital age, big data in politics and the entertainment industry, as well as the changing nature of journalism and the media in the 21st century. He also takes a side interest in populism and the future of disinformation. He tweets under @_FelixSimon_.
» Business Models, Digital News, Media Economics, Research, Short stories » Report: Have Digital-Born Media Expanded Too...