Who Tweets on Behalf of the Media? 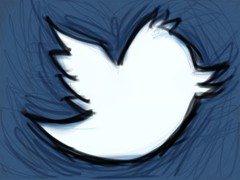 Many media leaders are now asking whether tweets should be accredited to their publishing houses and if so, how should this be done? In Latvia, one of the largest national publishing houses – Žurnāls Santa – faced a new branding obstacle when developing a common concept for the promotion of magazines on social media platforms.  Žurnāls Santa’s editor-in-chief of homepages, Ilze Olšteina, reveals the key issues that surfaced during the course of development, directed primarily at media marketing and editorial management.

What do we already have?

For starters, regulation of journalists and media employees can be tricky.  If journalists are already active on Twitter, can they be forced under contract to actively promote their employers?  Conversely, if a popular media personality is not tweeting, can a publishing house force him or her to tweet for marketing purposes?

One option is to tweet using the name of the specific brand, be it a magazine, radio station, or television program.  Another option would be to encourage employees of popular media to tweet on behalf of their employers. For example, an editor-in-chief could tweet about her magazine, or a meteorologist about his news broadcast.

The best option would be to develop a system similar to the one used by Deko editor-in-chief Agnese Kleina. Kliena is thought by many to be the most popular Latvian fashion blogger, with nearly 5000 followers on Twitter.  While the majority of Kleina’s followers focus on tweets generated from her fashion blog, she also tweets about her magazine, thus generating traffic and interest among a new and diverse audience.

The strategy utilized by Deko and Kliena could work for other types of media as well. By modifying the employment agreement and specifying loyalty expectations for employees, publishing houses could protect their content and journalists. Examples of regulations could include a clause stipulating that employees avoid promoting content not produced by their own publishing house.

Should we use the media name?

One popular method to promote print publications on Twitter is to promote specific editions, covers, or issues on or near their release date.  While this again relies on linking directly back to the magazine or newspaper site (thus increasing traffic), the downside is that pay preview features often block direct links to stories.  An answer to this problem would be to create a media website similar to Draugiem.lv or Facebook, with more extensive information in order to provide added value to tweets.

In the meantime, Žurnāls Santa continues moving forward with their innovative Twitter design.  By compiling a large library of digital offerings, the content of all magazines can be purchased both in the printed and digital format; therefore the Twitter messages and their included links let users see if content is worth buying.

If a media group decides that the publishing house, television or radio station will tweet under its own brand, another question arises; will followers be interested in these tweets? This is doubtful considering most readers have no idea which publishing house publishes the material s/he reads.

In Latvia, the weekly magazine IR managed to adjust the loyalty of their employers in order to align their collective social networking power to benefit their publication. Tweeting under the name IR, the magazine has amassed 10,000 followers, in addition to the private accounts of many of the magazine’s biggest personalities. In order to become a leader in this niche, the journalists and editors of IR have made every effort to understand how their media can be promoted using social networks.

The obvious drawback of investing employee time for Twitter would be low numbers of followers and loss of productivity for the publication. On the other hand if employees foster motivation and an understanding of how to attract attention on Twitter, the activities of successful social networking employees can attract a great deal of attention. However, there should be a couple of conditions set for these motivated employees, for instance, that they do not lead their followers to other media with their messages and do not encourage discussions about the content developed by other media.

» Digital News, Ethics and Quality » Who Tweets on Behalf of the...