10 Apps That Will Immediately Boost Your Mobile Reporting 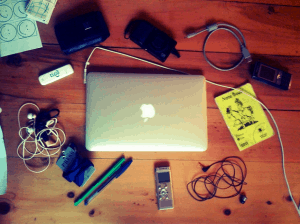 It’s not far fetched to say that David Ho knows a thing or two about mobile and online journalism. He was founding editor of the Wall Street Journal’s iPad edition in 2010, back when tablets were still cutting edge. Recently he was named the Journal’s executive mobile editor, responsible for developing and managing iPad and iPhone apps as well as Android products. A pioneer of all things mobile journalism, Ho is not shy to describe himself as “the world’s most experienced mobile and tablet news app editor.”

For Ho, the digital enthusiast eager to preach the tech gospel to analogue journalists, technology should be fun. “Technology is painful when it’s mandatory, when skills are pushed on people,” he said in an interview. “You beat that by getting in front of it, by making it fun, like a part of your life.”

Ho, a reporter with a background in coding and page design, says his job is to bring technology and journalism together. In addition to his job at the Journal, Ho has trained more than 2,500 journalists to use mobile tech in their work. He also teaches a graduate course on emerging platform journalism at CUNY. With presentations like “50 Apps in 30 Minutes” he always draws a wide audience at journalism conferences.

His message is simple: “Mobile is not the future, mobile is the present. Mobile is not coming, mobile is here. Mobile is now. If you are just now welcoming mobile into your journalism world, you are not racing to embrace the future – you are playing catch-up. I say this not to depress you, but to convey a sense of urgency.”

We’ve selected 10 apps (all for iOS and Android), recommended by Ho, that will immediately boost your online reporting – the comments about the apps are not Ho’s, but ours.

Thomas Schmidt is a doctoral student at the School of Journalism and Communication at the University of Oregon. Prior to his academic career, Thomas was a reporter for Kleine Zeitung, Austria’s second largest daily newspaper, the monthly narrative magazine Datum, and ORF (Austrian Broadcasting Corporation). He also served as the inaugural director of “biber-Akademie”, a training program for young would-be journalists from immigrant families in Vienna.
» Digital News, Recent » 10 Apps That Will Immediately Boost...