Does Virtual Reality Have A Future In The Newsroom? 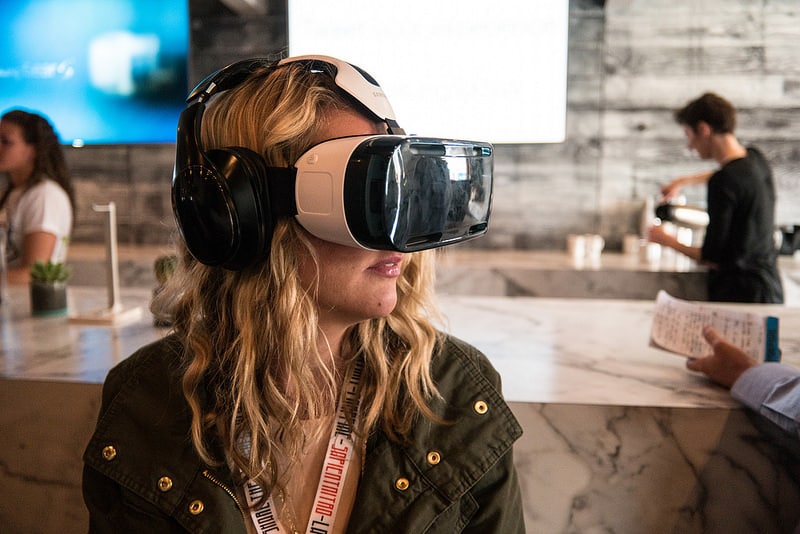 The future of news?

Virtual Reality (VR) has evolved from its early experimental phase to become a strategically key, more integrated part of many newsrooms globally.

But how are news organisations addressing the challenges of content and user experience? And will VR ever become mainstream?

A new Reuters Institute report, VR for News: The New Reality? examines the major challenges to the ongoing development of VR – both in terms of content and application, and technology. It also asks whether VR has a role in newsrooms of the future.

The report’s author, Zillah Watson, has led the editorial development of VR experimentation at the BBC. She interviewed more than 20 leading figures in US and European news organisations about VR.

“The speed of development of VR in news has been incredible but to achieve VR’s true potential we now need to make VR work for audiences,” Watson said.

“We can shape the future, with a genuinely creative technology, with the potential to transform the way news output is made and consumed. Both the news and tech industries are aware of the challenges that need to be overcome. To bring audiences the many benefits of VR, they need to continue to work together to solve these problems.”

Larger organisations should be investing now to stay ahead and gain critical advantage, Watson argues. They should take their lessons from the rapid development of the web, which left many news organisations struggling to adapt to profound technology changes. Smaller organisations could focus on low-cost 360 investments or partnerships on bigger projects to develop capacity.

While technology developments will largely be in the hands of tech companies, news organisations can impact content. The focus should remain on making great experiences suited to the technology. With costs for high-quality VR still prohibitively expensive for consumers, 360 could be a good short-term solution to increasing the availability of content.

Platforms and device manufacturers need to focus on improving hardware and common platforms to provide a frictionless user experience, affordable headsets and bandwidth. The news industry needs to work together on this to create common goals and a united front with which to lobby tech platforms.

Audience participation in VR is the only sustainable way to monetise the technology. For this, audiences need to be at the heart of future plans. Consumer literacy will be key to engagement and news organisations need to show their audiences why VR is a new technology worth engaging with.

About the report’s author

Zillah Watson has led the editorial development of virtual reality experimentation at the BBC, with a focus on news. A former current affairs producer and head of editorial standards for BBC Radio 4, she has worked in BBC Research & Development for the last four years to understand the future of content, and online curation. She was executive producer of ground-breaking 360 VR films including Inside the Large Hadron Collider 360, The Resistance of Honey, and Fire Rescue 360, all of which have been featured at international film festivals. She produced the first 360 BBC report from the Calais migrant camp in June 2015, and the first newsgathering 360 report with Matthew Price in the immediate aftermath of the Paris terror attacks in November 2016. She was executive producer of the award-winning interactive CGI VR productions The Turning Forest and We Wait.