Tunisia: Coronavirus and the media 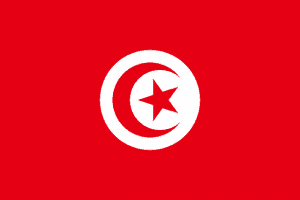 After the first case of Covid-19 in Tunisia was confirmed on 2 March, the Tunisian media began to treat the coronavirus as the top story. The fact that Tunisia is the African country nearest to Italy helped to raise awareness of the seriousness of the threat and the need to take measures to prevent the disease from spreading rapidly. By 25 March, there were 200 confirmed cases in the country and six deaths had been recorded.

As in most countries, the onset of the pandemic presented both the government and the media with an unprecedented challenge. And similarly to elsewhere, to begin with most exchanges on information about the topic took place on social networks (with around 7.5 million subscribers, the penetration rate of Facebook in Tunisia is quite high: going on for 70% of the population).

Ensuring that reliable information about the situation reaches the public has been a severe test both for officials and journalists. In terms of public communication, the Ministry of Health soon emerged as the go-to source for the media. The minister himself and two senior officials with responsibility for the handling of infectious diseases have become familiar figures thanks to their ubiquity on TV talk-shows.

The practical arrangements for the Ministry of Health’s communications to the media were at first disastrous. Journalists were invited to a long-anticipated press conference in a closed and cramped room, though official advice was already for people to maintain a distance of at least one metre between each other in public places. The Ministry’s press briefings have since then been held on the outside steps of the building. In terms of online communication, the Ministry’s website often freezes, but its Facebook page is accessible even if it is not always updated.

Following criticism of some media coverage that focused on ways of preventing the spread of the virus, especially the coverage of some television and radio stations whose programmes featured guests who were not always professionally qualified to speak on the subject, the country’s audiovisual regulatory authority, the Haute Autorité Indépendante de la Communication Audiovisuelle (HAICA), decided to take action. On 18 March, HAICA requested that the country’s National Medical Council provide a list of specialists in epidemiology.

On 13 March, the Tunisian journalists’ union SNJT issued a statement in which it set out editorial guidelines for covering the crisis. The statement recommended that the media should:

Some of the SNJT’s guidelines have proved to be controversial. For example, the statement says that the identities of those who have contracted the virus should not be revealed. However, it is difficult to see how this recommendation designed to respect anonymity can be observed consistently, when some regional authorities have decided that people who have been compulsorily confined should be required to wear an armband.

Dr Abdelkrim Hizouai is Professor of Media Regulation at IPSI, the Tunisian public school of media and communication, and Director of the Arabic Journalism Observatory (AJO).
» Ethics and Quality, Media and Politics, Recent » Tunisia: Coronavirus and the media