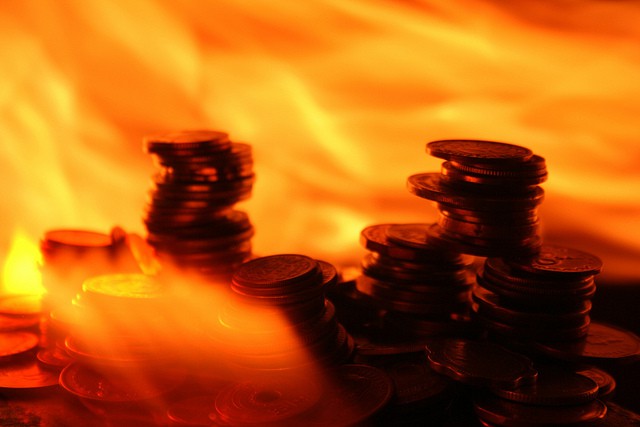 The first academic study of the economic structures of ‘oppositional’ news sites – outlets directly critical of the regimes they cover – has identified the significant fundraising challenges they face. It concludes they should experiment with alternative ways to pay for their journalism, in order to remain financially, as well as politically, autonomous.

Fragile finance: The revenue models of oppositional news outlets in repressive regimes, by Clare E Cook, examined 19 independent news outlets in countries and regions including Uzbekistan, Syria, Zimbabwe and the Caucasus. Case studies highlight the dangers faced by these platforms: journalists have been killed, threatened and imprisoned, sites have been shut down, subject to cyber attacks and their offices destroyed.

Opposition news outlets were categorised as either ‘exiled’ (‘a media outlet that can no longer function in the country […] and operates in either self-imposed or enforced removal due to danger.’ Exiled outlets feed independent information into a dangerous country of origin from outside it); and those based within ‘restrictive’ environments (providing counter-information from within the repressive country).

Both exiled and restricted news outlets exist in flawed markets.  This often forces them to rely on grant funding, rather than to seek other, less reliable, income sources.

One Zimbabwean journalist, working for an independent news outlet, explained that foreign aid and grants feel “more efficient than moving into less known spaces.  We have years of experience in donor funding and almost none around the other revenues.”


Relying on grants alone has become a perilous business model, however. Often, foreign aid can be tied to foreign policy interests of the donor countries, resulting in lengthy processes and specific criteria that must be fulfilled by applicants.

Funders now also look for evidence of diversified revenue. They increasingly regard their grants as core – or start-up – funding, rather than the sole source of income.

Growing pressure on independent media to finding other funding sources has led some to fail.  Long-standing information providers, such as Short Wave Radio (Zimbabwe) and Uznews.net (Uzbekistan) have closed due to lack of funding.

Nearly half (47%) of news outlets studied had experimented with monetisation through a mix of display and native advertising. Yet such methods generally provided erratic sources of income due to a general lack of understanding around advertising types and terminology.

Cook highlighted one successful case in which a number of independent media sites had collaborated to form a single platform. This created a potential global market for advertisers and generated income from international advertising that might otherwise have been elusive.

In this case a revenue share model was applied, and participating media outlets were paid 70% of income generated. The main benefit of working as a joint network was the capacity to distribute the infrastructure cost of setting up advertising structures, lowering the cost for individual news outlets.

Many sites reported that advertisers were generally unenthusiastic about being associated with oppositional media, however.  One news platform, covering the Caucasus, said: “We write about disappearances, tortures, the hardest stories on human rights violation, and advertisers do not want to be associated with that.”

In poorer countries, such as Zimbabwe, print sales contributed to a larger proportion of earned income than advertising (up to 60% in one case).

Most (14/19)  of the media interviewed for the study had experimented with donations, crowdfunding and micro-donations of some sort. However only seven had earned any money from these activities and even then the amounts were low.

One Uzbek outlet had experimented with Flattr, a social micropayment site, where users ‘tip’ the content they like using credit cards or PayPal. Yet only a fraction of the overall budget was covered by donations. Apathy and poverty were listed as major obstacles to the micropayment model.

An Uzbek outlet recalled: “People are not very politically active and take everything for granted”, whilst a Zimbabwean media worker said: “Everyone is poor […] even those in the diaspora work their butt off in the first world to send enough back home, so the last thing on their minds is donating to media.”

The practicalities of banking and payments can cause privacy issues for underground oppositional news organisations and also hinder revenue generation, the study found. Digital payment platforms, such as PayPal, often require specific bank details, which could be tracked by governments. This could render the media outlets and their financial supporters more vulnerable.

Setting up alternative digital structures requires technical expertise – often lacking in restricted and exiled media. However, a coordinated approach between multiple outlets (similar to the advertising network discussed above) could be an interesting solution to better enable anonymous donations, online and mobile payments, which would be too expensive to set up alone.

Is fragile finance the price of independence?

Regardless of efforts to diversify revenue streams and optimise funding, the research results beg the question: is fragile finance a hallmark of oppositional news media? In other words: is the disaffiliation with all things alluding to profit perceived by readers as the badge of honour of a truly uncompromised press?

This further complicates the issue of financing. As one Syrian journalist lamented: “[Readers] are listening to us exactly because we are struggling and non-profit. If they felt we were making money out of it they would lose faith.”

The research concludes that the approach most widely-adopted across independent news sites has been what Cook describes as the ‘bricolage’ method, whereby, restricted and exiled, oppositional news outlets ‘make do’ by applying a combination of the aforementioned revenue streams.

This ‘make do’ business model, forced upon opposition outlets, is necessarily creative, collaborative and diversified. Perhaps, the study concludes, it could offer managers in more mainstream news organisations an original, innovative range of funding alternatives to consider.

This article was first published on German EJO