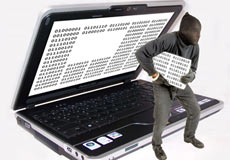 Since the publication of Wikileaks’ latest wave of documents, the world seems to be spinning upside down.

Not only has the U.S. diplomacy been snubbed, but the Wikileaks servers along with those of mega companies like Mastercard, Visa, Paypal and eBay have been paralyzed. At least everyone now has a sense of what a cyber-war might look like once several sides are engaged. And any amount of reflection should lead us to understand that the Wikileaks publications will bring our democracies not more but less transparency in the long run. Paradoxically, political elites see themselves regressing to tribal forms of interaction. Like Indian chiefs of days past, they’ve returned to bargaining about important issues verbally, sans protocol or telephone.

Nearly a year ago, this little difference was clarified by the Reuters Institute in Oxford: Whatever is in the “public interest,” which means whatever serves the common good, should also be made public. The classic examples being not only the Pentagon Papers, which were made public by the New York Times and the Washington Post and thus marked the beginning of the end of the Vietnam War, but also the video recorded attack of the U.S. Army on civilians in Iraq recently published by Wikileaks.

If, to the contrary, renowned representatives of the Fourth Estate like the Guardian, Spiegel, Le Monde and El Pais lend helping hands to data thieves in order to shed light on the diplomatic routines of a world power and to circulate buzz rather than disclosing illegal behavior, the only motive which can be claimed is that of serving the public’s interest. The media will act in the interest of an ever-curious public, yet at the expense of damaging the public interest of democracies, and perhaps even the world community. The acclaimed “Pro Am” cooperation of media professionals with amateurs, which many Internet gurus foresee as the future of journalism, is being transformed into something more akin to “Pro Crim,” a cooperation of high-handed journalists and criminals, where both sides claim to reside above the law.

European Journalism Observatory co-founder and until 2018 Professor of Journalism and Media Management at the Università della Svizzera Italiana in Lugano. Frequent contributor to Neue Zürcher Zeitung (NZZ) and Der Tagesspiegel (Berlin), as well as to the specialist publications Schweizer Journalist and Der österreichische Journalist.
» Ethics and Quality » The Little Difference