More Science for All? 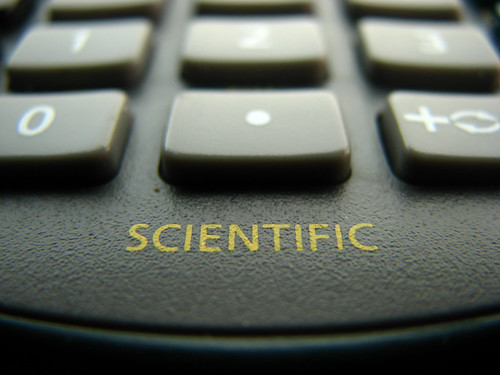 While other countries have been diagnosed with a “science journalism crisis,” Christina Elmer, Franziska Badenschier, and Holger Wormer of the University of Dortmund report a boom in Germany’s science reporting.

In Journalism and Mass Communication Quarterly (4:2008), the researchers notice a leap in the volume of science reporting, also observing a viral effect: reporting in the Frankfurter Allgemeine Zeitung, the Süddeutsches Zeitung, and Die Welt seemed to stimulate other papers. The researchers closely analyzed 4,077 science-related articles published in three leading German newspapers from 2003-2004 and 2006-2007.  In total, they observed an increase of 48 percent in science-related reporting.  Remarkably, the number of science-related articles outside the science section increased by 136 percent.

Scientific themes were thus increasingly “diffused” throughout other sections of the newspapers. Reporting on medicine and the biological sciences had consistent and particularly strong reverberations in the media. Environmental subjects experienced a comeback. In the period studied by the researchers, environmental issues displaced technology from the top of the list of the most widely covered science-related subjects.

Science: For Media Managers Too

In the future, Cinzia Dal Zotto would like to prescribe a dose of science to an entirely different clientele. In her inaugural lecture at the University of Neuchåtel she reported a substantial increase in professional demand by managers of media concerns. In particular, newspapers would complain that their publishers did not adjust early enough to the “inevitability of technological change.” In the meantime, while the newspaper staff “gradually” adapted, there remained a failure of leadership in the strategy and planning divisions, and also frequent gaps in knowledge of editorial procedure.

Ms. Dal Zotto, who oversees the first Master’s program for journalism and media management in Western Switzerland, also displays the unique diversity of newspapers in Switzerland: there are still 448 newspapers that publish at least two days a week. That’s 46 pages for every million inhabitants.  In other European countries, the ratio is generally far lower. At the bottom of the list is Italy, with 1.6 newspaper pages for every million Italians.

Jumping from the south to the far north of Europe, we turn to focus on communications management at an international congress held at the Turiba Academy in Riga at the end of May.  One should always see a partially-filled glass as half-full and not as half-empty, as did Inese Lukasevska, a public relations major and co-organizer of the congress’ first term. Her statement, which was replete with the “Yes We Can”–style optimism of young professionals, contained an underlying truth about the increasing difficulty of distinguishing between PR and journalism. A good journalist differentiates from a PR spin doctor through perspective, seeing the half-empty glass and seeking to fill it with material researched independently.

If editing is downsized to the degree that it has been in the Tages Anzeiger and the Bund, journalistic research will turn into a luxury.  The balance between pubic relations and journalism is in a period of adjustment.  The danger for journalism is that the PR professionals are always more likely to present a half-empty glass as full.  The more meager the journalistic standard of proof becomes, the more likely it is that PR people will treat us as if we were customers at a bar: our glass mugs half full of beer, with the other half full of nothing but foam.

This is an inevitable and obvious risk, and there’s another still. In the end, the PR crowd of universities and research facilities gain the upper hand over the editors.  And so the wishful thinking of the Dortmund researchers continues: “at times in which analysis is motivated more by economics than by genuinely scientific interests” one hopes for “critically-minded news coverage.”

European Journalism Observatory co-founder and until 2018 Professor of Journalism and Media Management at the Università della Svizzera Italiana in Lugano. Frequent contributor to Neue Zürcher Zeitung (NZZ) and Der Tagesspiegel (Berlin), as well as to the specialist publications Schweizer Journalist and Der österreichische Journalist.
» Specialist Journalism » More Science for All?