No democracy without diversity: Why we need more diverse newsrooms 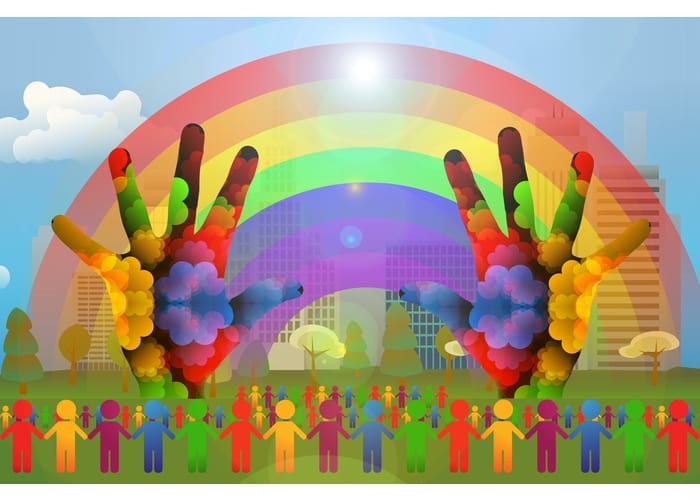 The year 2020 will be remembered for the unprecedented global challenges triggered by the COVID-19 pandemic. But though we are all suffering the same crisis, the differences and inequalities that define our communities have come into the spotlight as the anti-Semitic and racially motivated attacks in Germany and the killing of George Floyd by US policemen gained international attention.

Debates about race, social justice and diversity have taken on new importance. Discrimination has leaked into many areas of society – including into the professions of media and journalism. EJO takes a look at studies of newsrooms around the world. What they show is that journalism is not yet diverse and is mostly white and male.

“Well educated, white men from a bourgeois background dominate the German newsrooms,” Hristio Boytchev, science journalist and co-author of the study ‘How Diverse is the German Media?’, explained to EJO. Published in May 2020, the research project is led by the Neue Deutsche Medienmacher*innen, a national alliance of journalists advocating for more diversity in the media.

Their study shows that newsrooms in Germany do not mirror the diversity of the country’s population. This does not only affect journalistic standards but also the public discourse, say the authors.

No democracy without diversity

“Not least because of the constitutional mission of the media, the question about representation of all social groups in journalism, is a question of democracy and equity,” the authors explained. The study is mainly based on interviews with the editors-in-chief of the biggest German media houses. It analysed awareness of their staff’s ethnic background; their commitment to industry resolutions on diversity; and the concrete measures they are taking to boost diversity.

The results are disillusioning. They reveal that only six per cent of German editors-in-chief have a migration background, and more than half of them come from neighbouring states and other EU countries. There are no black or Muslim people at this level, nor representatives from the three largest groups of immigrants in Germany – Turkey, Poland and Russia.

Beyond the executive offices, newsrooms are often more diverse. However, the ratio of journalists with a migration background is far from representative of the 25 per cent of non-native Germans.

“I feel like there is a lack of sensibility for the topic,” Boytchev says. “When I myself as a white member of the educated class sit in a newsroom full of other white middle-class intellectuals, I won’t realize that this homogeneity is just a small part of society – and that it could be a problem.”

German newsrooms are not the only ones needing to improve diversity. The University of Oxford’s Reuters Institute and the Johannes Gutenberg study ‘Are Journalists Today’s Coal Miners?’ analysed approaches to diversity in German, Swedish and British media outlets.

Their interviews with editors show that, while there are many women in a variety of posts across newsrooms, they often earn much less than their male colleagues. Also, there are not many reporters from a non-urban context or a working-class background. Many editors-in-chief blame this on a lack of language skills and lower levels of education.

Another study from Reuters Institute – ‘Race and leadership in the news media 2020: evidence from five markets’ – highlights the underrepresentation of Black, Indigenous and People of Color (BIPoC) editors in Brazil, Germany, South Africa, the UK and the US. They investigated a sample of 100 digital and analogue news media. Though all of them are so-called post-migrant countries, only South Africa showed a significant number of black editors-in-chief (68 per cent). According to the study, there were only two in the US, one in Brazil and none in Germany and the UK.

But why is it important to have diversity in newsrooms? Because whoever writes the articles, takes the pictures, asks the questions, determines the topics and sets the angle, colours the coverage and influences the journalistic outcome. Diverse journalists lead to diverse perspectives.

One of the agenda items of this year’s Global Media Forum of Deutsche Welle was the importance of diversity in international media. Deutsche Welle director Peter Limbourg pointed out that marginalised groups are exclusively being casted in the role of victims. He stressed that, especially in times of refuge, mass migration, Black Lives Matter protests and racist and anti-Semitic terror, it is important for newsrooms to access different communities and minority groups, and tell their stories.

But do media managers see its importance? According to Boytchev’s study, approximately 60 per cent of the interviewed German editors agreed that diversity in newsrooms is important, while thirty per cent were neutral and about ten per cent were resistant to the idea.

He said: “Many say that the topic is important to them. But how many of them are serious? That we do not know. There is a huge gap between the pretended claim for more diversity and the appropriate measures. This shows us that there is a lot of room for improvement.”

So, what can be done? The Neue Deutsche Medienmacher*innen study suggests effective diversity strategies, including:

Boytchev points to the need to address institutional racism. He said: “The structural racism that is being discussed for months – especially in the context of the police – reveals structures and processes in organizations that systematically discriminate against BiPoC…. journalism is not free of racism.”

If you liked this story, you may also be interested in: How do the European media cover migration?

Johanna Mack is on the staff of the German EJO. She is studying for a PhD as part of the Medas 21 (Media Development Assistance in the 21st Century) programme and also supports various projects at the Erich Brost Institute in Dortmund. // Roman Winkelhahn is a student assistant in the German EJO team and is studying journalism and economics at TU Dortmund. Prior to this, he worked as a freelance journalist for various regional and national media.
» Ethics and Quality, Recent » No democracy without diversity: Why we...