Spain: Coronavirus and the media 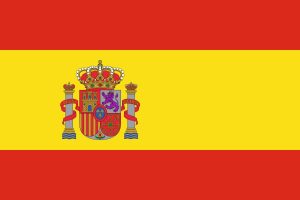 The focus of the Spanish media’s coverage of the coronavirus issue has shifted as the number of infected people increased and the measures taken in response to this became more drastic. At the beginning of January, there was only mild interest in what was happening in China, but news coverage was ramped up as the situation in Italy became more serious. When the first cases were detected in Spain, these were seen as a cause for concern but there was a general assumption – encouraged by the health authorities – that they would not lead to a nationwide public health emergency.

Media coverage changed radically after the government decreed a “state of alarm” on 15 March, under which people were forbidden to leave their homes and a unique central authority with responsibility for health matters (in a quasi-federal country) was established. At the moment, the main emphasis is on ensuring observance of the #nosalgasdecasa (do not leave home) campaign.

Most print media outlets start each day with an update of the death toll and number of intensive care cases, paying particular attention to the situation in Madrid. There is serious concern over the needs of the Spanish health service, with doctors and nurses, personal protective equipment and beds all being in short supply. At the same time, there are regular reports on the extraordinary measures being adopted, such as hiring new doctors or converting hotels into hospitals.

Every day readers can learn about personal stories: citizens who have suffered the loss of relatives, patients who have recovered from the disease and public figures affected by it: ministers, the president of the Community of Madrid and the wife of Prime Minister Pedro Sánchez.

The closure of schools, shops and bars threatens to trigger an economic crisis that the current government (a coalition of the socialist party PSOE and the radical left party Podemos) seeks to tackle with extraordinary measures to support the unemployed and other economically vulnerable citizens. Media outlets have covered the macroeconomic measures proposed by the European Union and international financial institutions, but the main focus of attention has been on the difficulty of implementing extraordinary support measures such as the suspension of rent payments or keeping school canteens open for families with particular needs.

The media have reflected Spanish society’s concern for the elderly, especially those who live in nursing homes and are disabled: some of these establishments have seen outbreaks that have resulted in a high number of deaths in the space of a few days. With most of the 46m Spanish population confined to their homes, the media have sought to provide advice and point people in the direction of resources designed to help them cope with isolation. They have reported on the many initiatives that offer citizens online gymnastics classes, activities for children, e-books and virtual visits to museums.

Support for health workers and the sick

Both the needs of teleworkers and the difficulties of attending and teaching classes remotely have generated numerous reports. The media’s coverage of solidarity initiatives launched by the public – such as people showing their appreciation of the work of health professionals by applauding them from their balconies, or a request for people to send letters of support to the sick who are isolated in hospital – deserves a special mention.

In general, disagreements between political parties have been set aside and replaced with consensus on the necessity for a lockdown. There has been unanimous party and media support for the health authorities, represented by the epidemiologist Dr Fernando Simón of the Health Alerts and Emergencies Coordination Centre, who has been giving daily press conferences.

However, the media have recently begun to give space to some voices in the medical profession who have broken ranks and have started to criticise the health service’s response to coronavirus. Now that people have been confined to their homes for over a week and with no end to this situation in sight, the question is whether there will be a significant shift in media coverage as the political handling of the crisis and the mood in society evolves.

This is a slightly updated version of an article that first appeared on EJO’s Spanish-language site on 20 March.

Héctor Fouce teaches Media Theory and Semiotics in the Department of Journalism and New Media at the Universidad Complutense de Madrid. He was previously a music critic and journalist for the pioneering online magazine LaNetro.com. He writes for several Spanish cultural media outlets.
» Ethics and Quality, Media and Politics, Recent » Spain: Coronavirus and the media