Can We Empower Young Refugees Through Digital Media Literacy Education? 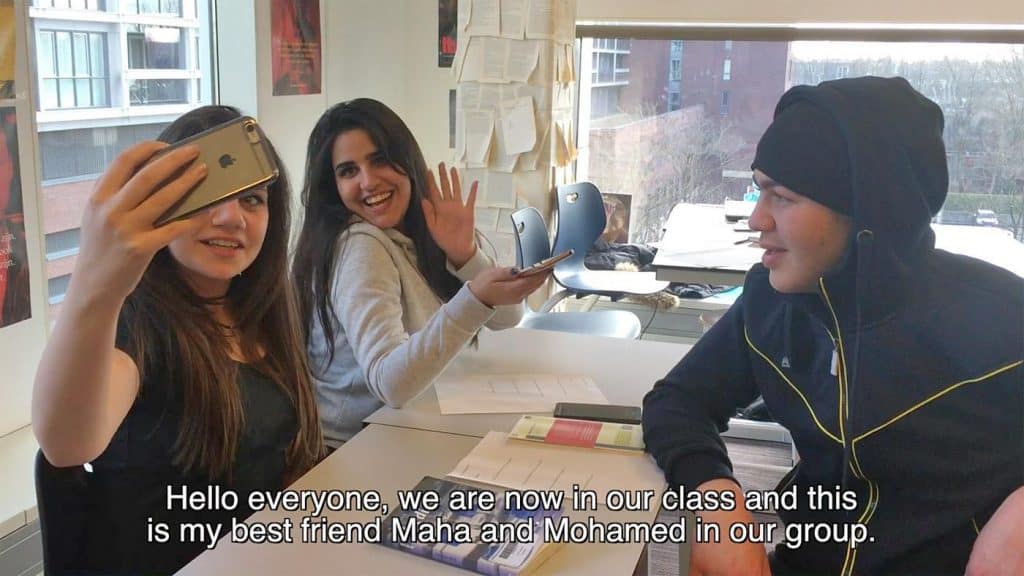 In many European countries asylum seekers are regularly portrayed as “the other” and they are often given limited access to and representation in media outlets. Countering stereotypes about refugees in the media and engaging refugees in the creation of their own representations is a big challenge.

Yet, there are people who are trying to change this situation. A group of Netherlands-based media professors, in collaboration with Ithaka ISK, a Dutch “International Transition Classes” school, developed a program called “Media literacy through making media”. Their aim: to show refugees how to create their own online media content and thus empowering them to create their own stories and representations about themselves.

To achieve this, Sanne Sprenger, Ena Omerović, Hemmo Bruinenberg and Koen Leurs who work for the department of Media and Culture at Utrecht University, trained teachers and 150 refugee students aged between 12 and 18 years in visual media production techniques over the course of running their media literacy project twice in the last two years.

Towards A Better Media Literacy Training

“It all started when one school contacted us because teachers were not happy with media literacy programmes on offer in the Netherlands. Available curricula were mainly focused on informing students about the risks of using digital media and the dangers of “sexting” with less attention being paid to the possible empowering and productive ways of using media,” says Leurs. The directors of the school had also noticed that every refugee student had a mobile phone, but they weren’t sure how to use them as part of their pedagogical practice. Consequently, they wanted to include electronic devices in the curriculum and make them part of the training. 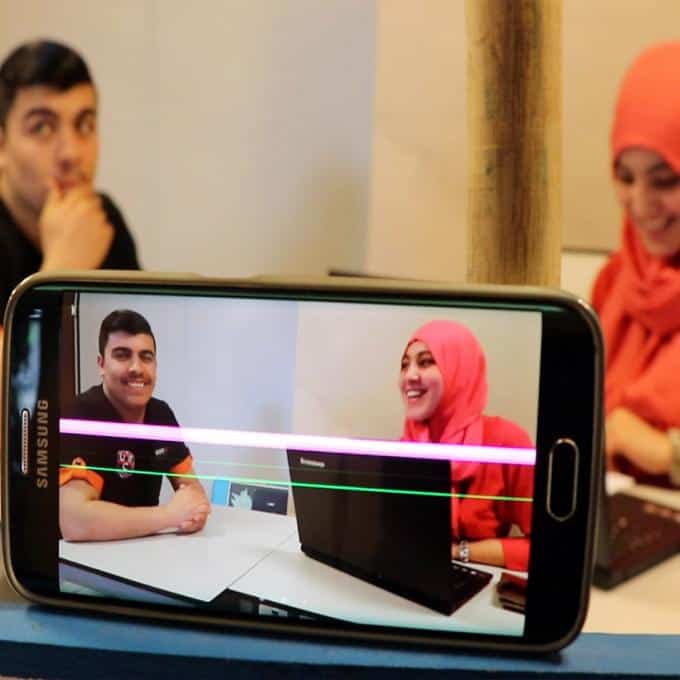 The new curriculum was developed in cooperation with students and teachers, and plans were adjusted over the last two years. The team sought to list what kind of training they would find important and interesting. According to Leurs, there was great interest in producing media and understanding how the media system works. Opting for a “trial and error” approach, the programme then taught students to go “into the field” and make their own stories, videos or video blogs. Another focus was to show students how narrative persuasion works, in addition to other technical skills such as lighting, composition and framing of shots and how to work with audio.

Assignments included privacy experiments: students were invited to hand over their phones to classmates to discuss what apps and content they would be able to access and which they would want to keep personal; they created new stories by combining selected photos from their smart phone archives; they made news reports; and they created commercials and propaganda videos.

“Our instructions were really brief and we invited young people to experiment. We let them decide what would be a good scene for conducting an interview and whom they would like to interview. Because the school was located in a shopping centre, students could go out and interview shop-keepers and bus drivers about everyday life in the Netherlands,” says Koen Leurs about the approach of the researchers.
Moreover, students were taught how to become Vloggers to tell their own stories and share their life experiences, passions and dreams. They learned to report on their own daily activities such as music and sports. In addition to these practical skills, the program tried to develop the students’ analysis and critical thinking skills by showing them the techniques used in advertising and persuasive videos.

In Leurs’ opinion, digital media literacy education can empower refugees to express their struggles and to challenge common stereotypes about them on different levels. For one, they learned to understand how and why certain messages are created and why news media are using certain framings to attract the attention of audiences through sensational, extreme, or stereotypical stories. According to Leurs and his team, showing the refugee students how to share their own personal interests and talents allows them to present themselves as normal fellow citizens – it empowers them to challenge the stereotypes usually promoted by mainstream media. 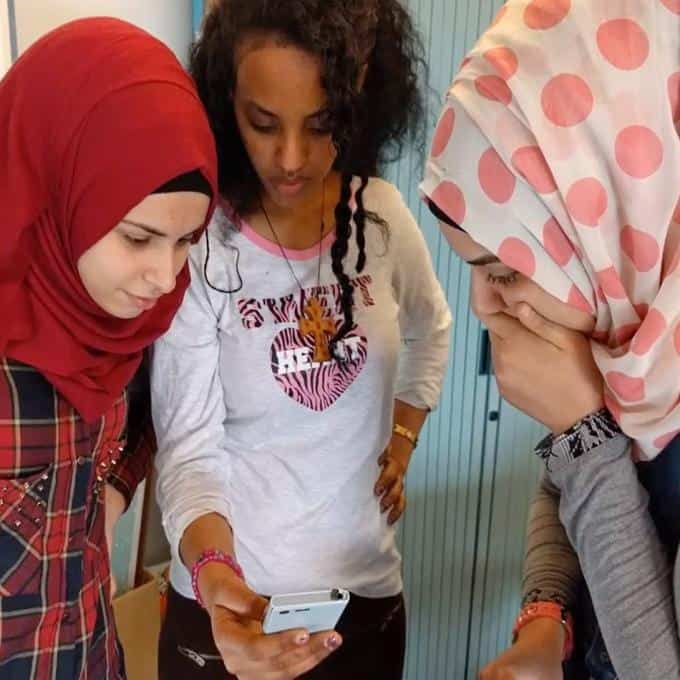 Teaching refugees media literacy has, however, yet another effect. It shows the students a way forward. Leurs and his colleagues realised quickly that several of them showed great interest in the field of media production. Some later wanted to go into graphic design and photography, while others expressed an interest in becoming Vloggers. The programme also offered some practical help in this context: Together with the researchers, the refugees produced their own video CVs which helped some of them to get a job. Others used it successfully to apply for college.

Finally, although the media literacy education program is visual media oriented, it is embedded in a language training oriented course, and students also expand their vocabulary quickly. Through intensive language training power-relations within refugees’ families can be restructured. When children pick up language skills and cultural knowledge quicker than their parents who are often taking less intensive courses, they become “language brokerers” and “spokespersons” for their families by mediating between the parents and doctors, service providers and government officials. Ultimately, it’s not only the students who benefit from it – it might trickle down to their families, too.

The team published a research paper about their experiences titled “Critical media literacy through making media: A key to participation for young migrants?” which can be found here.

Rana Khaled Arafat is a PhD student in media and journalism at the University of Lugano, Switzerland. She is also an Assistant Lecturer at the Faculty of Language and Communication at the Arab Academy in Cairo. She holds a master's degree in international journalism from Cairo University.
» Research » Can We Empower Young Refugees Through...