Religion And The Media: Why Journalists Must Get It Right 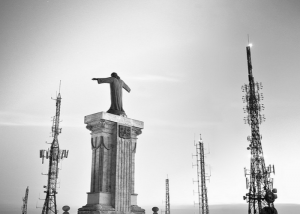 The cry of many people who are religious or who know religions well, is that the media usually ‘just do not get religion’.  Evidence for this charge is hard to gather, but even at a superficial level, it is plain that reporting has often missed the history and current implications of the Sunni/Shia divisions or assumed that all American evangelicals vote Republican (the cliché ‘religious right’).

It should go without saying that religious faith is a prime (and perhaps increasing) explanation for human behaviour.  Such a trend, in contrast to what was once predicted to be ever-increasing ‘secularization’ may not be seen as a good thing, but that is not the issue; reporting should try to understand and communicate what is actually happening.

Many news stories just do not make sense without an understanding of religion.  A change is desirable for the sake of good media, but also because comprehension (we hope) aids justice and peace.  Numerous lives would have been saved if there had been more profound reporting as plans were made to hand over Iraq to Shias.

There are some significant organizations and people who are trying to correct the situation.  Lapido Media, Centre for Religious Literacy in World Affairs, is a good example; it reports, comments and advises on religious matters, and is especially well-informed on the Middle East.

Another example is Terry Mattingly, an American based in Maryland, who has a blog: getreligion.org.  There is the unbeatable Nicholas Kristof in The New York Times.  Andrew Brown writes for The Guardian and Church Times.  Aaqil Ahmed and Caroline Wyatt work for the BBC.  David Martin is still writing excellent pieces at the age of 86.  And of course there are a number of people at Al Jazeera who ‘do religion’.

The book Blind Spot, When journalists don’t get religion (Ed. Paul Marshall et al, OUP, 2009) is too much centred on American experience and is becoming out of date, but it is a useful reminder of some of the factors. Here is a broad summary of points made, some of which I have brought up to date:

1] Religious literacy has declined in the West especially among those who are in the media.  People do not know their religious history or their Bibles/ Korans/Hadiths and this means that they are often ignorant of religious culture and context.

2] Structural/ organizational points are often missed.  Don’t assume that an Orthodox Patriarch can speak for his Church in the way that the Pope can!

3] Journalists miss religious motivation and dynamics and are too busy or lazy to do the background work.  They often try to turn religious stories into political ones.  Their job is to report what is happening.

4] There is a tendency for journalists to behave as a ‘pack’, with too few conceptual tools. for example, the assumption is frequently made that the only dynamic within Roman Catholicism is authoritarian v. liberal.  Another example is coverage of Mel Gibson’s ‘The Passion of Christ’.  It was seen as anti-Semitic and the media could not understand why vast numbers of people went to see it.  Mistakes often work their way down the media food-chain.  A further example is that the media like easy ‘decline’ models which sociologists of religion gave up long ago. The fact that there are fewer people in some mainline churches on a Sunday does not necessarily mean that religions are in decline. Indeed, even in the West, it may just mean that religion is changing (which it is!).

5] Media people’s attitude is often patronizing to religion: as if dealing with irrational ideologies which make people superstitious and reactionary (without much reflection on their own ideologies which may be just as ‘strange’).  Religion is a way of making sense of reality.

6] Journalists are often unaware that all religions have extremists (for example seeing Buddhism as peaceable, ignoring Myanmar and Sri Lanka).

***
I rather like the report of a religious rally in the US at which someone was quoted as saying: ‘Let’s pray that God will slay everyone on the Capitol’.  It is pretty basic in religious circles to know that Pentecostal Christians use the expression ‘slain in the spirit’.

I mentioned David Martin, Professor Emeritus of Sociology at the London School of Economics.  He has a nice piece on popular (academic) perception in the face of all the facts, in this case, evidence of Pentecostal Christianity:

“The power of the ruling paradigms came home to me most forcibly on a bus full of Western academics in Guatamala.  When told that 66 per cent of the population was Catholic they asked no questions about where the rest might be, even though the answer shouted at them from texts on huts in remote El Peten, storehouse churches called ‘Prince of Peace’, and buses announcing ‘Jesus is coming’.  (Quoted in Grace Davie ‘Europe – the Exceptional Case’, London, DLT, 2002, p 75.) The book by Davie is itself an object lesson in some of what is said above.  It may be sophisticated westerners who are the odd ones out.

I happen to be a Christian, but am well aware of the vast range of meaning which can be attached to that term. Working in the world of inter-faith relations, I have learned to be cautious with assumptions about ‘other religions’ too. I can see no way around doing some thorough work before speaking, or writing, about religion, as one would with politics, economics, arts or science.

Christopher Lewis’s latest book Sensible Religion is available for half price, with a discount code. Email [email protected] for the code.

The Very Revd Christopher Lewis is an academic and until 2014 was the Dean of Christ Church, University of Oxford and Pro Vice Chancellor of the University of Oxford. He has a DPhil in the relationship between social culture and theological method. His research interests include the relationship between theology and cultural context. He has written and edited books and journals and his most recent work is ‘Sensible Religion’ which he co-edited with Dan Cohn Sherbok (Ashgate, 2014).
» Ethics and Quality, Short stories » Religion And The Media: Why Journalists...