When is International Don’t Put This Man on TV Day? 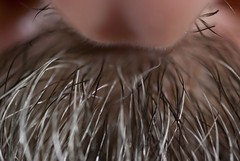 How a mustachioed outlier learned to use Twitter and suckered the media.

An otherwise unknown loon takes control of the newscycle, gives more than 150 interviews prior to being awarded a formal press conference, and in the end, reneges on his promise of sacred scripture smoldering. Who fell for this?

On July 12, 2010, Pastor Terry Jones of Gainsville, Florida, fired off a tweet declaring September 11, 2010 “International Burn a Koran Day.” The man leads a congregation slightly larger than a high school softball team and can Twitter – these are his publicly known accomplishments. One would believe the “agenda” of a peanut-size troop of Floridian Islamophobes might not warrant a media blitzkrieg. Unfortunately, this was not the case.

Jones’  racket managed to coincide with the quarrel over the proposed building of a Muslim community center (Park51) near ground zero in lower Manhattan.  Simultaneously parasite and provocateur, Jones was able to take full advantage of the summer news wane, delivering his anti-Islam nuggets to a profoundly overattentive media.

As follows, Islamic issues and the Park51 controversy top the PEJ News Index for weeks. Sara Palin chimes in (not surprising) and Barack Obama chimes in (surprising). U.S. Secretary of Defense Robert Gates  (currently managing two teeny tiny wars, mind you) calls Jones on the phone ! Demonstrations are held in Indonesia, where people march through the streets waving signs reading “You Burn a Qur’an, You Burn in Hell!!” In Kabul, American flags are torched in demonstration. Several protesters are seriously injured.

And then? After another week of grossly over-publicized takebacks, suspensions and reschedulings, Jones decides that no, there will be no desecration of sacred texts. The Koran cook-out is canceled. Nothing to see here, folks.

The pace at which a tepid, local Gainsville story mutated into a large-scale catastrophe is shameful at best.  “Reporters and editors (myself included) lay the groundwork for him by tacitly promoting the current wave of Islamophobia seething across America,” writes  Ravi Somaiya in Newsweek. “Imagine if all Christians—from mild Protestants who go to church at Christmas to ardent Evangelicals—were tarred worldwide with the imagery of the most extreme adherents. Actually, you don’t have to. Because with our words and pictures, beamed across the world, we have now helped promote Terry Jones and his Christian fundamentalists as exemplars of faith in America.”

And now that Jones’ should-have-been-a-blip-on-the-radar spectacle graduated to a front page news affair, how are we to continue coverage? “Give your audience what it needs to understand the big picture,” stresses ethicist Kelly McBride. “But even if there is a confrontation or other drama, volumes of pictures or live video footage aren’t likely to enhance anyone’s understanding of what this really means. In fact, because Jones is so isolated in his beliefs, his actions don’t really mean anything. Making him seem more significant than he is distorts the truth.”

In other words, if he announces a Book of Mormon takedown once the photographers start to clear out, maybe leave it off the front page.

Kate Nacy is the first EJO Fellow to participate the European Journalism Fellowship program at the Freie Universität Berlin. Kate Nacy works as a journalist, writer and editor. Her work has appeared in news publications as well as in literary and arts journals. She served as the European Journalism Observatory’s English Web Editor from 2008 – 2012.
» Ethics and Quality » When is International Don’t Put This...