How Tabloids Were Able To Frame The Debate Over Brexit 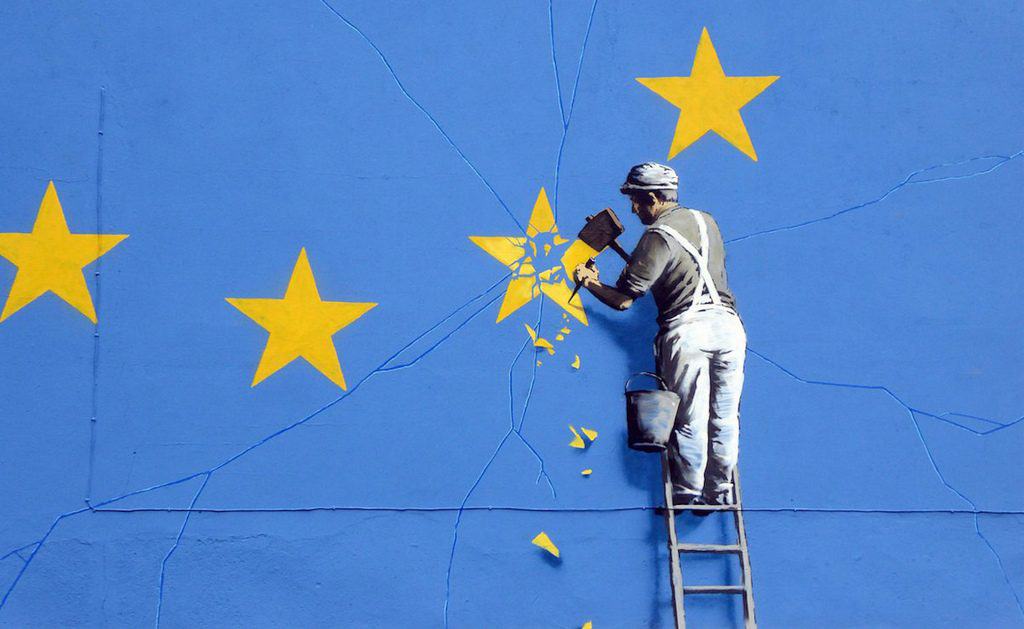 While Brexit has been exhaustively discussed from a variety of perspectives, the role played by the British press, and in particular by tabloids, in framing the debate in the run up to the referendum and afterwards requires more scrutiny.

One can hardly overstate the media’s ability to instigate public debates by setting the news agenda. While this can be a force for good when the ‘fourth estate’ performs its function of democratic guardian in a pluralised public sphere, the media’s power can equally serve commercial logics and a newspaper’s own political and ideological agendas. News is not simply circulated in/by the media but that it can also be actively framed through a newspaper’s ideological lens.

A Long Tradition Of Eurosceptic and Europhobic Views

Few examples of the instrumental role of the press in constructing public perceptions could be more relevant than how the British tabloids have historically covered the EU-UK relationship and, more recently, Brexit. The British tabloid press has a long tradition of Eurosceptic to Europhobic editorial stances, including the promotion of various ‘crusades’ around different Euro-myths and infamous headlines such as the Sun’s ‘Up yours Delors’. Overall, tabloids have been responsible for the trivialisation (some would call it ‘tabloidization’) of European politics, a process that most certainly has contributed to the British written press being considered as the least trusted in Europe.

Overall, tabloids have been responsible for the trivialisation (some would call it ‘tabloidization’) of European politics.

For years, titles such as The Daily Mail, the Sun and The Daily Express have been particularly active in portraying the UK as a victim of a Brussels ‘cosmopolitical’ conspiracy plot that, according to some headlines, would result for example in the British Parliament being forced to adopt bans on traditional British kettles and light bulbs or British women being required to return old sex toys to comply with EU rules (see the EU Commission’s myth-debunking website for a full list).

As most tabloids entered coverage of the Brexit referendum campaign as prominent advocates of the Leave side (with the exception of labour-friendly Daily Mirror, the Mail on Sunday, which took an opposite stance to its daily sister publication, and the politically disengaged Daily Star) they could therefore bank on an established priming of their audiences through which they had already been able to effectively pre-legitimise Brexit even before the referendum was called.

A Consolidation Of Populist Discourses

What we saw during the referendum campaign was a de facto consolidation of such populist discourses, as I argue in a paper that I recently presented at a LSE public event on populism. Here, I use the term populist (an otherwise much debated proposition between academics) in its basic meaning i.e. referring to the people. Of course, in most political discourses the term ‘people’ tends to be invariably invoked in semantically vague and rhetorical ways. But what makes a populist discourse different from a democratic one is that the former portrays the people in opposition to its imagined enemies and typically in exclusionary rather than inclusionary terms.

My study, based on a linguistic analysis of how the term ‘(the) people’ was used in a corpus of tabloids during the referendum campaign, suggests that the language of tabloids has been consistent with such populist views of the world in binary terms. Throughout the campaign, tabloids typically tended to portray the ‘British people’ (sometimes also qualified as ‘ordinary’ or ‘hard-working’ people) as a distinct group who were antagonised by other groups of ‘people’ who, in turn, were often characterised as either (EU) migrants and ‘free to move’ to the UK or as ‘detached’ elites. The tabloid press further identified the latter as international (e.g. EU, Brussels, Eurocrats, the IMF, President Obama) or domestic (e.g. Westminster, ‘experts’ and Remainers) enemies of the ‘British people’.

The language of tabloids has been consistent with populist views of the world in binary terms.

Tabloid Populism And The Legitimation Of Brexit In The British Press

These characterisations played a pivotal role in how tabloids were able to frame the debate over the Brexit referendum around typical populist dynamics. Notably, the coverage tapped into the politics of loss and resentment over migration through arguments of social pressure and resources sharing, but also through arguments of risk and security which, in some cases, straddled into explicit xenophobic moral panic. For example, The Daily Express on 6th June 2016 reported Nigel Farage’s comment that mass sex attacks like those that had happened in Cologne would occur in the UK unless the country voted to leave.

Similarly, in relation to the pitting of the ‘ordinary British people’ against the elites, the dominant dynamic in the corpus analysed was one of reaffirming a sense of national pride akin to the defiant sovereignism that has characterised recent Euroscepticism across many democracies. Standing up to the ‘bullying’ of the IMF, of Remainers David Cameron and George Osborne, or the EU ‘corrupt’ bureaucrats was common currency in many Daily Mail articles, for example.

The populist thrust has steadily driven the post-referendum coverage of Brexit.

A key point worth making here is that tabloids did not simply act as communicative platforms by amplifying (or silencing) the main actors and arguments of the referendum campaign but, rather, that they effectively (de)legitimised Brexit along a populist logic as well as according to their own ideological agenda. Furthermore, one should not see this populist thrust limited to the contingency of the Brexit referendum campaign. As I have argued above, a large section of the British press has had a historical role in producing anti-EU propaganda based on spurious news and anti-foreign sentiment. Plenty of evidence suggests that this historical path has not stopped with the referendum result but, in fact, that the populist thrust has steadily driven the post-referendum coverage of Brexit.

Appealing To The People’s Will

Appeals to the ‘people’s will’ (and delegitimisation of supporters of softer or no Brexit as ‘enemies of the people’) have been key drivers of public and institutional discourses. The longer-term coverage of Euronews in the tabloid press and the populist discursive articulation of Brexit have been instrumental in creating the chain of legitimation that has institutionalised extreme Eurosceptic discourses that originally emerged on the fringe of the British political spectrum and now seem to be at the core of the implementation of Brexit.

Of course, the term ‘people’ has equally been appropriated by other actors to construct counter-discourses for example around the ‘peoples’ vote’ referendum. At the moment, this seems to be the nodal point where the struggle over the Brexit debate is taking place.

This article is based on a paper titled “The tabloidization of the Brexit campaign: Power to the (British) people?” presented at the public event ‘We, the people: Political, media and popular discourses of ‘us’ and ‘them’’ held at the Department of Media and Communications, London School of Economics, 26-27 October 2018.

Dr. Franco Zappettini is a Lecturer in Communication and Media at the University of Liverpool. His research focuses on the textual/discursive analysis of different forms of political and organisational communication including mediated forms of populism, in particular tabloid populism and Euroscepticism in the British press. His most recent publications include: “The Critical juncture of Brexit in Media & Political Discourses: from National Populist Imaginary to Cross-National Social and Political Crisis.” and the monograph “European identities in Discourse: A transnational citizens’ perspective” (2019) published by Bloomsbury. Franco tweets under @frazapuk.
» Comment, Media and Politics, Recent, Research » How Tabloids Were Able To Frame...