OKO.Press is one of six new media start-ups, founded by journalists to ensure the survival of independent, quality reporting in Poland.

Fact-checkers, investigative reporters and foreign correspondents are essential to quality journalism, yet these roles are increasingly being cut by Poland’s mainstream media organisations for financial reasons. To redress the balance, and to counter the growing politicisation of the country’s press, many Polish journalists have set up their own, independent media initiatives.

But can these start-ups build audiences and become sustainable in a challenging media market?

The European Journalism Observatory put this question to six media start-ups, all launched in the last three years by experienced journalists.

All six projects studied chose not to sell advertising space on their sites, arguing  the pressure to reach large audiences would compromise journalistic quality. They aimed instead to rely on alternative sources of revenue – mainly from readers (micropayments, crowdfunding and other forms of paid content), grants or commercial activities. Only Outride.rs, the most recently launched site, accepts ‘sponsored content’ from advertisers, although it insists advertisers will have no influence over editorial decisions or  content.

Of the six start-ups, three are now financially self-sufficient, two are struggling to be sustainable and one has been temporarily suspended.

OKO.press: Eighteen months after its 2016 launch, OKO.press is already self-financing. Initially the platform was funded by two publishers, (Agora, the publisher of centre-left Gazeta Wyborcza, and Polityka, the publisher of the eponymous centre-left weekly). It was created soon after the Law and Justice Party (PiS) came to power, as a way to preserve freedom of speech. It now operates as an independent non-profit project, specialising in investigative journalism and fact-checking.

The news site, which employs 16 journalists, has a monthly budget of around 110 thousand zlotys (approx 26,000 euro). “A well planned budget, clearly defined areas of interest and strong target group. Those are pillars of our success,” Agata Szczęśniak, of OKO.press, told EJO.

OKO.press has successfully persuaded its audience to pay for free content. Up to 60% of revenue comes from readers’ voluntary payments, the rest from grants and a paid newsletter. “This is the best business model because it really proves our quality and the demand for our services”, Szczęśniak said.

“We have two thousand people who pay regularly and around 5500 people who have supported our project at least once. This is just a small percentage of our viewers, as our website is visited by around 750,000 real users every month. So the potential for growth is huge,” Szczęśniak added.

Polish newsrooms rarely employ foreign correspondents, instead they often rely on freelance journalists. Scattered around the world, often based in conflict areas, these reporters are rarely adequately supported. Three start-ups hope to address this problem.

Stowarzyszenie Reporterów Rekolektyw was established in 2014 by reporters searching for a business model that would allow them to finance quality journalism, such as investigative and foreign reporting. They offer their writing skills to non-government organisations (NGOs) and cultural institutions. They also publish non-fiction books, work as freelance writers and develop innovative projects, such as non-fiction theatre. They specialise in both international and domestic affairs.

Stowarzyszenie Reporterów Rekolektyw is doing well thanks to its mixed business model – the cost of creating quality journalism is supported by commercial activities.

Outriders is the newest of the featured sites. It was launched as an independent news site, mainly funded by readers.

The newest of the six start-ups, Outride.rs – an online magazine about international affairs – was launched in September 2017. Its website claims “Maybe it is a purist attitude we have but we believe that being funded by your readers is the best guarantee of independence.”

Founder Jakub Górnicki, plans to create a global network of correspondents and also to organise events for media professionals, to share knowledge and best practice. The project was originally funded by subscribers but Outride.rs has also received funds from a crowdfunding campaign.

Outride.rs is the only site open to cooperation with advertisers, but in a very particular model.

“We invite advertisers to become financial supporters of our projects but we don’t offer any influence over the content created in such partnership,” said Górnicki. The model is similar to that of The Guardian in the UK, offering content “supported by” different brands.

Outride.rs already has 4000 Facebook followers. Their interactive reportages are viewed by around 40,000 readers and the first crowdfunding campaign has been a success, according to Górnicki.

Kolektyw Reporterski, another start-up launched to produce quality foreign coverage, is struggling to fund its activities. Started in 2014 by two former Polish Press Agency co-workers – Julia Prus (Uganda) and Paweł Skawiński (Nepal) – who were tired of hearing that “Poles don’t care about what happens in Africa or Asia”. They created a website to share human interest, rather than purely political, stories from abroad. Today they have 10,000 Facebook followers and their posts reach up to 130,000 thousand users.

The project’s business model was originally based on each contributor covering their own costs for creating stories, keeping any money they earned for themselves. Kolektyw is now considering creating a more collaborative budget, based on grants and crowdfunding campaigns. 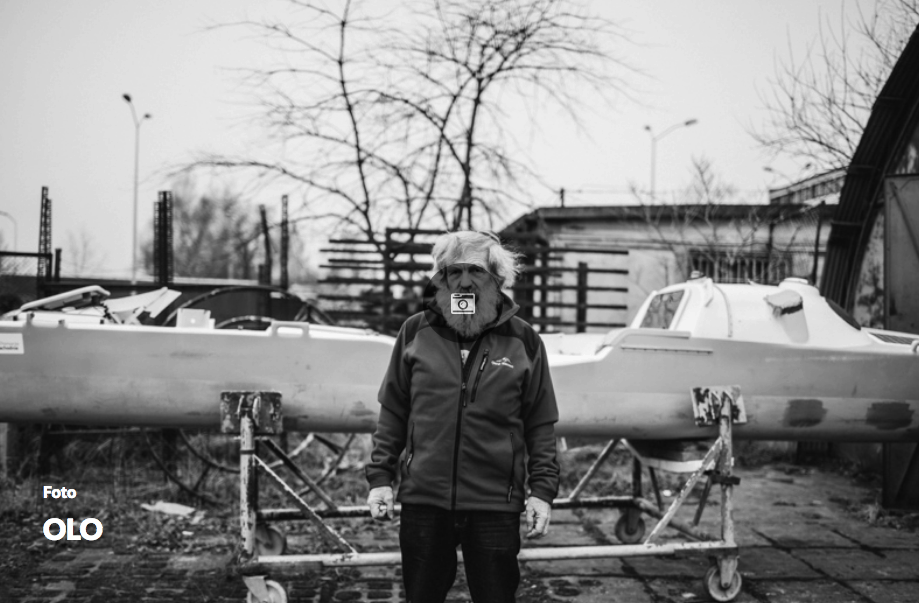 Kolektyw Reporterski was founded by two foreign reporters, to share stories from around the world. It is currently exploring new funding methods.

Mediumpubliczne.pl, a digital radio station and news site, relies upon voluntary contributions by citizen journalists and activists. It was launched as a non-profit organisation in 2015 by experienced journalists  fired from their public service media jobs soon after the Law & Justice party came to power. Initially the site received financial support from private donors – to establish its technical infrastructure – however since then it has failed to develop a sustainable business model, so may need to be suspended.

According to Rafał Betlejewski, the site’s founder, the project is struggling because it relies on volunteers. After an initial period of enthusiasm and dedication, its staff of citizen journalists and activists is no longer willing to work for free.

To sustain the project the site solicits direct payments from its readers to citizen journalists – via links to the payment systems embedded within stories. However it has not been as successful as hoped. “I thought it would be possible to do media without money, but today I am pretty sure it is not,” Betlejewski said. Mediumpubliczne’s activity is currently limited.

Webnalist.com is an online media platform that aims to support freelance writers and distribute high-quality journalism via a “pay-per-read” model. The site’s founders aimed to contribute to a better quality, more balanced public debate. The platform’s creation, and the first six months of its operating costs, were financed by the Google Digital News Initiative. Although the site attracted as many as 6500 registered users during this time it was not enough to finance content based on an ongoing ‘pay-per-read’ model. The project is currently suspended due to a lack of funding.

Grzegorz Lindenberg, one of Webnalist’s founders, said the team has learned from its mistakes including the need to pay more attention to the technical demands of the online environment, including search engine optimization and marketing. “Quality journalism is one thing but the internet has technical demands that have to be met,” he said. He acknowledged a lack of a clear editorial line might have contributed to the project’s poor performance. Webnalist is now looking for additional funding.

Can media start-ups fill the vacuum left by traditional publishers?

Each of the start-ups aimed to focus on quality journalism, including the use of traditional approaches to fact-checking and sources. However, all of the founders acknowledge that high standards cost money. “Quality journalism is expensive and one has to be ready to invest profits into content development. Isn’t that what media are for?”, Urszula Jabłońska, from Stowarzyszenie Reporterów Rekolektyw, said. Jakub Górnicki agreed. When asked if journalists should become media entrepreneurs to save quality journalism he replied: “We are willing to take a risk.”

Paulina Pacula is a freelance journalist working for both Polish and international media. She has collaborated with money.pl, the biggest Polish financial news site, and has also worked as a reporter for TV Polsat. She is a graduate of the University of Wroclaw and also spent a year studying online media and TV journalism at the Danish School of Journalism. Her interests include media ethics and quality journalism.
» Ethics and Quality, Media Economics » Media Start-Ups: Journalists Become Entrepreneurs to...