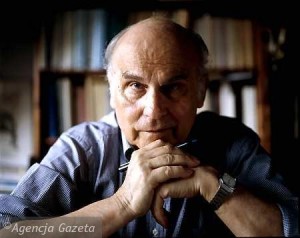 Biographer Artur Domoslawski discovered evidence that Ryszard Kapuscinski, perhaps the most famous Polish reporter of the 20th century, sugarcoated parts of his autobiography. Contrary to statements made by Kapuscinski, he did not know Che Guevara personally, nor did he meet Congolesian liberty fighter and prime minister Patrice Lumumba. Not long before these revelations  Indro Montanelli,still under monumental protection in Italy, was knocked of his pedestal by Swiss biographer Renata Broggini. According to her documentation, while in exile in Switzerland, his cooperation with the “resistenza” at the end of the second World War was not as clear as he claimed.  Years earlier, historians discovered Henry Louis Mencken, an icon of American journalism, corrected his own biography when cosmetic alterations seemed necessary, much like reporting legend Egon Erwin Kisch, whose name is still tied to one of the most prestigious German journalism awards. Both journalists had an appetite for posthumous fame so great, they glorified the early phases of their careers with fabricated narratives.

Alas, we all live in glass houses, don’t we? According to sociologist Erving Goffman, everyone lives a lie, taking part in  “theatrical performances” while engaging in everyday life. And we may also have to live with the fact that our memories work less precisely as we get older –perhaps exaggerating, distorting or repressing important details of our lives.

As this is part of the “Conditio humana,” we should exercise caution. Klaus Merten, a communications researcher from the University of Muenster who has by temperament a tendency to be sarcastic, describes Public Relations as a field in which the limits of acceptable descriptions of reality must be “tested day by day anew,” and in this context he even defended lies as “instruments of communication.” Let us conclude with a wink that even prominent journalists seem to be well-rooted in the PR-branch – at least when seeking public attention while writing about themselves.

European Journalism Observatory co-founder and until 2018 Professor of Journalism and Media Management at the Università della Svizzera Italiana in Lugano. Frequent contributor to Neue Zürcher Zeitung (NZZ) and Der Tagesspiegel (Berlin), as well as to the specialist publications Schweizer Journalist and Der österreichische Journalist.
» Ethics and Quality » Another Sugarcoated Biography