The Rise Of Popular Science Journalism In Russia 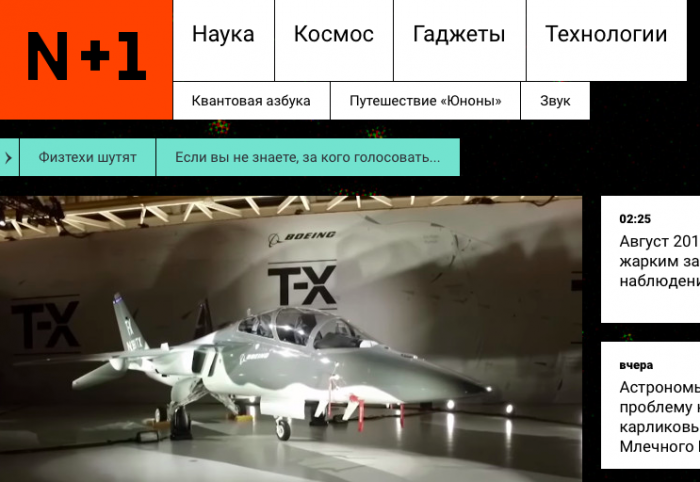 Public interest in popular science journalism is growing in Russia. New platforms, blogs and an online television channel, aiming to make complex scientific subjects more accessible, have been launched to meet the demand. One site, started last year, already has over one million unique users.

The roots of Russian science journalism lie in the Soviet tradition of popularising science. In the past the Soviet government supported an array of publications in which the main contributors were scientists themselves. Working for a popular science media outlet was often viewed as an alternative career path for researchers.

After the collapse of the USSR, research institutions were often underfunded and many academics switched to science journalism. But the difficult economic situation created more pressing worries for readers, who generally paid little attention to news about science.

But about ten years ago this started to change. Science – ‘nauka’ in Russian – once again became popular with audiences. Much of the credit for encouraging this revival was given to the Russian Dynasty Foundation, a privately-funded not-for-profit organisation, that worked to make science accessible. It translated and published popular science books from abroad, such as A Brief History of Time by Stephen Hawking, and also set up annual prizes for the best popular science books by Russian authors, as well as prizes for best regional science festivals. Last year, however, after being accused of ‘working with foreign agents’ by the Kremlin, the Dynasty Foundation, funded by the Zimin family, closed.  An online popular science platform, Elements, established by the foundation, still operates.

Kozlovsky believes that popular science offers a form of escapism for Russians. He said science media play on one emotion, which is “people’s desire to bury their heads in the sand”.

“Science can be a parallel reality, without any real connection to people’s day-to-day life,” he said.


In a bid to make science more relevant and accessible to Russian audiences and improve standards of science journalism, universities and colleges are starting to offer science journalism courses. Some of the most prestigious universities in the country, such as Moscow State University, Moscow State Institute of International Relations and Saint Petersburg State University among others, offer study programmes in science communication.

ITMO, a university in St Petersburg specialising in information technology and engineering, last month launched Russia’s first online course in science communication. The university says the course is open to all, including scientists who want to write for a more general audience. The course prospectus promises: “Full-fledged science bloggers will get a chance to perfect their skills. As for scientists, the course offers an opportunity to look at science from a different perspective – that of the science journalists, who sometimes turn everything upside down, and PR-specialists, who often bore them with stupid questions – as well as to try themselves writing interesting scientific texts for a wider audience.”

The most popular science stories focus on scientific breakthroughs, according to the Elements site. Irina Yakutenko, biologist and editor of TASS-Science, says the field of neuroscience is a particularly prominent agenda setter. Neuroscientific research receives a lot of media attention and the trend is likely to continue, she believes.

Elena Barisheva, a science journalist writing about the environment, agrees. She claims bioscience and medical research are among the most popular topics in science media reporting. This can be explained by the fact that these branches can more easily resonate with people’s daily lives, she said.

Another journalist and scientist commented that the move to make serious science more accessible and relevant to Russians was encouraging, especially in a country with a long fascination for ‘junk science’ – that mostly focused on conspiracy theories about UFOs and outlandish medical cures. “For a long time this was the only science available to readers in Russia,” he said. “There were no alternatives. Now in a bookshop we might have two bookshelves with books about how aliens rule the world. But there is also another, smaller shelf, filled with decent popular science books. It is a small step, but it is start,” he added. 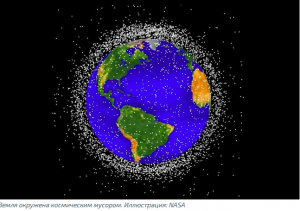 TASS Russian News Agency maintains a website, Cherdak (Loft) with the purpose of sharing news about research and science events such as exhibitions, publication of popular science books or film releases. In addition, the platform offers educational videos and answers users’ questions.

Website PostNauka (Post-Science) provides its visitors with online access to the lectures given by Russian researchers in a variety of disciplines from astronomy to linguistics. Science authors use this page to present chapters from upcoming books and talk about their research first-hand.

Nauka 2.0 (Science 2.0) is an online channel with the mission to make interest in science a popular trend. It attracts the audience reporting about some of the most outstanding breakthroughs in technology and scientific research.

Nauka i Zhizn (Science and Life), is a magazine first issued in 1890. It has a long tradition of popularising science. Today its online version offers science news as well as videos and lectures.

Theory and Practice is another site with an increasing number of followers, but perhaps the fastest growing is Nplus1 which launched last year and already has over one million unique users.

It has also been shared on EJO Albania

Anna Andrievskaya is a journalist from Novosibirsk who graduated from Novosibirsk State University and currently lives in Berlin. She studies Osteuropa-Studien at the Free University of Berlin and works in a variety of projects for the Goethe Institute in Russia. She is also an editor for the Recyclemag site. She is interested in environmental issues, and is the author of a number of environmental projects.
» Ethics and Quality, Short stories, Specialist Journalism » The Rise Of Popular Science Journalism...