Pakistan: Coronavirus and the media 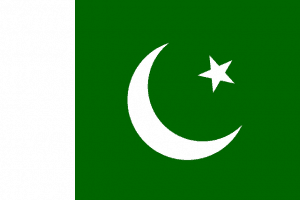 The main issues currently being discussed by the Pakistan media in connection with the coronavirus crisis are as follows:

1) Writing off poor nations’ debts: The impact of the coronavirus crisis on Pakistan’s economy is a hot topic in the media, especially as the country is currently the recipient of an IMF bailout that has imposed a huge tax burden on the middle class and the poor, slowed down GDP growth, caused massive inflation, and halted the public development programme. The Prime Minister has appealed to the International Financial Institutions (IFIs) and the G-8 member states to consider writing off the debts of poor South Asian and African regions where national economies have been badly hit by the crisis.

2) Border closures: Another major theme being discussed in the Pakistan media is the closure of the country’s borders with Afghanistan and Iran and the establishment of quarantine facilities at border crossing points. This has put enormous additional stress on the economy, as it affects all import- and export-related businesses. It also has an impact on family reunions.

3) National emergency: Somewhat reluctantly and belatedly, the government imposed a state of emergency, under which it shut down educational institutions, sent government employees aged over 50 on leave and banned religious and social ceremonies and celebrations. Hajj- and Umra-related religious tourism to Saudi Arabia has been suspended, as has the Pakistan Super League (PSL) cricket tournament. All these measures have been extensively covered by the media.

4) Shortages: The media have highlighted the possible scenario of food and medicine shortages caused by panic-buying and hoarding. Pakistan is self-sufficient in food, but controlling such behaviour is a major challenge in times of crisis.

5) Public awareness: The media have been active in disseminating public education messages relating to social distancing and other measures designed to combat the spread of the virus. A great deal of coronavirus-related information is also being shared on social media. The government has warned that anyone who spreads panic will be prosecuted under anti-cybercrime legislation.

6) Family and religion: Many media outlets have been urging people to cooperate with the closure of places of worships and the postponement of religious and social ceremonies – a major issue in a very traditional society that revolves around large family gatherings. So far, the media have been successful on this front as there now appears to be a general acceptance of the importance of following strict hygienic measures and observing social distancing.

7) Regional approach: Another theme being discussed in the Pakistan media is the possibility of regional cooperation in combating the crisis. The governments of Pakistan, Afghanistan, Iran, China and India are already cooperating closely with each other, and there have been calls for a joint regional approach that could include all South Asian and Central Asian states and possibly even Russia.

Sher Baz Khan is a former staff reporter on Pakistan’s leading English-language newspaper, Dawn. He is currently a postdoctoral fellow at the Erich Brost Institute for International Journalism at TU Dortmund, Germany.
» Ethics and Quality, Media and Politics, Recent » Pakistan: Coronavirus and the media