How newsletter production is turning journalists into entrepreneurs 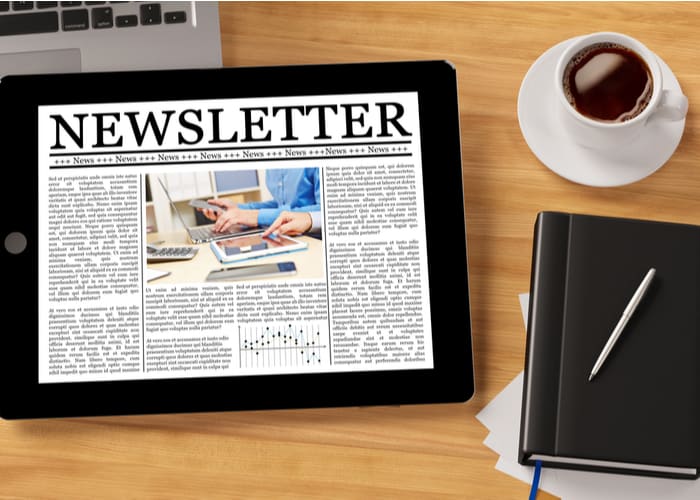 While newsletters were born around the same time that email was democratised, i.e., in the eighties and nineties, newsletters as a source of information have become an established practice in journalism in the last ten years.

According to an article in the Swiss-French newspaper Geneva Tribune, productions are multiplying and experienced journalists are leaving their newsrooms to set up newsletters as freelancers.

This phenomenon seems in response to a demand from the public – which may seem surprising, even paradoxical, at a time when the younger generation despises email, and messages tend to accumulate inexorably in inboxes. It is estimated that about 56% of global email traffic is classified as spam.

Setting up a newsletter is like facing a blank space and an almost infinite number of possibilities. It can be argued that the journalist who embarks on such a project becomes an entrepreneur. And, while the recent arrival of dedicated, affordable, and user-friendly software such as Mailchimp and Substack may democratise the creation of newsletters, editorial product manager, Cayleigh Parrish, stresses the importance of approaching the task with a carefully thought-through strategy and business model.

This requires combining journalistic skills with knowledge and skills from marketing, communication, audience research, and business. Essentially it is a marriage of convenience between entrepreneurship and journalism. The meeting of these two worlds gives rise to entrepreneurial journalism – the definition of which remains relatively vague, though one can argue that a key feature of the phenomenon is adopting the user perspective.

Catering to an audience

Professor Kevin Moloney from Ball State University’s Centre for Emerging Media Design and Development recommends that those taking on this type of project look beyond their personal vision and focus on the public’s point of view – as any ‘good’ journalist would. He stresses that “stories should be produced for the reader, not for the journalist…”.

Another fundamental strategy would be to fill the perceived gaps in the current offering from existing journalism newsletters. This idea is not specific to the media sector. On the contrary, it is one of the dogmas of entrepreneurship and innovation.

Researchers such as Chloë Salles have explained how grappling with these emerging issues can be challenging for journalists. On the one hand, they pursue journalistic and editorial objectives that they set for themselves, or at least to which they subconsciously aspire. On the other hand, they are confronted with communication principles and entrepreneurial logic, i.e., guidelines and good practices, which are universally accepted as essential for the proper functioning and success of their editorial project.

However, the strategies that underpin the goals of a newsletter and its distinction from its competitors are anything but new. They are evident, for example, in the definition of an editorial line, which is based on what journalism studies have frequently referred to as a ‘promise’ and a ‘reading contract’.

In short, these concepts rely on the idea that the relationship between readership and content producers is based on a sort of contract, which can be implicitly or explicitly expressed – for example, in a tagline or in an “About us” or “Our mission” section. So, like other media platforms, newsletters promise to provide something to their readers – information, entertainment, enlightenment, etc. On the flip side, readers engage with produced content with conscious or subconscious expectations.

Moreover, Professor Alan Rubin from the School of Communication Studies at the Kent State University in the US, explains that this mandate to take into account the needs of a defined audience is even more relevant when it is considered through the lens of the ‘uses and gratifications’ theory, which asserts that people are not passive in their media consumption. They tend to make choices according to their interests, needs, and purpose.

This consideration is increasingly important as distribution platforms and channels multiply. As Heather Chaplin, founding director of the Journalism and Design program at The New School, outlines in an article in the Columbia Journalism Review, it is a delicate task for the media to cater to the changing expectations of audiences.

The duality of the entrepreneurial and journalistic roles can be overwhelming for those creating and managing newsletters. It can even impact their output and personal wellbeing. There is already related research highlighting the increasing number of journalists suffering from stress and poor health.

Recognising the weight of this additional role is important because, as highlighted by Professor C W Anderson, Assistant Professor of Media Culture at the College of Staten Island, it is reinforced by the context of the economic crisis and the crisis of legitimacy in the journalism sector.  And it should also be noted that this requirement to adopt an entrepreneurial mindset is not exclusively a challenge for freelance journalists. It is also a concern for newsroom staff who are being asked to change how they work.

Certainly, it is easy to imagine how the tension created by multiple and sometimes conflicting roles is amplified when a media outlet is run by a single person – as is the case for many journalistic newsletters. However, a smaller, self-managed structure also has the advantage of flexibility, which can make the dual role of journalist/entrepreneur more bearable.

Therefore, this tension around roles does not mean that it is advisable to completely abandon the entrepreneurial perspective in favour of a focus on editorial requirements. On the contrary, the ideal seems to be a sustainable combination of the two.

A good example is the approach taken by Médiapart, an independent French online investigative journal. Their solution is to separate the functions and roles of each person in a very distinct way. Of the company’s 120 permanent employees, more than half work in operational departments such as PR and communication. Meanwhile, journalists can fully focus on their tasks.

Indeed, the newsletter has the potential to be a strong engagement tool, delivering high-value journalism content. This potential may legitimise and justify, in a sense, its growing popularity. However, as we have discussed, writing for a newsletter can have a marked impact on a journalist’s wellbeing and work.

The ‘double role’ of journalist and entrepreneur means not only being confronted with the sometimes-contradicting demands from the fields of entrepreneurial journalism, design, and marketing, but also having to make use of specialised knowledge and skills. These demands can be challenging in terms of resources (time, finances, training, etc.), but also more broadly in terms of identity and how journalists see their professional role.

To address these challenges, it seems wise to work with a team and/or to clearly separate roles to facilitate a consultative approach to decision making. Even if it means becoming a company in its own right and employing several people – the approach taken by Brief.me, which markets itself as a mini-newspaper that explains the news.

However, it seems that this model is currently the exception rather than the rule, with a large proportion of newsletters being written and produced by freelancers who are struggling to earn a significant income from their venture.

If you liked this story, you may also be interested in: Advancing journalism education through cross-border collaboration

Lucas Philippoz is a journalist at the local French newspaper Journal de Morges. He has a Bachelor's degree in Media and Communication Sciences and a Master's degree in Journalism from the University of Neuchâtel.
» Business Models, Media Economics, Recent » How newsletter production is turning journalists...