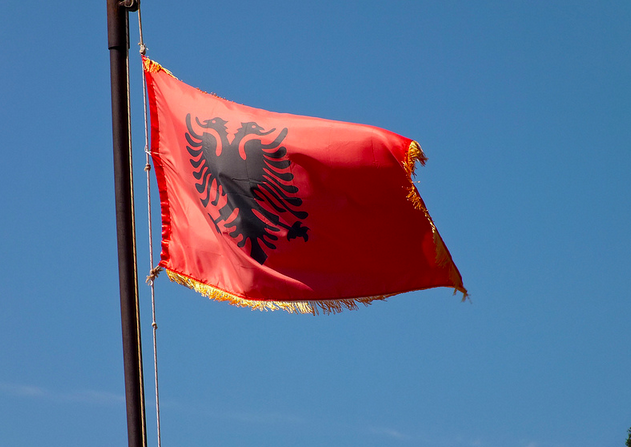 Albania, despite its small population, has a high number of news outlets and a thriving media research landscape

Of all the former socialist countries in Europe, Albania was the most encapsulated – inaccessible not only from the West, but also from Yugoslavia and from the former Soviet Union’s satellites. Even today, the small country with its three million inhabitants rarely comes to public attention. However, a vibrant society has developed from the leftovers of the paranoid dictator, Enver Hoxha.

The sad realities of socialism, compared to socialist theory and propaganda, are still visible everywhere. They contrast with the luxury goods – the Mercedes, Porsches and designer clothing – of an early capitalism which, particularly in the capital Tirana, has already moved on to the attention and entertainment economy of the 21st century.

The media landscape of this small country is also fascinating and diverse. In 2015, Rrapo Zguri, media researcher and editor of the Albanian EJO website, counted 22 national daily newspapers, two national TV stations, two satellite transmitters, 66 local analogue TV channels and 83 cable TV providers. Due to shrinking advertising revenues, some of them have had to give up since 2015, and it is an enigma how the others survive.

Researchers’ efforts to analyse the peculiarities of Albanian media are remarkable. The Albanian Media Institute, an NGO whose omnipresent director Remzi Lani has been taking care of journalism training for many years, and academics like Artan Fuga, Jonila Godole, Mark Marku and Rrapo Zguri from the University of Tirana, cooperate on several research projects.

Their resources are modest, so far, but they are providing interesting insights, for example about the development of online media in Albania which spread with full thrust after telecommunication was privatised in 2007, or about the rapid spread of social networks in the country where 45 percent of the population are registered on Facebook.

They have also been analysing how Albania and its neighbours, Bosnia-Herzegovina, Kosovo, Macedonia, Montenegro and Serbia are reporting about each other: The media researchers involved in the project agree that the mutual coverage between the countries is no longer hostile. However, there is simply too little coverage. Direct neighbours are being treated like “the rest of the world”, observes Daniela Brkic, a Montenegrin media expert, in a booklet which Remzi Lani’s Media Institute edited, in cooperation with the Swiss Agency for Development and Cooperation.

Rrapo Zguri has investigated how religious, in particular Islamist, extremism is being spread by the media. He found that there is fertile soil in the country, despite the fact that Albania was forced into atheism for so many years. However, the Islam now practised in the country is not radical: mosques are being built everywhere, but so far most women are presenting themselves in the streets without head scarves – despite, or perhaps because of – earlier attempts during the times of the Ottoman Empire to impose veils.

Albania is a shining light in the Balkans, a region which is still shattered and which has its difficulties finding its way into the European Union. The Albanian Media Institute is publishing its research bilingually, thus allowing Albanians, as well as curious westerners to observe what is going on. So far, the publications have been financed by institutions like the German Friedrich-Ebert-Stiftung, and the Soros Foundation as well as by the US Embassy in Albania, the Austrian Development Agency, and the Swiss Agency for Development and Cooperation.