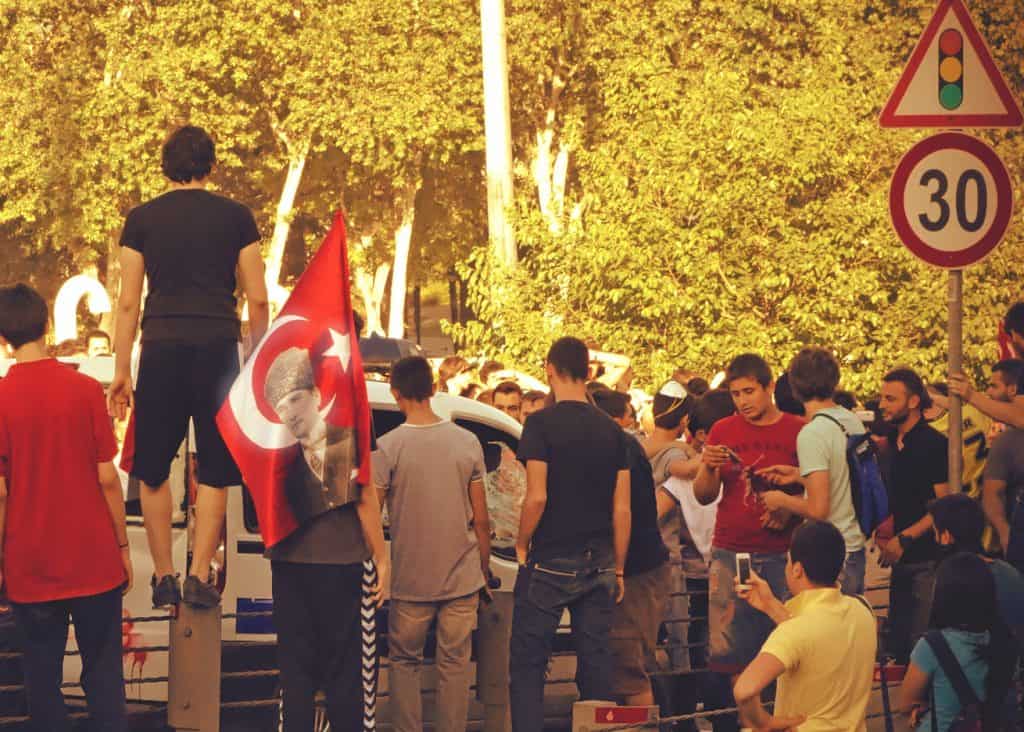 The Gezi Park protests became a focal point for opposition to the Turkish government, which responded by cracking down hard on all dissenting voices.

The current state of journalism in Turkey is mainly characterised by the steady deterioration of freedom of expression in the country over the last decade. This is manifested in the ever-increasing state capture of both mainstream and alternative media outlets, aided and abetted by the owners of pro-government conglomerates such as the Demirören, Turkuvaz, Dogus and Ciner media groups.

Alternative voices have been further weakened by the wholesale imprisonment of journalists and restrictions on internet freedom. Events such as the Gezi Park protests of 2013 and the coup attempt of 2016 were used by the AKP-dominated government of President Recep Tayyip Erdoğan as pretexts to “justify” the increased suppression of the opposition and a crackdown on independent media.

These conditions reduced the space in which alternative and opposition media outlets could operate, so that they are now few in number and have been forced to develop along non-traditional lines. Professional journalists who lost their jobs in the mainstream media have set up new online news operations, and many citizens who were inspired to take part in protest movements also became involved in launching new media outlets.

The journalists who took part in the survey work in both mainstream and alternative media, are engaged in all news formats, and include both journalists producing the news and news managers. Such quantitative surveys are rare in studies of citizen journalism, and we hope that the results obtained will make a useful contribution to the ongoing debate between media academics and practising journalists in this field. 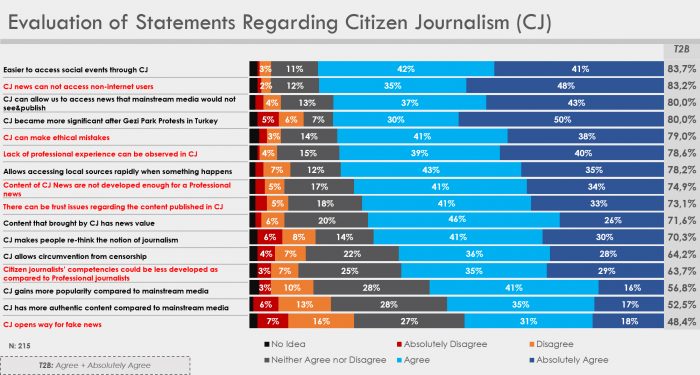 An overwhelming majority of professional journalists agree with the statement that citizen journalists facilitate access to “social events”. 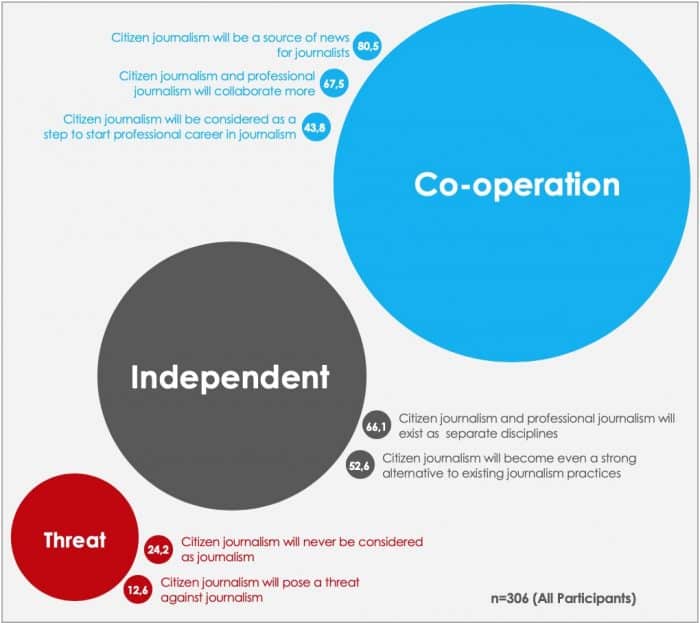 Three main themes emerged in response to a question in the survey on how professional journalists saw their relationship with citizen journalists developing in future.

Citizen Journalism: A Dilemma for Professional Journalists summarises the results of a research project carried out with the help of funding from the Guardian Foundation and the Norwegian social sciences association Samfunnsviterne. The project director was Yunus Erduran, who co-authored the report together with Bora Ataman and Barış Çoban, both of whom are based at the Department of Communication Sciences of Doğuş University, Istanbul.

Opinions expressed here are those of the authors alone and do not necessarily reflect or represent the views, policies or positions of the EJO.

If you liked this story, you may also be interested in Citizen Journalist or Citizen Witness?

Yunus Erduran is the Research Director of the Turkey-based MEDAR (Media Research Association). In this role, he has developed a series of research projects looking at different aspects of citizen journalism and the development of alternative media movements. He is also the founder of a citizen journalism network that uses new methods of participatory journalism. He has contributed articles on investigative and data-driven journalism – focusing especially on their relationship with citizen journalism – to a number of media outlets. He is also the co-author of three books, all published in Turkey.
» Ethics and Quality, Media and Politics, Recent, Specialist Journalism » How do Turkish professional journalists view...