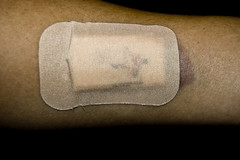 Why is the European Union so ineffective when it comes to supporting press freedom and media pluralism?

The Vice President of the European Commission for the Digital Agenda, Neelie Kroes, addressed this question in a keynote to a European Parliament Seminar on Media Freedom in the EU Member States in May. In short, she made the following points:

I would agree with all of the above. The European Commission itself has demonstrated in a 2009 study on Indicators for Media Pluralism in the Member States (see my comments in English here and in German here) how many different factors influence press freedom and in how great a variety of constellations they come together in any particular country.

Nonetheless, the study has managed to develop a viable approach at comparatively measuring media pluralism, and yet it has been lying dormant ever since it was presented. The x have shied away from actually applying the yardstick it provided. Leaving it at the theoretical level certainly made sure that no Member State, media company, or lobby group could be offended, and I imagine there also was quite some resistance against putting more money towards an issue that is beyond the European Union’s purview anyhow.

Still, I would argue that a comparative perspective on media pluralism that takes into account multiple facets, such as the distribution of ownership, market size and fragmentation, economics, approaches to (self-)regulation, genres, and cultural diversity, has a clear added value at European level. While it may currently not be appropriate for the EU actually to make laws in this area, the EU could however provide knowledge and insights which are bigger than the sum of their parts, i.e., the entrenched media systems of individual Member States (*i).

Two more journalism-related initiatives were renounced by the EU institutions over the last few years before they even reached the stage of a pilot project. One, in 2010, was to provide grants specifically to multi-national teams of investigative journalists. While well-intentioned, the project was ill-conceived in that it took too little into account the mentality and working methods of journalists, and experienced difficulties setting up a proper firewall between the EU as a governmental body and the potentially sensitive, if not offensive, investigative topics. It was abandoned with good reason, but it deprived the public of more than €1 million’s worth of potentially exciting stories even in its earliest planned configuration.

The other, in 2011, looked into establishing an Erasmus for journalists programme, which was supposed to support extended sojourns of professional journalists with media organisations in another EU country. This was a genuinely European task that would have helped, albeit incrementally, to loosen up the media’s predominantly national point of view. Journalists would have had the opportunity to learn about other Member States, to experience first-hand the working methods of their peers, and to appreciate the approach taken in other countries to issues of common concern. Alas, the initiative was scrapped before it could even begin in earnest.

All the above projects were initiated directly or indirectly by the European Parliament and turned over to the European Commission to investigate their feasibility and potentially to implement them later. None of them survived – and yet none was intended directly to subsidise out-dated legacy media business models. All three concepts were rather agnostic of the organisational framework and primarily investing for the benefit of journalistic stories, individual journalists’ professional capacities, media variety in general, and a European public sphere.

However, people have for a long time discussed whether a European public sphere is possible at all and if so, how it could be achieved. The reasoning is that European integration can only be strengthened if citizens eventually stop identifying only with their countries of origin and consider Europe as a common political space of action that goes beyond petty particular interests of the Member States. Arguably, we are light years away from such a state of European bliss.

Nonetheless, two cheeky and yet apt new metaphors were introduced into the discussion recently. Alexandros Koronakis finds the European public sphere “fragmented into sphericules”, where many more special interests are served by all kinds of media than ever before, while at the same time there remains a lack of an overarching and encompassing awareness of EU-related topics.

And Ronny Patz discovered what he calls “the EU foam”, a term nicely picking up on the idea of the “EU bubble” or “Brussels bubble” that is often used to describe the close-knit community of EU experts knowledgeably communicating with each other while usually remaining obscure for the public at large. Ronny explored how European topics occur in blogs that are not exclusively about Europe and which are written in many different languages rather than only English and French, the de rigueur lingos of EU aficionados. His diagnosis: Once you can be bothered actively to look for them, European topics actually permeate the wider blogosphere. What makes them foam rather than a bubble is their lack of interconnection – they rarely link to each other and hardly ever engage in an actual debate.

Given that blogs tend to be much nimbler than legacy media and that many of them cater to more specific areas of interest than mainstream publications, I take the “EU foam” observation as an indicator that at least the substrate for a European public sphere already exists. The challenge now is to create more awareness for that fact and to start connecting the dots – or, to remain consistent, merging the bubbles.

So what can the European Union do about this? It all boils down to one word: CONNECT. A quantitative study (PDF) related to the abovementioned “Erasmus for journalists” project showed, not surprisingly, that on average media in EU Member States devote a low single-digit percentage of their overall news coverage to issues concerning other Member States, never mind the European institutions.

This sorry situation could perhaps be improved in several ways:

*Original article can be found at the European Journalism Centre,  August 16, 2012.

» Media and Politics » Eight Ways the EU Can Help...