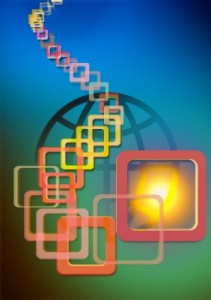 Is the DIY ethic a positive or a negative factor for journalism?

Traditional forms of PR are losing relevance, and only one-third of all PR activities now target classic legacy media. Mastering digitalization and communicating directly with stakeholder groups via the Internet (using social networks, for example) are viewed as the most pressing challenges to PR professionals.

These are the most interesting results of a recent online survey analyzing trends in the Swiss PR branch. It would seem likely that findings would be similar in other German-speaking countries. Recently, several institutions presented the first “Corporate Communication and Public Relations Practice Monitor,” with Francesco Lurati from the University of Lugano as the driving force.  Results have been published in English, the unofficial “fifth” Swiss language.

Thus, the PR community has become the subject of an annual monitoring. Last year, Kurt Imhof’s yearbook about the quality of media and journalism (“Jahrbuch 2010: Qualität der Medien”) stimulated discussion in Switzerland  – in particular about the role of free newspapers in the (self)cannibalization of publishing houses. Even Pietro Supino, director of the supervisory board of Tamedia, one of the three largest media corporations in the country, discussed the study in a long piece he published in Magazin, a weekly run in Switzerland’s largest quality daily Tages-Anzeiger, and thus triggered something unusual: a controversial public debate between publishers and media researchers. Adding further material for discussion, the Federal Office of Communications (Bundesamt für Kommunikation) in Berne published six research reports about the status of Swiss media.

To answer the introductory question, journalism, which has grown more dependent on PR material, won’t win predominance if PR professionals continue to use other, more direct channels to communicate with stakeholders. However, perhaps the PR experts will somehow realize that the old, indirect detour form of communication – addressing target groups utilizing journalists as middle men –  has its merits, too. Of course there are corporate publishing success stories like that of the Red Bulletin (from soft drink bottler Red Bull), a journal promoting itself as “nearly independent” with a twinkle of the eye, which has been added to large newspapers in Germany, Austria and six other countries with a worldwide circulation of 4.3 million. Despite stories like this, it’s still largely understood that only if press releases are verified by journalists will they then acquire a certain credibility among the publics which PR professionals communicating directly with their audiences will never have.

Regardless, it’s worthwhile for journalists to take a closer look at what occurs on the “other” side. Aside from the trend report on PR in Switzerland, a small Marcel Bernet booklet on social media in media relations (“Social Media in der Medienarbeit”) provides a condensed overview of the challenges of online PR in the age of Facebook. The author, owner of a PR-Agency in Zurich, is convinced that “In five years social media competence will be part of the core know-how of media relations – like email or search engines nowadays.” This likely applies not only to PR professionals, but to journalists as well.

Journalism Research: Philanthropists are moving out

During an annual meeting of journalism quality-initiatives, it was suggested that in Germany and Austria a similar continuous monitoring should be initiated – thus far without a palpable result. If journalism and PR researchers would unite their activities on a single platform like the U.S.’s Project for Excellence in Journalism, they could multiply their public visibility and influence. However, the Pew Trust stands behind the U.S. initiative – a foundation supporting  journalism and journalism research with many millions of dollars. To the contrary, in the German language area major and minor philanthropists alike have left the field creating a big hole – just mentioning the Bertelsmann-Stiftung which halted its journalism program abruptly years ago along with the foundation of the Sparkasse in Lipsia which, until recently, funded the activities of the local Institute for Journalism Research and the German journalism trade journal Message.

European Journalism Observatory co-founder and until 2018 Professor of Journalism and Media Management at the Università della Svizzera Italiana in Lugano. Frequent contributor to Neue Zürcher Zeitung (NZZ) and Der Tagesspiegel (Berlin), as well as to the specialist publications Schweizer Journalist and Der österreichische Journalist.
» Ethics and Quality » Do-It-Yourself Journalism