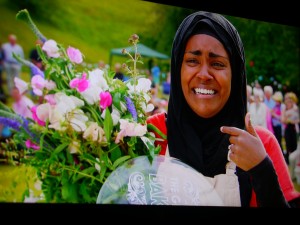 Media in Britain – particularly broadcast media – is failing to represent, or relate to, minority audiences, according to new research.  BBCs One and Two are perceived as the ‘whitest’ channels, with minority viewers half as likely to watch BBC One’s six o’clock news as general audiences.

Trevor Phillips, a writer, producer and Deputy Chair of the Steering Committee of the National Equality Standard in the UK, who co-authored the study, said although some broadcasters are getting better at producing programmes that appeal to diverse audiences, most could try much harder.

Phillips, together with colleagues at consultancy firm, Webber Phillips, compared the performance amongst the whole audience of five major channels, BBCs One and Two, Channels 4 and 5 and ITV, with their performance amongst minority audiences – during 2015. They found that every channel did worse among minority audiences than among the audience as a whole, but that BBC One and ITV performed particularly badly.

The researchers also rated the channels according to their audience share amongst minorities compared to the whole audience. Their ‘integration index’ reveals that the UK’s Channel 4 is the most successful channel at bringing audiences together (Channel 4 news is 78% more popular among minority viewers) and has the largest minority audience overall, while BBC 2 is the country’s ‘whitest’ channel.

Phillips, speaking at the Oxford Media Convention this week, said: “As an industry, whatever we say we want, we aren’t doing much to change the picture.”

“The UK is increasingly a country of racial alienation and indifference, where we mix less and less, at school, at home and at work. And in an era where social media…do more to fragment us than bind us together, it is left to broadcast media, particularly television to become a modern engine of integration.”

Phillips said that recent awareness raising, particularly by Lenny Henry, the actor, has had some success and that major TV broadcasters have started to monitor the diversity of their content.

However, he added: “I do wonder if we’re aiming slightly off-target. Who we see on screen does matter; but perhaps we need to think more about who decides who we see.”

Of the 46 seats on the boards of the four major UK broadcasters just one – a BBC Trustee – is occupied by a non-white person, Phillips said.

Ofcom, the UK’s broadcast regulator’s nine-person board has only recently acquired a person of colour, Sharon White, its CEO.

Phillips said it is not only broadcast media that fails to include minorities.  He pointed out that over the last four years, 47 newspaper columnists have been nominated for Columnist of the Year at the Society of Editors’ Press Awards, yet amongst those 47 nominations there was not a single person of colour.  This “is because there are hardly any minority columnists in the UK from whom to choose,” Phillips said.

“Shows that have consistently integrated speaking casts where the black and brown faces aren’t there to be exotic or to explain their blackness or brownness – the Apprentice for example – win big amongst minorities. But shows which hark back to a Britain where people like me seemed to have no material presence – Downton Abbey, Broadchurch, Midwife, Poldark – hold little appeal,” Phillips said.  Shows that appeared on both lists include The Great British Bake Off and Strictly Come Dancing.

Different audiences enjoying different television programmes has a divisive effect upon society, Phillips said.  “Not only can TV tell us a story about our racial divisions – it can amplify those divisions by excluding whole groups from the shared conversation.”

Phillips called for broadcasters to be more transparent in their efforts to integrate their minority audiences and to accept the scale of the challenges they face to do so. He also said that, in his view, privatising Channel 4 would threaten its ability to appeal to diverse audiences. “I am not saying that Channel 4 is the most popular or most watched channel amongst minorities. But I am saying that it is the channel doing the best job of leadership right now on the vital work of racial integration,” Phillips said.

To read the full speech by Trevor Phillips

Caroline Lees is the Head of Communications at the Reuters Institute for the Study of Journalism. She is the former editor of the European Journalism Observatory’s English language site. She is a British journalist and has worked for The Sunday Times, London, for seven years including time spent in Delhi as South Asia Correspondent and as a news reporter and arts correspondent. She has also worked as foreign editor and assistant editor of The Scotsman, and for the Economist and Telegraph Media Group.
» Ethics and Quality, Research » BBC 2 Britain’s ‘Whitest’ TV Channel:...