How a Baltic investigative journalism startup learned to embrace the new

One of the major players in the field of project and collaborative journalism in the Baltics is the non-profit Baltic Center for Investigative Journalism Re:Baltica. The project is based in the Latvian capital Riga but is also very much part of an international community of organisations devoted to investigative journalism.

When Re:Baltica was set up eight years ago it introduced two ideas that were then quite new to the practice of journalism in the region. It adopted a novel approach towards the dissemination of journalistic work: the Center carries out research and creates a story, then provides it to media organisations free of charge. And secondly, it adopted a new business model – one relying mainly on grants and donations.

Back in 2011 when EJO interviewed Re:Baltica co-founders Inga Springe, doubts were expressed over two things: 1) Would they succeed in persuading newsrooms to collaborate? and 2) Can non-profit journalism survive in the long term? Nearly ten years on, it seems that both are possible: media are increasingly prepared to collaborate, and the project approach can be a successful business model.

EJO recently spoke to Springe again, and took the opportunity to ask her about the day-to-day work of a non-profit media organisation and the challenges it currently faces.

Learn from the competition 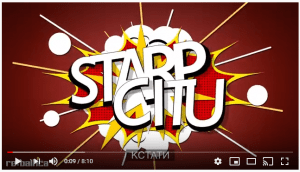 Re:Baltica’s video strand is aimed mainly at those who consume news via social media

Springe says that whether people are reading the “right” or the “wrong” newspaper is no longer the issue. The problem now is that people are not consuming traditional media at all. That’s why the project recently launched a new brand, Re:Baltica Light, and a series of online video reports under the rubric #StarpCitu (#ByTheWay), available on YouTube and Facebook. “We realised that we needed to present our content on a specific ‘social media platform’ to reach the social media audience,” Springe explains.

She also notes that the Latvian media have become aware that people now exist in mutually exclusive information bubbles, so there is nothing to lose from collaborating. “I think the media have realised that we are living in a new market situation in which they don’t need to fight each other, but instead need to mobilise against the big tech industry giants such as Facebook and Google. They are aware that the media need to join forces to survive this battle,” she says.

She also admits that in the last couple of years, she has had to rethink many of her previous assumptions, and that she has now adopted a new mind-set: “Don’t blame your competitors, learn from them!” she says.

She acknowledges that there is no point in blaming cute kitten videos for their popularity. Instead, she says that journalists should analyse these videos and try to discover exactly what makes them so appealing to audiences.

According to Springe, the key to Re:Baltica’s success over the last few years has been its determined push to get to know its audience and provide it with specifically targeted information. “For us, the donors are the primary stakeholder. So we think about things that interest and are important to our donors, such as the impact our stories have. Because of that we think hard about the audience for our stories and where and how best to address this audience.”

For example, a recent project was devoted to domestic violence and was aimed at women who have actually experienced such abuse, as they are the ones likely to be motivated to change things.

For this ambitious project, Re:Baltica collaborated with various professional and civic organisations and regional media outlets as well as with its regular media partners: the weekly magazine Ir, Latvian public service media and the news portal Tvnet. It also offered the content to Latvijas Avīze – the largest daily newspaper in the country, which tends to be more widely read outside the capital.

“Before we started, we thought about what might interest and help those who have suffered from domestic violence and realised that a common mistake media make when talking about this topic is to cover it mainly through horror stories,” Springe says. “Those who have suffered from violence don’t need to be told what it’s like to be beaten up and how terrible it is, as they know all about it from their own experience. For them it’s more useful to know that there’s a way out and a better quality of life after that.”

She says it’s important to take on board what your audience is telling you. “And what do we often hear? That people stop consuming media whose content is overwhelmingly negative.” Springe emphasises that this is another reason to go beyond the usual “horror story” approach.

Re:Baltica’s business model is not dependent on advertising revenue or subscriptions, but is instead based on several alternative income streams. The largest part comes from grants and donations. The journalists involved in the project also bring in money for it in the form of fees for educational work (such as giving talks on media literacy), event moderation, research work and scripting documentaries. According to Re:Baltica’s website, in 2018 competitive grants made up 67% of the budget, 22% came from donations, and 11% was earned income.

Springe briskly dismisses the suggestion that there is a danger the project could become too dependent on donors. “Their values have never been in conflict with mine and the topics that interest them interest me as well,” she says. And in any case, all donors who give more than 4,999 euros have to sign an agreement saying that they agree to respect Re:Baltica’s editorial independence.

Nor is Springe concerned about the availability of funding. She points out that in the wake of the Ukrainian crisis and the 2016 US presidential election, there has been no shortage of funds available for organisations set up to combat misinformation and promote media literacy, and she predicts that this situation is unlikely to change any time soon.

She has ambitions for the further development of Re:Baltica’s fact-checking project Re:Check, and reveals that the organisation has applied to become an official partner of the International Fact-Checking Network run by the Poynter Institute. Achieving such a status would enable Re:Check to become an official Facebook fact-checker and might open up new horizons on the educational front as well.

Though Re:Baltica’s core staff is small – only three journalists work for the project full-time – Springe would dearly love to recruit an audience engagement and community building professional to the team. Such a person would need to offer a mix of journalism, marketing and other skills – a combination not often found in the same individual.

“One thing I have come to realise is that we devote a lot of time to content creation, but not enough to distribution,” Springe says.

She shares a crucial lesson she learned from attending a media management class: “The lecturer told us that typically, if a journalist and an entrepreneur are both given 100,000 euros, the journalist will spend all of it on research, but the entrepreneur will spend at least 10–20% on marketing activities. And it’s true. Re:Baltica and all similar such projects working in Eastern Europe suffer from the same problem: we are all great journalists, but lack a business outlook.”

If you liked this story, you may also be interested in Media Start-Ups: Journalists Become Entrepreneurs to Save Quality Journalism

Liga Ozolina is a PhD student on the Communication Management Program at Turiba University, Riga. She was previously the editor of the EJO's Latvian-language site and has also worked on Diena - one of Latvia's largest daily newspapers - and for various online media outlets. Her academic interests include journalists' professional identity, entrepreneurial journalism, online journalism and new media business models.
» Media Economics, Recent » How a Baltic investigative journalism startup...