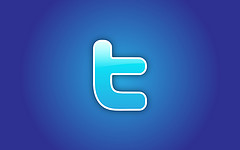 In a new study conducted by the Institute of Mass Communication and Media Research (IPMZ) at the University of Zurich, researchers attempt to measure the spread of microblogging service Twitter within newsrooms in Germany, France, Great Britain, Italy and the United States.

Technological innovations in journalism have been known to blossom into global trends. One such trend is the microblog Twitter, which developed into an important news channel in only a few short years. Twitter, founded in the U.S. in 2006, sends over 140 million tweets each month (figures from February 2011). Research shows that by 2010, most of the important newspapers and TV channels in the U.S. had an official Twitter account (Messner et al. 2011). Many media companies in Europe are also beginning to utilize Twitter, making it an essential component of journalism by consistently changing work routines and norms.

Are these signs of the Americanization and convergence of journalism? Or are there still national differences? Do country-specific factors determine the handling of technical innovation?

To answer these questions, the Twitter accounts of 39 news outlets (newspapers, TV channels, online media and news agencies) in Germany, France, Great Britain, Italy, and the U.S. were compared in an empirical study. Analysis revealed that the “adopting” of Twitter first spread in single systems and then diffused into similar systems.

This means that media systems which are similar  – due to historic, political and economic conditions – also act similarly in matters of innovation adaption. In this regard, Mediterranean states with opinionated press and TV orientations (like France or Italy) differ from liberal systems found in the U.S., Great Britain, or democratic corporatist countries like Germany.

Regarding the use of Twitter in newsrooms, Internet access is also very important in each respective country, as media companies also take the demand of their users into account. If many are using Twitter, newsrooms will seek to reach their audience through these channels.

There are huge differences in how media outlets in the countries included in the study use Twitter, for example British newsrooms tweet most frequently, followed by France and the U.S.

Overall, quality media outlets sent twice as  many tweets as yellow press outlets did.  Although Twitter is used frequently, journalists do not exhaust the technical and connecting potential of Twitter. Roughly one-fifth of analyzed tweets contained hash tags which helped to connect tweets topically and thus stimulate the following discussion. However, around 80 percent of the tweets analyzed contained were found to be more self-referential than connective.

The results of the study show that Twitter is primarily used as another channel for journalists to spread their articles. To comment first on events, and then to provide reporting.

Opinion leaders – for example politicians or journalists – use Twitter intensively, and it becomes especially relevant for media outlets who target this audience. This is why French media utilize Twitter actively, although they have fewer followers on Twitter than their international counterparts.

Quality French media outlets orient themselves strongly with the political elite of the country and there is often close contact between journalists and politicians. Hence, Twitter is optimally suited as a news channel because journalists can directly contact politicians and quickly generate their reactions.

It can be assumed that over the course of time other European newsrooms will increasingly use Twitter. However the results show that in the digital era, national differences are a crucial factor in the eagerness for innovation.

The study was presented at the 2012 conference of the International Communication Association (ICA) in Phoenix.