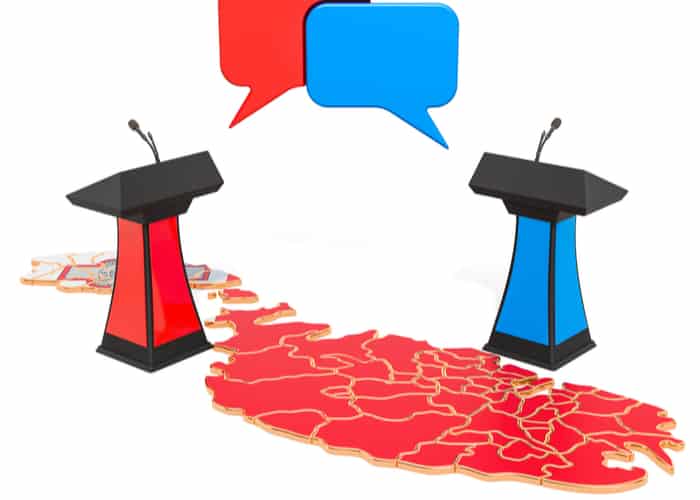 An intriguing debate is unfolding in the tiny Mediterranean island of Malta about whether television and radio stations owned by political parties are going against the Constitution – which demands impartiality in broadcasting news. In fact, this is the subject of an ongoing court case in the southern European nation.

Malta is the only EU country where its two major political parties, the governing Labour Party and the opposition Nationalist Party, own multi-media houses – a system that has fuelled stark political polarisation.

How did this come about? A Broadcasting Act implemented on June 1, 1991 opened the floodgates to a proliferation of private televisions and radio stations. This was done to introduce media pluralism and fight the state-media monopoly at the time.

When I asked Saviour Chircop, former dean and associate professor at the faculty of media and knowledge sciences at the University of Malta, whether political parties should be allowed to own broadcast outlets, he insisted that national pride had been substituted by blindfolded party allegiance.

“In a small state like Malta, political party allegiance replaces national pride. Every issue is tainted with a political party assessment often leading to a lack of proper analysis and solutions. Over the years this modus vivendi resulted in paralysing and divisive adversarial relationships. Therefore, the issue of party-political broadcasting is ultimately whether one allows a national identity to emerge as the basis of nation-building.”

The output from these stations ranges from magazine programmes to arts, culture and discussion slots. But the leitmotiv is as clear as a bell. It’s a continuous rallying call to those who are blindly loyal to their parties. This agenda steals the spotlight in news bulletins and discussion programmes.

In fact, the continuous bombardment of content from the two main parties has led to an ongoing debate, because it clashes with the Constitution’s principles of impartiality in broadcasting. In August 2020 news portal Lovin Malta launched a crowdfunding campaign to challenge the legality of the licensing of these stations. Spearheading this crusade is Christian Peregin, the man behind Lovin Malta. In a Facebook post, he explained how these stations are breaching the Maltese constitution.

According to Peregin: “Party media created a culture of misinformation and spin”. They also “brainwash people into believing that there are only two ways of thinking: red or blue” (red is traditionally associated with the governing Labour Party, while blue is generally known to represent the Nationalist Party). He added that “they allow politicians to escape accountability by drowning out real journalism.” His aim, he claimed, is to “safeguard everyone’s right to impartial broadcasting instead of political propaganda.”

Peregin also pointed out that the political party stations haven’t published their audits and are struggling financially – making them dangerously dependent on hand-outs from business owners.

It’s an open secret that these media outlets put their respective political party under heavy financial pressure. This is evident in the regular fund-raising marathons, which call on the faithful to cough up money for the maintenance of media outlets, in addition to the parties’ normal running costs.

Peregin’s arguments were apparently not well received by Robert Cremona, head of news at Net TV, the Nationalist Party station. Cremona said that their platform did just the opposite to what’s being claimed, and, in fact, political party stations are impartial in their narratives. He sidelined the issue by calling for a collective effort to improve the broadcasting law.

On the other side of the fence, Jason Micallef, executive chairman of ONE productions said that their station had been “instrumental” in aiding the progress of Maltese society and described the recent concerns by Lovin Malta as a ‘vicious attack’.

Former chief executive of the Broadcasting Authority, Pierre Cassar, believes that the political stations have become a main staple of the Maltese broadcasting landscape and have provided a launching pad for many budding journalists and broadcasters. He, however, acknowledged the contrasting interpretations of impartiality as reflected in the Constitution and the Broadcasting Act. And it is precisely this point that the courts will have to decide on.

So, the ball is now with the Maltese courts, with a hearing scheduled for April. This is expected to be a lengthy process as it is essentially deciding whether provisions in the Broadcasting Authority go against the spirit of the Constitution.

If you liked this story, you may also be interested in: Europe’s media reaction to Biden’s presidency

Josef Cutajar is a communications professional currently based in Brussels. He is a graduate of the University of Malta. Contact: josefcutajar@outlook.com
» Ethics and Quality, Media and Politics, Recent » Deciding the future of Malta’s political...