Georgia: Coronavirus and the media 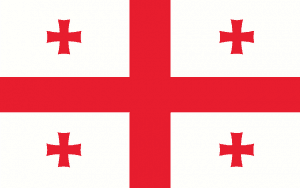 The first case of Covid-19 in Georgia was registered on 26 February. By 15 March, the number of confirmed cases had increased to 33. On 16 March, the government introduced special measures, including a ban on any foreign nationals entering the country and a recommendation that all elderly citizens avoid mass gatherings and isolate themselves. On 21 March, President Salome Zurabishvili declared a nationwide state of emergency. By 27 March, 4,505 people had been placed in mandatory quarantine and the number of confirmed cases had reached 81. The slower rate of increase in cases relative to many other countries show that government measures to contain the disease – including a strict quarantine regime – so far appear to have been effective, but the expectation is that community spread of the virus is unavoidable and that more restrictive measures may have to be introduced.

In Georgia, most of the population get their information from broadcast media. TV coverage is politically polarised and it is necessary to navigate a range of channels and media outlets in order to be sure of receiving comprehensive information.

The media have been basing their coverage mainly on sources such as medical professionals, government officials, opposition party leaders and religious leaders. Less attention has been paid to the experiences of people who are in quarantine or self-isolation, although such interviews and diaries and blogs do exist.

Coverage in all media is dominated by the statements of top government and health officials. Pro-government media focus more on the measures being taken and what has being achieved, while pro-opposition and independent media pay more attention to potential negative outcomes, mostly in the economic sphere. It is a similar story with the tabloid media, though these are also disseminating disinformation related to cures for Covid-19 and non-scientific methods of avoiding the disease.

Misinformation is also circulating on social media, mainly via forums and messenger groups. Every day, one can find audio and video clips informing people of “miracle” cures such as garlic or hot water or lemon juice.  Despite the seriousness of the outbreak, jokes about it are widespread on social media. Memes and humorous imagery relating to quarantine and self-isolation are circulating.

So far, most of the media have given a positive assessment of the government’s approach to tackling the crisis. Georgian opposition parties and independent experts have also adopted a cooperate attitude towards finding solutions. They acknowledge the positive steps taken by the authorities but criticise the lack of tests and hospital supplies.

The main opposition TV channel Mtavari, along with other progressive and independent online media outlets, has criticised the government for not doing enough to minimise the impact of the crisis on the economy. These outlets also criticise the government for trying to collect the taxes owed by TV channels in these uncertain times. News reports about panic buying and stockpiling have been balanced by coverage of special press briefings given by the authorities and representatives of business, who insist that there are adequate food supplies.

A snapshot of three days’ coverage of selected media outlets (a pro-government TV channel, an opposition TV channel, and a selection of tabloid and more sensational media revealed coverage of a wide range of topics related to the coronavirus, most of it based on authoritative sources such as state officials and health authorities. In addition to regular updates on the spread of the virus, the topics covered include religion, the economic situation and care for the elderly.

The media have also highlighted cases of people who violate the quarantine, especially if these people have close ties with government officials or opposition party leaders. They report on doubts over the government’s ability to cope with a health situation in which intensive care units are overwhelmed by large numbers of infected people, or an economic crisis characterized by rising unemployment and currency devaluation. For example, media have reported on the Georgian Central Bank selling $US40 million in an attempt to stabilise the national currency.

Another major theme covered by the media is the Georgian Orthodox Church’s refusal to change communion rituals despite concerns over the spread of the virus. Most Georgians are Orthodox Christians and the church is the most trusted institution in the country. Its governing Synod recommended the placing of loudspeakers outside churches, so that worshippers could keep their distance from each other during services, but refused to suspend the ritual of worshippers receiving holy communion from the same spoon. One commentator noted that the church’s obstinacy in this respect had triggered an “unprecedented debate” over its role in society.

The media have also reported on Georgians’ expressions of support for the medical staff in the frontline of the fight against the pandemic. Time will tell if these health professionals will be able to deal with large numbers of sick people in the coming weeks, especially if people continue to observe Orthodox Church practices instead of following medical advice.

Tina Tsomaia is a Professor at the Georgian Institute of Public Affairs / Caucasus School of Journalism and Media Management, Tbilisi. She has a BA and an MA in Medicine and an MA in Journalism and Media Management. Her research interests include health communication.
» Ethics and Quality, Media and Politics, Recent » Georgia: Coronavirus and the media