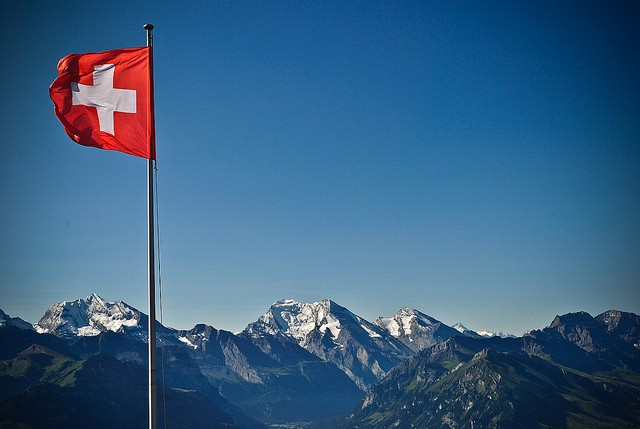 Swiss people still trust the media, especially if they regularly consume news from traditional news providers, such as the national public service broadcaster, Swiss Broadcasting Corporation (SRG). But audiences in Switzerland are generally turning away from quality news providers, according to the latest Swiss Yearbook The Quality of the Media and its accompanying in-depth studies on media trust and on news repertoires.

As Swiss citizens will be likely to vote in 2018 on a public initiative that aims to abolish the licence fee model for public service broadcasting, finding ways to strengthen journalism in these difficult conditions should become a top priority for media policy.

In the seventh annual Yearbook we analyse the state of Switzerland’s media systems and put these findings into an international perspective. It is a report for which we collect, analyse and combine various types of data, such as large-scale content analyses on the quality of news, our own surveys and other survey data including from the Reuters Institute’s Digital News Report 2016, and industry. In this article, we present two of the main results.

Trust in the media closely linked to news use

It becomes clear that country or media system differences are not the whole story. Individual-level factors are important since, apart from socio-demographic factors and audience self-positioning in the political spectrum (left vs. right), news use and trust in the media are closely linked. We find these effects when we do regression analyses both for Switzerland only and for all 13 countries together.

At the same time, a positive media system trust correlates with users’ willingness to pay for news and to accept advertising, for example on news platforms. Given that (high-quality) journalism cannot survive without financial resources, one implication of this study is to find ways to foster trust in the media and point out the value of public service broadcasting, also in economic terms, both for the overall media system (including private media) and society. This is an important point since, at least in Switzerland, private media organisations heavily attack the public service broadcaster. They let their news coverage on media policy be shaped by their (economic) self-interests, usually minimizing the value of PSB.

The value of PSB in Switzerland in particular is also underlined by our content analyses and our devised “quality scoring” of around 20,000 news reports and articles in Swiss media. These show that public service broadcaster’s news programmes and their online news sites empirically offer news coverage of higher quality than most other media types. In a separate project linking content-analysis and survey data, we can show that Swiss media users at least also perceive the quality of Swiss PSB to be among the highest.

One big challenge for PSB in Switzerland, as in many other countries, is to reach large audiences in an increasingly digital environment. On one hand, PSB remains among those news providers with the largest reach online. On the other hand, any news provider which still produces quality journalism is faced with the problem that the group of people who do not consume news intensively and regularly is growing, especially among the young. This becomes clear when we look at survey data on media use in Switzerland since 2009 (more than 27,000 respondents overall; more than 3,000 every year). Every user has a certain news repertoire, which captures 1) which media a person uses and how a person combines his or her use of different media and 2) how intensively a person uses media outlets for informational purposes.

Based on a cluster analysis of all these individual news repertoires, six different repertoire types can be aggregated. Among them, the “Intensive Users” use both traditional and online news extensively, while the so-called “news-deprived” are deprived of substantial news both in quantitative and qualitative terms.

Diagram 1: Repertoire types – Share within the Swiss adult population and changes since 2009

Of course, it is not surprising to observe a segmented and stratified audience. What is striking, however, is the change in the last seven years. The “News-Deprived”, whose main source of information are media with quality below average, such as printed or online versions of the tabloid-like free commuter papers, now constitute 31% of the adult population, up from 21% in 2009. Together with “Global Surfers” (21% in 2016, up from 16%), who tend to superficially consume (cost-free) news online, they now build the majority of the audience (52%). “Intensive users” are now 11%, down from 14% in 2009.

The very different news quality which these different repertoire types consume clearly affects media users’ perception of social issues. When asked which topics users had followed most intensively past year, the “Global Surfers”, above all, unsurprisingly indicate top international topics, for instance the conflict between Russia and the Ukraine. The downside of this political interest is the fact, however, that “Global Surfers” do not really pay attention to important political domestic issues (the survey was actually about topics in an election year in Switzerland). This raises the question to what extent these media users can actually participate in domestic political debates (and vote).

The “News-Deprived” are mainly concerned with episodes and events which focus on threatening scenarios such as disasters and accidents, terrorist attacks etc. We would suspect that media users with this type of world perception are being less enabled to put complex issues into perspective and develop arguments against simplified, populist explanations and proposals.

Needless to say, these significant audience shifts are a challenge not only for journalism but for society in general. Especially in view of the upcoming public referendum on the abolishment of the licence fee model for public service broadcasting, a much wider debate about the causes and the consequences of this development becomes highly important.

Read a summary of the Yearbook’s findings here: in English, German, French, Italian