When a President Wages War on a Press at Work: Marty Baron and the Washington Post 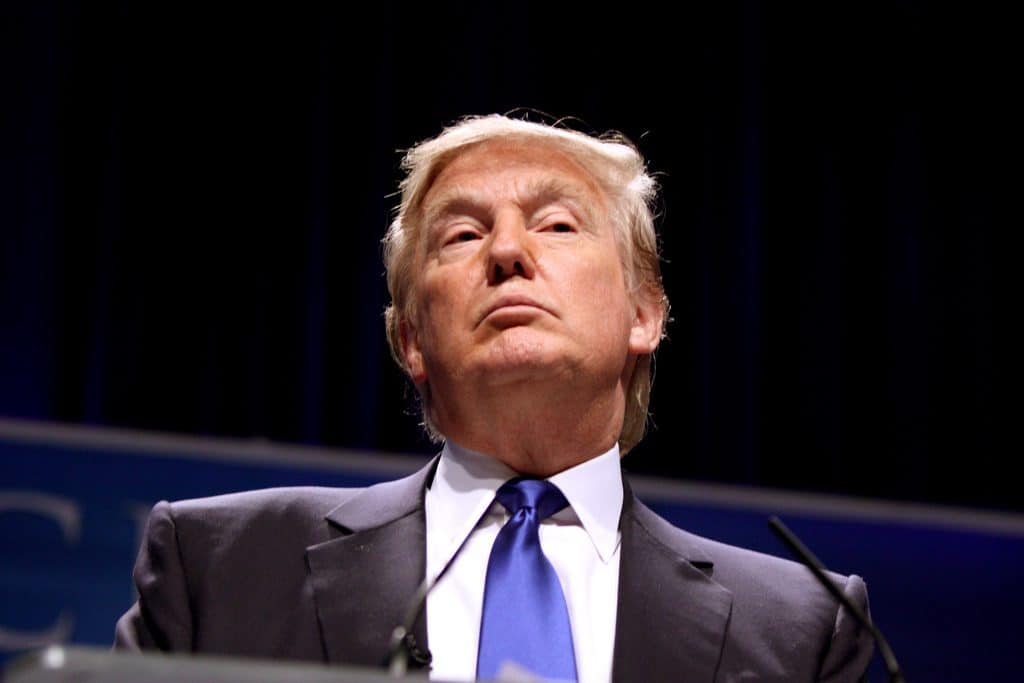 Since 2015, Trump has posted more than 1000 tweets critical of the press and tweeted about “fake news” over 150 times. Image: Gage Skidmore, Flickr CC

Journalism has experienced a profound change, according to Marty Baron, editor-in-chief of the Washington Post. Reporting is becoming less influential as audiences change: some choose to believe false claims over facts, and prefer showmanship to evidence, Baron told an audience at the Reuters Institute for the Study of Journalism last week.

Over the past few years, during the American presidential campaign and in the first 12 months of Donald Trump’s administration, it has become increasingly apparent that the “old rules of journalism” no longer apply, Baron said.

Delivering the 2018 Reuters Memorial lecture, ‘When a president wages war on a press at work’, Baron described how “an unrelenting assault by the most powerful person on earth” has forced US journalists to confront fundamental questions.

“How was it that when we reported that what a candidate said – and then what the president said – was false, much of the public shrugged it off? How was it that so many people believed things that were untrue, even though we could document that they were false? How was it that websites created overnight could successfully disseminate falsehoods and crackpot conspiracy theories, suffering no consequences for deliberate deceit but instead gaining audience?”

The Age of Show Business?

Baron referred to a 1985 book, “Amusing Ourselves to Death”, in which the author, the late Neil Postman, predicted that the shift in media consumption from print to television would change culture and politics. The Age of Exposition, Postman argued, would be replaced by an Age of Show Business, in which credibility would depend only on the impression of sincerity, authenticity, vulnerability or attractiveness.

“The president of the United States may well be on to something when he emphasises, as he routinely does, his television ratings,” Baron said. “Or when he explained, as he did in October, his behaviour on Twitter by declaring, “You have to keep people interested.” Or when he remarked of the generals in his cabinet, immediately after his swearing-in on January 20, “I see my generals. These are central casting.”

“There is clearly a heavy dose of the show, the performance, in this administration,” Baron added. Donald Trump has learned from his 14 years hosting the American television show, The Apprentice: “He may have learned more about today’s media environment and today’s political communication than we in the press yet fully understand.”

The problem for journalism arises when audiences confuse Trump’s showmanship with reality, choosing to believe false claims and ignore evidence.

“What does it take to establish something as fact? Do the old ways still work? And if not, how does democracy function when we can’t agree on a baseline set of facts? What if the public rejects the very idea of an independent arbiter of what’s true and false?”

“Muddling of fact and fiction”

Baron said he endorsed the right of Americans to vote for whichever leader they choose. However while America’s democracy gives people the right to vote freely, it also gives the press the right to publish freely, without government interference. “The job of the press is to provide citizens of our democracy the information they need and deserve to know.”

This job is becoming harder, Baron believes. He cited statistics that reveal the American public’s lack of trust in the media: a recent Politico/Morning Consult poll showed nearly half of all American voters – 46% — believe the news media fabricate news stories about Trump and his administration. A Vanity Fair/60 Minutes poll showed that 36% of Republicans believed freedom of the press does more harm than good

Yet the Washington Post’s Fact Checker staff counted more than 2,000 false or misleading claims by President Trump during his first full year in office.

Donald Trump has deliberately contributed to the “muddling of fact and fiction”, according to Baron.

Since 2015, Trump has posted more than 1000 tweets critical of the press and tweeted about “fake news” over 150 times.

“A concerted campaign” to raise doubts about the press

Baron quoted Chris Wallace, a commentator for Fox News – an outlet normally supportive of the president – who recently declared: “President Trump is engaged in the most direct, sustained assault on a free press in our history,” adding: “I think his purpose is clear: a concerted campaign to raise doubts when we report critically about his administration that we can be trusted.”

The president has recently stepped up his campaign against the mainstream press. He has called for reporters to be fired, even for small errors, and advised the public to sue media organisations if reporting mistakes lead to financial losses. He has also described US libel laws as a “sham and a disgrace” and said the First Amendment gives “too much protection” to the media.

Baron acknowledged that Trump’s “war” on the press has had an impact in America’s highly polarised society. The Reuters Institute’s Digital News Report last year identified the US online media environment as the most polarised in the world. The Reuters poll showed that 51% of those who leaned left trusted the media, compared with only 20% on the right. Polls also reveal that the gap between Republican and Democrat voters is the widest since 1985. Only four in ten Republicans endorsed the media’s role in holding government to account, compared to nine in ten Democrats. This figure reflects an increase in Democratic confidence in the press since Trump’s election.

Baron concluded his lecture with the message that this “unrelenting assault from the most powerful person on earth” would only strengthen journalists’ resolve. He said journalists must “just do our job. Do it honestly, honourably, seriously, fairly, accurately, and also unflinchingly.”

Journalists at the Washington Post and other American news organisations have always needed soul, Baron said. Now, they also need a spine. “and I am pleased to report,” he added, “that we have that too.”

You may also be interested in Alarmed, Unsettled, Wary: European Media ponder a Trump Presidency

Link to the text of the original speech here

Caroline Lees is the Head of Communications at the Reuters Institute for the Study of Journalism. She is the former editor of the European Journalism Observatory’s English language site. She is a British journalist and has worked for The Sunday Times, London, for seven years including time spent in Delhi as South Asia Correspondent and as a news reporter and arts correspondent. She has also worked as foreign editor and assistant editor of The Scotsman, and for the Economist and Telegraph Media Group.
» Comment, Media and Politics » When a President Wages War on...