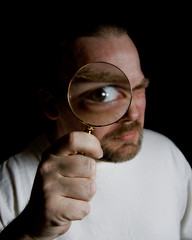 The Austrian government and its state-controlled industries spend an annual €95 million on advertising.

The major share of this figure supports big boulevard newspapers in addition to the free press. In contrast, a mere €1.7 million of public funding is devoted to journalism education, the improvement of literacy and the network of correspondents. Close to €11 million go to publishing houses as indirect subsidies to support newspaper distribution as well as the regional diversity of the daily press.

This blatant misproportion makes the demand for transparency highly evident, in general if taxpayer money is being used, but particularly if advertising is financed with public money. Occasionally subsidies of this size may even dictate the fate of certain titles.

Last week the Austrian Newspaper Association organized its first “Day of Quality Journalism.”  The president of the Association, Hans Gasser, used the forum to strongly demand such transparency, as taxpayers are certainly entitled to know how the government spends their money.

It’s remarkable that the public money used on advertising for public institutions and programs is 55 times more than what is allocated to support quality journalism.  On top of that –  as assured by several credible insiders – most of this advertising money is channeled to print media outlets which invest little in journalistic quality, for example government-friendly newsrooms that manage to keep from asking particularly critical questions. As long as a bit of mystery lurks over who receives how much from the advertising pie, the doors to corruption remain wide open.