Too Much Information: The Declining Value Of Information In The Networked Society 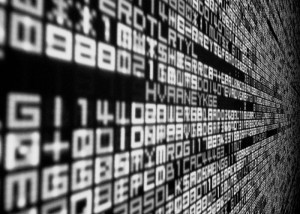 What is the single most striking element explaining the difficulty in the discovery and implementation of new business models for the media in the digital age? According to a recent paper published in the Portuguese academic journal, OBS, that single element is the declining value of information in the networked society.

In this paper, The Economic and Social Value of Information in the Network Society, the author argues that all attempts to devise alternative business models so far have failed, not because they were wrong or poorly implemented, but because information – all forms of information – necessarily lose economic value when we shift from an analogue to a digital paradigm.

And here’s the paradox: most media companies have much larger audiences on their digital operations than they have on their analogue media. Yet, these still represent the bigger share of their revenue. This is a problem that everybody who works in the media knows well, and can be seen in any media outlet.  It is, really, “the” key problem that everybody in this industry has been trying to overcome.

The “broken” business models of the media

Why is that? Why can’t media extract from their larger digital audiences the proportion of revenue they get from their smaller analogue audiences?

The paper’s hypothesis is that this is the result of a decline in the economic value of information. That is, the value that can be harvested by media companies from the buying and selling of information products and services.

Measuring information value is not easy. The use-value of information, of course, is subjective and refers to the benefits any individual draws from information. It cannot be externally measured. But the exchange-value is objective and can be measured in the marketplace of news through the price at which information products and services are exchanged. In the end, that reflects in two indicators for the economic value of information: the ARPU (Average Revenue per User), which displays the money effectively paid by the users for the information products and services they use; and the CPM (Cost per Mille), which reflects the price paid by advertisers to reach a given audience (media companies call this RPM – Revenue per Mille).

This paper draws on audiences and revenue data from media and internet companies and also examines the case-study of a weekly Portuguese magazine and its corresponding analogue and digital revenues, to conclude that there is a huge gap between the former and the latter.

This problem is not specific to this particular news outlet. Whenever you apply ARPU or RPM calculations to any media companies’ revenues you will arrive at the same conclusion: it can be five-fold, ten-fold or fifteen-fold, but media’s digital revenues will always come out much lower than their corresponding analogue revenues. Which of course seems to confirm the hypothesis that there is something about digital that reduces the economic value of information. What is that something?

Well, to answer that we have to go back to the theory of the networked society. First of all, it is a network. Which means that, as opposed to the linear information flows from the past, it has no centre and cannot be centrally commanded or gatekeepered. And then, it is a network of computers. Which means that all communication between them is digital, that is, numeric (mathematic) and binary.

This becomes the central feature of the new information and communication paradigm: the shift from analogue to digital. Inside a computer there are no images, sounds, videos or texts; just “zeros” and “ones”. This means, among other things, that a tablet or smartphone can reproduce all types of media – it’s called “convergence” – and can receive, as well as produce, content – empowering individuals as producers, as well as consumers of information.

This also means that any computer can reproduce a content housed in another computer – challenging proprietary laws through sharing – and is capable of decomposing and recombining the digital code, allowing the remix of all forms of media. With the tools to do all this increasingly in the network itself – it’s what we call “platforms”- the result is ease of access for everybody for the production (and reproduction) of information and therefore… abundance!

Furthermore, when dematerialized – as in its digital format – information reveals a peculiar economic characteristic: it has high fixed costs but low marginal costs, which tend to approach zero, thus depriving information of any economic value.

Overall, the declining economic value of information is a structural feature of the new digital information and communication paradigm on which we live. In some aspects the transition is still occurring and legacy media are trying to adapt to the new reality with which they are confronted.

If we look at that new reality in this perspective – through the lens of the economic value of information – it may not make it possible to find a solution, but at least the problem can be seen in a different context.

José Moreno is Multimedia Director at Motorpress Lisboa, a publishing company, where he is responsible for the development of new digital information products and services. He has a degree in Social Communication from ISCPT-UTL and a master in Communication, Culture and Information Technologies from ISCTE-IUL. He studies issues related to information and communication digital technologies and its social implications. He is married, father of two boys and lives in Lisbon, Portugal.
» Media Economics, Short stories » Too Much Information: The Declining Value...