Albania: Coronavirus and the media 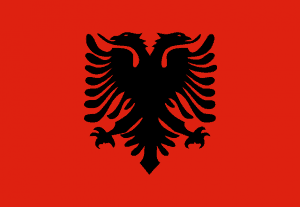 The first case of Covid-19 in Albania was confirmed on 8 March 2020. But even before that, at a time when the coronavirus epidemic still appeared to be confined to China, the Albanian media had been following the case of Albanian students resident in China who were trying to get back home. Once the disease began to ravage neighbouring Italy, where an estimated 400,000 Albanians live, the media started to raise concerns over whether it would be possible to prevent the virus from reaching Albania.

From the moment when Albania’s “patient zero” was discovered, the government put in place one of the strictest lockdown regimes in Europe, prompted by the country’s close proximity to Italy – then the European epicentre of the pandemic – and the poor state of Albania’s public health infrastructure. It imposed strict quarantine measures throughout the country, gradually ramping these up still further over the next few weeks. Schools, bars and restaurants were closed, leaving only supermarkets and pharmacies open. Public transport was suspended and people had to apply for special permission to use their own cars. On 15 March, Albania declared all its land borders closed until further notice. The police and army have been patrolling the streets, monitoring compliance with the new rules.

On 25 March, the government declared a state of emergency, describing the spread of Covid-19 as a “natural calamity”. On 16 April, parliament approved tough new measures that have been described by government critics as disproportionate and unconstitutional. These include changes to the criminal code to allow the imposition of jail terms of up to eight years for carriers of infectious diseases who fail to comply with quarantine or isolation rules and infect others. Prime Minister Edi Rama defended the new penalties, saying they were a necessary prerequisite for the relaxation of the lockdown. By 20 April, 584 cases of coronavirus had been confirmed in Albania, with 26 deaths attributed to the disease.

After the arrival of the pandemic in the country, the news agenda was totally dominated by corona coverage. There is a focus 24/7 on the pandemic, with regular news updates and breaking news from the Ministry of Health, the isolation hospital where patients are being treated, the opposition party, etc. All other news topic have been frozen out, to the extent that even momentous events such as the 24 March announcement of the opening of EU accession talks on and the fall of the government in Kosovo (whose population is mainly ethnic Albanian) the following day were completely overshadowed.

The primetime TV talk shows, which are among the most watched programmes in Albania, focus entirely on the coronavirus crisis. Medical professionals appear regularly as guests on these programmes, as do members of the huge Albanian diaspora, especially those living in affected countries such as Italy, Spain, the United Kingdom, Germany and the United States. The heavy focus on the death tolls in these countries, especially in Italy and Spain, allows little airtime for solutions-based stories, though a number of initiatives by Albanians in support of their fellow citizens have received some attention.

The government has banned the presence of members of the public on the sets of TV shows, while the talk shows are allowed to have only one guest. Some entertainment programmes have been suspended until further notice, raising concerns over the job security of employees. The Albanian Journalists Union has called for the media sector to be included in a financial relief package for businesses, but the government has so far refused to agree to this.

The relationship between the Albanian government and the media continues to be tense on account of controversial anti-defamation laws approved by the Albanian parliament in December 2019, which are seen as representing a threat to media freedom. A hint of this problematical relationship is apparent in a voice message sent by the prime minister on 12 March to millions of mobile phone users, in which he warned the public to stay at home, wash their hands and protect themselves from the media. A later text version of this message simply advised Albanians to beware of fake news.

The public broadcaster, RTSH, embraced its public service role by launching a new channel, RTSH School, dedicated to providing educational content for high school students now pursuing their studies at home. Several other TV channels joined forces with the Institute of Public Health to produce health awareness messages advising people on how to protect themselves from the virus. Journalists have been able to report on the opposition’s allegations of abuses in the allocation of public tenders and have also tried to highlight the impact of the crisis on marginalised and vulnerable communities such as the elderly and the Roma community.

Though media commentators on the whole approve of the imposition of a strict lockdown, some have criticised Edi Rama’s liking for stark metaphors (he often uses words such as “war”, “death”, “deserter” and “coffins”), saying that a greater focus on the economy and a more optimistic tone would be preferable. Rama has also come under criticism for monopolising public communications with his appearances on his own TV channel ERTV and his daily statements broadcast live. A survey carried out by the media watchdog Citizens Channel revealed that from 9 March to 31 March, Rama was on screen for a total of 1423 minutes or 24 hours. It said this showed that ERTV had become the main official source of information about the coronavirus pandemic.

Though the current crisis should have presented the media with a golden opportunity to raise awareness of the problem of fake news and to promote media literacy, most media outlets have been reluctant to tackle the issue. However, dedicated fact-checking organisations such as Faktoje have been assiduously exposing fake news stories, while Euronews Albania has a daily slot devoted to fact checks.

Another issue raised by the coronavirus pandemic is the importance of training journalists in the coverage of natural disasters, to give them a better grasp of the ethics of disaster reporting and make them aware of the importance of respecting personal data.

Valbona Sulçe is a researcher and journalist from Tirana, Albania. She holds a BA in Language and Literature from the University of Tirana and an MA in European Studies from the same institution. She is currently studying for a PhD at the Journalism Faculty of the University of Tirana. Her research interests include diversity in the media, gender equality, news reporting and media ethics.
» Ethics and Quality, Media and Politics, Recent » Albania: Coronavirus and the media