Afghanistan: Coronavirus and the media 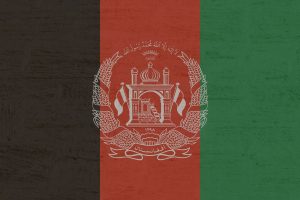 While Afghan state-run media function mainly as channels of communication for the government, independent media outlets are not afraid to criticise the authorities’ handling of the crisis.

The first case of Covid-19 in Afghanistan, in a man who had recently returned from Iran, was confirmed on 24 February 2020 in the western province of Herat. The main entry point for Afghan citizens who had gone to Iran in search of work and by March were fleeing Iran’s coronavirus epidemic in their thousands, Herat quickly became the epicentre of the disease in Afghanistan. It was eventually overtaken by Kabul province in both the number of confirmed cases and the number of deaths. By 5 May, there had been 779 cases in Kabul province, 571 in Herat and 393 in Kandahar. There have so far been 3,224 confirmed cases and 95 fatalities attributed to Covid-19 in the country as a whole.

Afghanistan is one of the countries least well-equipped to tackle such a serious public health emergency. Decades of conflict and endemic political instability have left it one of the poorest countries in the world. More than 50% of the state budget derives from international aid. In March, the United States – Afghanistan’s main donor – announced that it had decided to cut $1bn (£804m) from its annual aid package to the country because of the failure of President Ashraf Ghani and his main political rival, Abdullah Abdullah, to agree on a government of national unity with the aim of presenting a united front in talks with the Taliban. The result of last September’s presidential election was disputed for months, and the incumbent Ashraf Ghani was not officially declared to have been re-elected until February. Abdullah Abdullah still refuses to accept this outcome. In the meantime, the Taliban has been continuing to mount attacks against Afghan government forces.

How the government gets its message across

The government is pursuing a two-fold aim in its coronavirus public communications strategy: to raise public awareness of the danger represented by Covid-19 and to demonstrate to the Afghan people that the authorities are in control of the situation. The government relies on two main channels of communication to get its message across. The first of these is the Government Media & Information Center (GMIC), which coordinates all its communication activities. It is via the GMIC that the Ministry of Health announces the latest figures relating to the number of confirmed cases, which are then picked up and disseminated by both the traditional media (radio and press) and online media. This is also how announcements – such as the one informing the public that as from 28 March strict lockdown measures would be imposed on the capital Kabul and other major cities – was communicated. The lockdown has been extended several times and is now due to remain in place until mid-May.

The second channel of communication is the state broadcaster RTA, which both reports on the measures announced by the government and also broadcasts programmes devoted to explaining the importance of observing strict hygiene. There is a daily programme called “Corona Special” devoted to this topic, and RTA has also created a mascot as a way of further raising awareness of the issue. RTA’s brightly coloured “Coronavirus Character” personifies the virus and explains in simple terms why people should stay at home and observe the recommended hygiene measures. It also advises viewers in quarantine how to combat boredom.

On 18 March, at the instigation of RTA, several private Afghan media outlets such as TOLOnews, 1TV and Ariana TV (the three most watched private channels in the country) and the BBC World Service agreed to set up a new media centre with the aim of sharing coronavirus-related content.

In addition to the state sector, there is also a lively private media scene in Afghanistan. Over the last two decades, the country has experienced a veritable media boom, which has given rise to more than 80 television stations, 200 radio stations and 800 newspapers. As a result, an extremely diverse media structure has emerged in the country alongside the state media. In the last couple of months, the independent media have also focused mainly on the coronavirus crisis, often criticising the measures taken by the government as inadequate. They allege that many facts related to the pandemic are not coming to light. For example, they accuse the government of covering up the extent to which the infection has spread. The government denies this.

Independent media outlets also accuse the government of not having acted quickly enough to prevent the virus from spreading. The main focus of criticism is the porous border crossing between Iran and Afghanistan, which in March witnessed the return home of more than 150,000 Afghan citizens. Iran has been especially badly affected by the pandemic, and already by mid-March hundreds of coronavirus-related deaths had been recorded there. (The number of coronavirus-related deaths in Iran now stands at 6,340.) In March, Afghan refugees in Iran – the second biggest host country for Afghan refugees after Pakistan – began to return home in a panic. This created a dilemma for the Afghan government. On the one hand, it did not have the facilities needed to control this unprecedented flood of people across the border and to find out which of the returnees were already infected. On the other hand, it could not simply seal the border, as the returnees were Afghan citizens. However, according to the media, closing the border is exactly what many people in Afghanistan would have liked to see happen. The border is still open.

Online media, in particular blogs and platforms used by journalists and activists, represent a third sector of the Afghan media landscape. While these too report on measures introduced by the government, they often do this critically. Many accuse the government of withholding vital information. On 30 March, the online platform Janbishe Roshnai – the largest online community in the country, with 100,000 users – reported that a doctor had been dismissed and was under investigation by the public prosecutor’s office after he publicly criticised serious shortcomings at Covid-19 treatment centres in Herat.

Online media also focus on the plight of the most disadvantaged members of society, who are the most badly affected by the crisis. They have called for special provisions to be made to help daily labourers placed in quarantine, as their precarious situation means that if they can no longer work, they cannot feed their families.

There have been many examples of campaigns launched with the aim of helping fellow citizens survive the crisis, which have received extensive publicity via social media. In several cities, Covid-19 funds have been set up to help the disadvantaged. In the case of a campaign focused on helping people in the city of Nangarhar, for example, the business community, civil society, the government and the Afghan diaspora donated more than $100,000 (£80,400) in a single day.

More than a thousand landlords have agreed to reduce their rents following a campaign by Etlayat-Roz, one of Afghanistan’s best-known quality newspapers. The paper launched its “Empathy Campaign” in an attempt to persuade landlords to halve rents to help tenants struggling to cope at such a difficult time. The paper said that the aim of its campaign was to spread empathy, cooperation and compassion, especially between landlords and tenants.

This is an updated version of an article that originally appeared on EJO’s German-language site with the headline “Afghanistan: Die Corona-Krise und die Medien“.

Kefa Hamidi is a research assistant at the Institute for Communication and Media Studies at the University of Leipzig. He heads the Research Centre for Development Communication, which is based at the University of Leipzig and is funded by the German Federal Ministry of Education and Research.
» Ethics and Quality, Media and Politics, Recent » Afghanistan: Coronavirus and the media