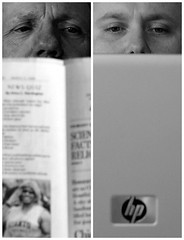 Study compares news content on the Web to radio, television and newspapers.

Published in Journalism and Mass Media Quarterly, Scott Maier’s 18-month study builds on the Project for Excellence in Journalism’s News Coverage Index, which examines U.S. media coverage in real-time. Maier takes a look at 3,900 news stories in order to determine how online news coverage differs from that of legacy media, and what this might mean for journalism’s agenda-setting function. “If news stories found online are essentially the same as news presented in newspapers and electronic media, then the transformation represents little more than a move to an all-digital format of news,” Maier writes. “If news coverage is substantially different, then online news represents not only a change in medium, but also content.”

According to the study, 60 percent of  top stories on news websites covered the same topics as legacy media. “Online news outlets not only chose the same top stories as legacy media,” writes Maier, “but when they did, they often shared strikingly similar news values in how each storyline is played out in terms of frequency and depth of coverage.” However fewer than a third of news stories hyperlinked by blogs and social media corresponded with mainstream media top stories.

While news websites tended to cover the same material as traditional media,  blogs and social media concentrated on topics that varied greatly from those in the mainstream.  Controversial, “hot-button” news items (i.e. same-sex marriage, abortion) dominated new media. “That blogs and other social media resemble talk-radio in temperament and content does not undermine public discourse if they are used primarily to extend debate or to articulate a shared point of view. But their idiosyncratic personal agendas are worrisome if social media become a person’s primary, if not sole, source of news,” Maier cautions.

Kate Nacy is the first EJO Fellow to participate the European Journalism Fellowship program at the Freie Universität Berlin. Kate Nacy works as a journalist, writer and editor. Her work has appeared in news publications as well as in literary and arts journals. She served as the European Journalism Observatory’s English Web Editor from 2008 – 2012.
» Digital News » All the News Fit to Post?