Will Google Save Journalism? 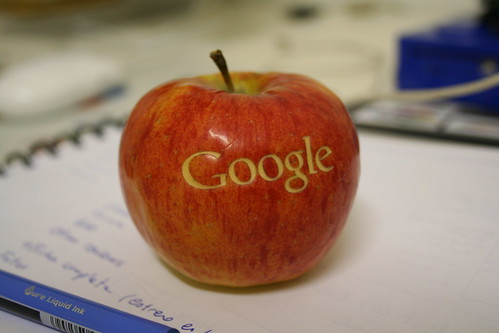 Newsjunkies surfing the blogospere are occasionally surprised by the amount of attention certain blog postings achieve.

For example, a recent article published by American journalist James Fallows in The Atlantic Monthly was circulated with vigor by media experts concerned with the future of journalism. The article’s popularity may have spawned from the fact that it runs counter to common predictions on the subject. Concerning U.S. journalism, for many years one tragedy followed another.  Thousands of journalists lost their jobs, and today many newsrooms are mere torsos of their former selves.

In his article, Fallows declares Google the potential savior of journalism. The company, which in the past steadfastly declared it wants nothing to do with content production, is beginning to rethink its strategy. According to Fallows, Google recognizes that the usefulness of search engines may dissipate if they consistently offer trash before valuable journalism. For this reason, Google seems has a variety of initiatives in its pipeline to secure the well-being of journalism in the future, though the industry still teeters at the edge of abyss.

Regarding this change of perspective, many excited readers may have overlooked one detail, given their euphoric response. It lies somewhere in the “How-to” portion of the essay. Accommodating American standards of transparency, Fallows unveils that he has been a close personal friend of Eric Schmidt, Google CEO. Certainly such a relationship opened the company doors for Fallows – few other journalists would find similar access. Thus, the question arises as to whether Fallows maintains the necessary critical distance in his reporting.

For this reason, we too should read Fallows’ story against the grain. Or, at least, considering the possibility that Fallows may have been instrumentalized by spin doctors, as the Google kraken encounter public distress for various reasons in recent times and now more than ever may require the support of journalist allies like Fallows.

European Journalism Observatory co-founder and until 2018 Professor of Journalism and Media Management at the Università della Svizzera Italiana in Lugano. Frequent contributor to Neue Zürcher Zeitung (NZZ) and Der Tagesspiegel (Berlin), as well as to the specialist publications Schweizer Journalist and Der österreichische Journalist.
» Digital News » Will Google Save Journalism?