Power and pin money: Time for a new deal between big tech and the media 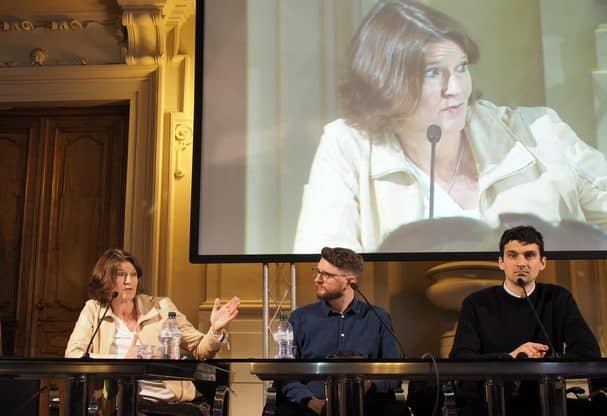 There’s a clear irony in engaging in a lively debate about the impact of big tech companies on journalism as part of a festival largely financed by Google and Facebook. The recent International Journalism Festival in Perugia offered more than one example of this. Welcome to the new media universe, in which powerful platform companies call the shots and news organisations struggle to keep up.

Big tech and the mainstream media currently appear to be locked in a love-hate relationship – one in which hypocrisy plays a large part. The same people who often criticise the Silicon Valley giants in public are more than happy to take their money when it is offered. The time has come for a more pragmatic approach.

Tech companies influence the media in several ways. Most importantly, their algorithms dictate the kind of content that readers see. If Facebooks decides to go slower on news – as it did in 2018 – users see less of it in their feeds. The way in which Google ranks search results has a direct impact on the exposure that media brands get.

Secondly, platform companies influence the kind of innovation projects and storytelling formats that newsrooms feel able to take on board. New tech projects almost invariably receive the label “innovation”, whether or not they are genuinely innovative. “The expensive job of innovation in newsrooms increasingly means asking ‘What would Google want?’ – influencing what newsrooms choose to develop, from virtual reality, to voice skills, to photo libraries”, the Tow Center’s Emily Bell writes. The consequence is that other areas in which innovation is desperately needed – management styles, processes, talent acquisition and retention – tend to be neglected.

Thirdly, big tech companies engage in direct funding. They support projects, research, training and the like. The collaborative research project “The Publishers’ Patron”, carried out by Netzpolitik, Republik and Falter and led by Alexander Fanta, shows the contribution made by Google’s Digital News Initiative (DNI) to journalism innovation.

No more “church and state” separation

What should we make of all this? Of course, newsrooms have never been totally independent of the media ecosystem in which they operate. Media outlets have always had to contend with powerful owners, advertising clients and political interests lurking in the background. And let there be no mistake: even crowdfunding is not without its pitfalls if the funders feel let down, as the heated debate around The Correspondent’s unexpected withdrawal from the US has demonstrated.

The situation has evolved in recent years. There used to be a clear division between the editorial and the business sides – similar to the concept of the separation of church and state – which wasn’t perfect but was at least an attempt to shield newsrooms from external pressures. This has now gone for good, as it no longer makes sense in a digital environment in which product development, marketing and editorial have to work hand in hand. And on top of that, platforms have a much greater influence on the daily business of producing news than anything ever seen before.

It’s an inescapable fact that journalism needs all the help it can get, and most media outlets are in no position to reject (well-intended) support. The Washington Post under its owner, Amazon boss Jeff Bezos, is a good example of how a news organisation can flourish given certain conditions – the main ones being stable, transparent investment and editorial independence.

Here are some thoughts on what the two sides of the equation need to bear in mind before deciding to accept or offer funding, whether this is for a newsroom, a research institution, training and knowledge exchange or for tools to facilitate editorial work:

The platform companies often try to depict their engagement in the media industry as a way of “giving back”. This is a very transactional way of framing it. Journalism has a critical role to play in democracies. Ideally it makes sure that all interests are heard, holds power to account and gives citizens all the information they need. This is vital for stability in free societies. A better way of viewing big tech’s engagement in the media is as a “shared responsibility”, in which those who have more are happy to do more of the sharing.

Disclosure: The author used to be the Managing Editor of the Sueddeutsche Zeitung, which doesn’t accept Google funding. She now runs the Leadership Programmes at the Reuters Institute for the Study of Journalism at the University of Oxford. While the Institute benefits from sizeable grants made by platform companies (including Google), the Leadership Programmes are customer-funded and so compete with “free”, Google-funded educational programmes. She has also written a media column for NewsMavens, which is funded by the Google News Initiative.

If you liked this story, you may also be interested in Five Things You Need To Know About Journalism’s Future.

Alexandra Borchardt is Director of Leadership Programmes at the Reuters Institute for the Study of Journalism at the University of Oxford. There she developed and leads courses such as the “Oxford Perspectives” series aimed at senior journalists and media managers. Prior to this she was the managing editor of Süddeutsche Zeitung (SZ), Germany’s leading quality daily. Alexandra teaches “Leadership and Strategy in the 21st Century” at TU Munich, gives lectures and talks on digitisation and the media, and writes commentaries for outlets such as Project Syndicate and NewsMavens. She is the author of the book "Mensch 4.0 – Frei bleiben in einer digitalen Welt" (Freedom in a digital world). She serves as vice chair of the Council of Europe's Committee of Experts on Quality Journalism in the Digital Age.
» Digital News, Ethics and Quality, Media Economics, Recent » Power and pin money: Time for...