Video Experiments: How to Attract New Audiences and Advertisers 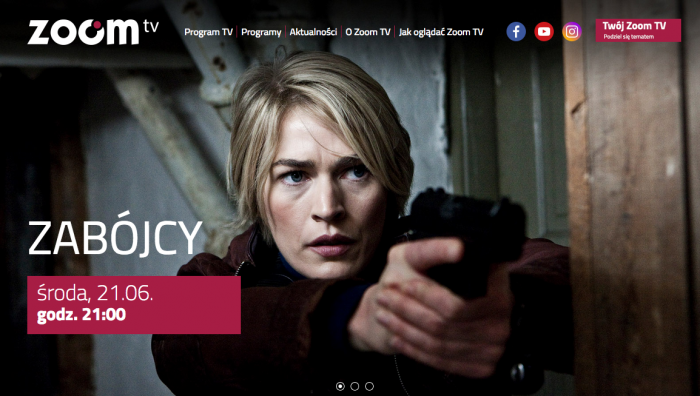 News organisations in Poland are focusing on video to attract new audiences.

Digital news providers in Poland are experimenting with video content to reach new audiences and increase advertising revenue. Some organisations have focused on producing very short videos, with subtitles, for distribution on social media platforms. Others have opened their own digital TV channels – or have started to produce content for partner TV channels.

Until recently, online publishers, including Poland’s four biggest digital news portals, Onet, Wirtualna Polska (WP), Interia and Gazeta relied heavily on text articles – often based on coverage in newspapers and press agencies – for content. Now, in order to compete with traditional print media and terrestrial television, and to attract audiences, they have hired senior journalists from traditional media outlets (including some of Polish television’s best-known personalities) to help develop their content in a range of formats, including text, audio and video.

Robert Ploch, Communications Manager at Starcom Media House, a Warsaw-based marketing communications company, said digital publishers have been forced to adapt as the market evolves: “Publishers have noticed that the most sensible way to reach different audiences is by offering diverse content.”

Many news organisations consider video the best way to attract younger audiences. Unlike traditional television, video usually allows viewers to watch whatever they want, whenever and wherever they choose.

The online video (and video advertising) segment could also be highly lucrative for the media industry. A report by Zenith, the UK media agency, revealed that online video advertising is growing by 18 percent annually. By 2019, the total spend on this segment is estimated to reach 35.4 billion dollars worldwide, outpacing TV advertising expenditure.


WP launched its own digital television channel, WP TV, in 2015 with the news show #dziejesie (What is Happening?) hosted by Maciej Orłoś – a former TV anchor.

Other shows on WP TV were also hosted by stars of traditional press and television, often hired at a high cost. WP TV follows a linear TV model on a strict programming schedule.

Another organisation, Onet, Poland’s largest web portal, launched Onet TV in 2016. Unlike WP TV, Onet does not have its own television channel, instead it produces video programmes for Zoom TV, another digital TV channel.

Onet produces diverse content for different platforms, including for video-on-demand (VOD) and social media. Popular programmes include Onet Rano, a daily talk show, which is also available on Facebook and on Onet’s VOD platform (VOD.pl).

‘Serious’ political talk shows are rarely streamed on Facebook as it is often assumed such programmes are too complicated and demanding to go viral.

For example, Onet Opinie (Onet Opinions), a politics programme hosted by former Newsweek journalist, Andrzej Stankiewicz, is only released on VOD.pl. However, another political programme, “Tomasz Lis na żywo” (Tomasz Lis Live), hosted by Tomasz Lis, a popular and controversial journalist, is available both on Facebook and also on Periscope.

Two other digital news portals, Interia and Gazeta, chose a more conservative business model. Instead of launching their own digital television channels they have focused on producing short videos specifically for social media platforms. These videos can be as short as 30 seconds and are rarely longer than four minutes. They usually have subtitles and are designed to be user-friendly for smartphone users who are assumed to always be in a hurry. Popular social media content in Poland includes food and cooking, DYI, beauty, and also some lighter news.

Social media content is often posted on Facebook but publishers are willing to use any social media platforms to reach audiences, wherever they are. They constantly check, analyse and monitor audiences preferences to find out which platforms and formats work best.

Interia and Gazeta regard recent developments at Onet and WP TV with interest, but say they do not plan to emulate their business models. “We do not intend to move television long forms to the internet,” Paweł Stremski, managing director at Gazeta.pl, said.

Stremski cited experiments with television by US-based news publishers, Huffington Post (HuffPost Live)  and The Washington Post (PostTV), recalling that they ended in failure. “Our video content is native and tailor-made for their medium,” he said.

Viewing figures for both WP TV and Zoom TV have yet to meet expectations.

According to the management, WP TV is unlikely to make a profit until 2018 due to its early investments in video production and new, high profile, staff. But viewing figures have also been disappointing. Jacek Świderski, CEO of WP, admitted that “on television, changing the habits of viewers requires much more time than we had expected”. The organisation is now hiring new staff and changing its schedules.

Onet, after launching its partnership with Zoom TV last year, is now focusing on developing 360-degree format and producing social video. Producing content for both digital TV and for social media will give Onet the opportunity to test the success of the two different platforms with audiences.

It may be too early to say which of the experiments will be successful, but in Poland the industry is watching with interest.

Kaja Grzybowska is a Polish tech journalist who works as an editor for Interaktywnie.com, a Wrocław-based website devoted to technology, digital media and advertising. She is interested in the impact of technology on business and society, and has a particular interest in new business models in the media.
» Digital News, Media Economics, Recent » Video Experiments: How to Attract New...