The Truth About Hyperlinks 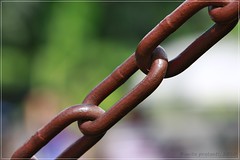 In a world where hyperlinks appear more frequently than ever, surprisingly little is known about how bloggers and journalists are actually using links.

A new International Journal of Communication (IJC) study reveals that journalists and bloggers exhibit distinctive linking patterns which can influence reader opinions and breadth of coverage. In his study, Mark Coddington of the University of Texas at Austin, compared the linking patterns of mainstream journalists, independent bloggers, and J-bloggers – a term borrowed from journalism researcher Jane B. Singer meant to describe bloggers who are employed by mainstream news sources – by conducting a content analysis on three popular news stories in the United States.

The stories chosen – the 2010 Midterm Elections, the Deepwater Horizon oil spill, and the proposed Islamic Center next to the Ground Zero in Manhattan– revealed a proclivity for mainstream sources to link internally, while independent sources are more likely to link to external sources.

In addition, 93 percent of the hyperlinks used by mainstream news outlets were directed towards other news outlets, whereas bloggers linked to mainstream sources slightly more than one-third of the time.

J-bloggers, or bloggers with an affiliation to a news organization, fell in between mainstream outlets and independent bloggers with more than 75 percent of their links directed toward mainstream sources

Structural links, such as links in sidebars, bylines, “related stories” lists, photos, and info graphics were not included in the analysis

In follow-up interviews with bloggers and journalists whose information was included in the study, Coddington found that mainstream news sources were theoretically extremely open to external linking, yet this openness was not backed by the research.

As opposed to previous research, Coddington’s study captures the full context of blogger’s and journalists’ linking behavior in an attempt to uncover, “what links mean, as well as how that meaning shapes and is shaped by the text in which they appear.”

By stepping beyond previous research Coddington is able to “better determine the meanings links carrying, in addition to looking at whom they are directed toward.”

Beyond directional results, Coddington found that J-bloggers typically “operate within a framework of traditional journalistic norms,” which translates into a linking behavior very similar to mainstream news sites.

On the other hand, independent bloggers are free from the ties that bind J-bloggers, allowing uninhibited linking and the ability to link freely to external sources.

In addition, the study revealed that bloggers tend to use opinion-based links to frame their arguments in order to guide the opinions of their readers. J-bloggers specifically linked heavily to opinion sources, however nearly half of their links were based on fact, higher than mainstream media and independent bloggers.

While Coddington notes that mainstream sources are able to provide a wealth of resources via linking due to their size, the links are often provided, ”within a framework, reinforcing a strict perimeter on the realm of acceptable discourse on public issues.”

In addition Coddington found that J-Blogs, specifically those political in nature, are adept at fostering openness in news, however “they prevent readers from forming connections to larger issues.”

As hyperlinks become increasingly more ubiquitous with news and political dialogue on the Internet, Coddington sees potential in both mediums. “By embracing both the connectivity and the contextual potential of hyperlinks, both news organizations and blogs can contribute to a richer network of information on the web.”

The complete study analysis and results can be found here.

Michael Wise is a Master’s student at Università della Svizzera italiana, studying Health Communication and Management. He has a bachelor’s degree in journalism and has written for a number of magazines and trade publications, in addition to being an EJO contributor and student assistant since September 2011.
» Digital News » The Truth About Hyperlinks