Micro-payments for Online Journalism on the Horizon

The debate on whether readers will pay for news must include discussions on just how they pay for news: through a one off subscription, or through something more fragmented.

Paul Dinulescu, the founder of Niuzly, an online publishing platform that uses “micro-payments” to pay their bloggers and freelance journalists, believes that dealing with this issue, of just how to pay for news, is at the heart of how the media will survive.

“It’s not that people don’t want to pay for news or journalistic content but that people are averse to paying through the channels currently offered to them,” he said while talking about his start-up in an interview for Journalism.co.uk.

He hints at changing the information-consumers’ approach from thinking in terms of a lump-sum payment – paying for a whole newspaper or making a digital subscription to a site – into something more extemporary and fragmented. That is, paying for single articles from a range of publications a bit like buying singles on iTunes or Amazon instead of entire albums.

The idea of a “news iTunes” is not completely new. It dates back to at least 2009 when the columnist proposed it in an article as one of the possible solutions to the problem of identifying a sustainable business model for online news. More recently, another start-up, the Dutch Blendle, launched something similar, gathering content from the fifteen main Dutch newspapers and magazines on a single platform and introducing a monetization model (70 percent to the publisher, 40 percent to the site) similar to the one used by Apple.

The mechanism introduced by Niuzly is slightly different: the author of the article would receive 80 percent of the direct income (i.e. what the readers are willing to spend to access and read the article) and 50 percent of the indirect income, derived from the ad revenue from the page. The amount due would be paid when the writer has earned at least $300, through all micro-payments.

Dinulescu focuses more on writers than on publishers, partly because an attempt to involve the latter in 2012 failed. The motivation is to give the huge community of unpaid – or underpaid – writers the chance to write and earn while keeping control of the content they publish. Writers who publish on Niuzly are also able to publish their articles for free on other platforms.

The readers’ attention would be attracted by allowing them to read the first paragraphs of the article before prompting the few, or many, that want to access the full article to pay a price of between 5 and 30 euro cents. Users would pay using PayPal. On paper the mechanism appears fairly straightforward.

However, the problem with online micro-payments is moving on from the start-up stage to reach the critical mass of both authors and readers necessary to turn what may be a good idea into a winning product. On one hand this means making readers understand that producing valid journalistic content entails hard work and that, like in any other sector, you have to pay for quality. On the other hand it means convincing writers to accept the “levies” of the financial brokers. Furthermore, PayPal, for example, while being free for buyers, exacts rather high commissions (2.9 percent + 0.30 USD) from sellers and the same goes for most of the financial brokers that offer this type of service.

A possible solution to this problem is to use the BitCoin, whose transaction cost is negligible compared to that of other currencies. A paywall based on the BitCoin already exists in a beta version: called BitWall, it allows the digital currency to be used for payments of a minimum amount of one euro cent. The system also envisions other forms of payment: payment with a tweet, the display of an advert before the text or a lump-sum payment for daily access to the articles. 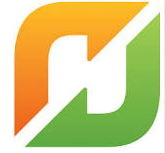 A possible alternative is Flattr, a payment service introduced in 2010 by Peter Sunde, arrested recently in Sweden for his involvement in Pirate Bay. Flattr is not a pirate site, quite the opposite in fact – the online payment service is understandably controlled and monitored very closely and this is also one of the reasons why it has struggled to emerge. The platform’s recent decision to use a new supplier for the transactions, Mango Pay could help the site make a quantum leap and become a valid alternative to PayPal and others in terms of micro-payment. We’ll have to wait and see.

This article was translated from the Italian “Giornalismo, arrivano i micropagamenti“.

Federico Guerrini is a fellow at the Reuters Institute for the Study of Journalism. He writes for the online edition of the daily La Stampa and also contributes to other websites and newspapers (Sky.it, Il Sole 24 Ore, l’Espresso, Wired.it, among others). In the past few years, he has written several books on social media, online privacy and Internet. Federico is a founder of Digital Awareness (www.digitalawareness.it), whose aim is to promote a conscious use of the Internet, avoiding risks and issues related to security and to the so-called “information overload”. He holds a M.A. in Political Sciences from the University of Trieste, and is a member of the Italian Journalists Society.
» Digital News » Micro-payments for Online Journalism on the...