INTERVIEW: How can media responsibly and ethically portray images of war and violence? 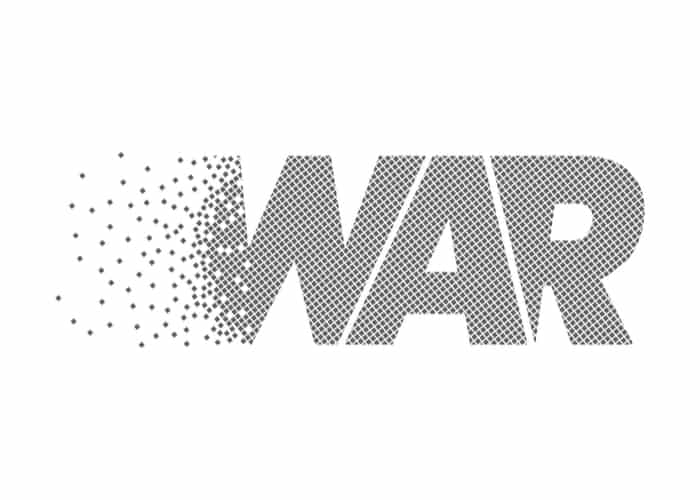 It’s war – and mobile phones are taking pictures. A black man dies at the hands of a US police officer – the bodycam is recording. Even terrorist attacks, like the one in Christchurch, have been streamed live on the Internet. Images and videos end up in the hands of journalists and on the social media channels of media outlets at an alarming pace in the digital age. This has led to growing concerns about the staging of atrocities for more clicks and the desensitising of audiences.

European Journalism Observer fellow Olivia Samnick, speaks with Prof Oliver Zöllner, an expert on media research, sociology of media communication, and digital ethics at the Institute for Digital Ethics at the German University Hochschule der Medien, about the ethical responsibilities of journalists and newsrooms when portraying violence.

EJO: In recent weeks, the portrayal of violence in images and videos in the news has increased sharply due to the Ukraine war. But do pictures of mutilated dead people belong on social media next to vacation snaps and cat videos?

Prof Zöllner: There are different perspectives on this; for a warring party, such footage helps bolster its propaganda and its version of the war or its calls for solidarity. So, if I share such content as a private person, I indirectly make myself an accomplice to this. However, the portrayal of terrible acts of violence can also contribute to triggering emotional reactions against those responsible.

EJO: What do you think are the responsibilities of journalists and editorial offices in using these types of images?

Prof Zöllner: Journalism has a duty to document information and a duty of due diligence. The question is: ‘what is reasonable?’

Even reputable and renowned media have recently shown very, very graphic images. For example, the New York Times showed a photo of a killed Ukrainian family on its front page at the beginning of March. I now use this image in lectures as a borderline case to discuss whether this is journalism playing its role or whether it is a step too far?

EJO: One concern is that audiences are becoming desensitised by the constant barrage of violent images.

It has never been so easy to distribute violent images as in the digitalised age.

The German public news format Tagesschau, for example, pixelates the shots of dead people. I think that’s appropriate. It still gives viewers an impression of the reality of war. But do I really have to show the blood and injuries to the bodies in detail? There is a legal answer – even the dead have dignity and personal rights. As a journalist, it is important to preserve the dignity of victims. That’s why it’s right to pixelate images of the dead – also so as not to traumatise the viewers. Editorial offices must also consider the protection of minors.

EJO: So, it’s about the way news media portray violence? This is especially contentious around the use of social media posts. A recent example is the bodycam footage of Patrice Lyoya, a black man, shortly before his death at the hands of a US police officer. This plays automatically in a post by the Tagesschau through the autoplay version on Instagram when you scroll through their feed. There is no trigger warning in the first seconds of the video. Thus, violence presents itself to the user, whether or not they want to see it.

Prof Zöllner: Platforms are difficult to regulate or tame. Social media platforms aim for as many likes, shares, and comments as possible. That’s not good for serious journalism. It’s difficult for news outlets to follow the strict values of journalism while engaging audiences on social media. For media devoted to quality output, which is guided by ethical consideration, this sometimes means not showing certain things, or at least showing them less graphically than, for example, private individuals might.

EJO: When is it appropriate to show very graphic violence in the news?

Prof Zöllner: I’m invoking Susan Sontag and her book “Regarding the Pain of Others”, in which she writes, in the context of war reporting: there are limits to it. She then asks: don’t we, as people living in safety, at least have the moral duty to endure such images of atrocities in order to put ourselves to some extent in the situation of people fighting for their survival? That is precisely what does not dull us.

Perhaps awareness of the consequences of violence in certain doses is even part of our human solidarity. In contrast to what people in Mariupol, Yemen, or Syria are enduring right now, it is not too much to ask to endure a brief image.

EJO: Body cameras, drone shots, and the omnipresence of mobile phone cameras mean that there is more footage than ever before. But does all this have to be shown just because it exists?

Prof Zöllner: No. In Lyoya’s case, the video has forensic value for subsequent adjudication. This is the task of the court, not journalism. The latter should ask itself before posting on social media: what clarification does the video offer there? Is a still image enough? Does it have to be shown in full length?

EJO: The Tagesschau report in question performed about three times as well as other posts.

Prof Zöllner: Violent images were and are eye-catching – not only since digitalisation and social media. Bob Dylan once sang, “They’re selling postcards of the hanging”. And indeed, even before digitisation, there were printed postcards with pictures of hangings and executions that were distributed. And before that, there were copperplate engravings of these, as a pre-digital Instagram, so to speak.

In Germany, the Press Code provides a guideline regarding the portrayal of violence by journalists. It states, for example: “A portrayal is inappropriately sensational if, in the reporting, the human being is degraded to an object, to a mere means. This is particularly the case when a dying person or a person suffering physically or emotionally is reported on in a way that goes beyond the public interest and the readers’ interest in information.”

Does the press code apply in the digital space? Yes, but such a standard can only be effective if journalists take it seriously and fill it with life. With the Press Code, the responsibility lies with the media. That’s a daily challenge.

EJO: What makes it so difficult today for journalists to make ethical decisions when portraying violence?

Prof Zöllner: Everything has become much faster. Media professionals have to make a decision in a matter of minutes whether or not to use an image. Whereas a picture editor at a newspaper used to have an hour or more. This decision-making time is increasingly lacking, especially on social media. Nevertheless, the same is true here – the disparaging portrayal of people, of dead people, is not permissible.

Prof Zöllner: Part of journalism is learning about and applying ethical standards – in training and beyond. This must be lived out in the editorial culture, in the house culture. Of course, this looks very different in individual cases. There is a different in-house culture at German media outlet BILD than at the public media houses. One possibility is to include ethical standards in editorial statutes or employment contracts.

Prof Zöllner: Having a guide ready. So, how do I sift through problematic, violent footage? Which supervisor can I reach out to?

For decades, the BBC, for example, has had its own guidelines for reporting on violence, murders, terrorism, and other extreme situations, which provide helpful instructions for BBC editors. But the first step is to ask yourself, what if I myself or people close to me were in the picture? Would I want to show that? Yes or no? This attitude of weighing things up can serve as a first guideline in everyday life, regardless of whether you are a journalist or a private person.

If you liked this story, you may also be interested in: Using digital solutions to protect the practice of investigative journalism

Olivia Samnick, MA Journalism, Media, and Communications, is a journalist based in Germany. Her work includes multimedia publications in Germany's leading news magazine SPIEGEL ONLINE, and the leading reportage magazine GEO, as well as documentaries on refugees and migration. She joined EJO as a fellow in 2021. Website: www.oliviasamnick.com
» Ethics and Quality, Recent » INTERVIEW: How can media responsibly and...