The Order of Journalists in Italy: An Outdated Institution?

October 17, 2011 • Ethics and Quality, Media and Politics • by Francesco Conte 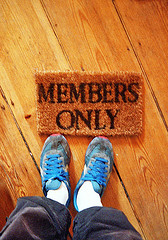 There are about 100,000 journalists in Italy, but the number could be much higher if the journalistic profession were not regulated by a corporation, the Ordine dei Giornalisti (ODG).

In Italy today, in order to work as a journalist, one must belong to the Ordine.

There are several corporations in Italy, such as corporations for doctors, lawyers and many “technical” professionals, such as farmers, geologists, architects and so forth. Compared to other professional unions for journalists elsewhere in Europe, however, the Ordine dei Giornalisti is quite a unique institution.

As the economical and institutional crisis deepens, many voices are asking Italy to ease the access to the professional labour market and to abolish the system of corporations in order to make it easier for people to work in their field of choice. In fact, the mere existence of corporations seems to go against the principle of “career liberalisation” which is also demanded by the EU institutions.

The ODG is a state-approved organisation that regulates the journalistic profession in Italy by imposing membership on anyone who wants to become a professional journalist. It was created by law in 1963, but the actual forerunner of the ODG was instituted in 1928, based on an idea of Italy’s leader at the time, Benito Mussolini, who had worked as a journalist for many years himself.

Today’s ODG is very similar to the 1928 organisation, the main difference being that under Mussolini’s regime, the Ordine was directly controlled by the Fascist Union and the Minister of Justice. The Ordine was not an independent organisation. Instead it was politically controlled so as to prevent anti-fascist individuals from becoming members.

After the fall of the fascist regime in 1944,  a provisional self-governing body was created for and by journalists, and it lasted until 1963, when today’s Ordine dei Giornalisti was founded by law, replacing the previous organisation.

The crucial difference between professionisti and pubblicisti lies in the process of acquiring the professional status. Pubblicisti must prove that they have worked for at least two years as paid journalists and published a number of articles which can vary depending on the regional section of the Ordine they are applying to.

Praticanti can become professional journalists after undergoing an 18 month paid traineeship, the so-called praticantato, or by attending a special two-year journalism course where instead of receiving a salary, participants are required to pay significant fees and take a challenging entrance test.

The next step is to pass an oral and a written exam and aspiring journalists can choose between several exam sessions every year. On a side note, it is quite shocking to report that the written exam had to be taken on a typewriter until 2009, when the use of the laptop was finally admitted.

However obsolete and bureaucratic the Ordine dei Giornalisti might appear, the corporation protects the interest of its members through continuous negotiations with the publishers’ corporation and the Parliament, specifically in the drafting of new national contracts and agreements regulating the practice of journalism in Italian media organisations (minimum salary, press rights, etc).

The Ordine also advises the Minister of Justice regarding new laws on the journalistic profession. The ODG sets a code of conduct for its adherents and has the power to censor, temporarily suspend and strike members off the Ordine should they damage the “professional dignity” of the organisation.The corporation also fixes the compulsory fee each member must pay every year, which is currently about €120.

In keeping with legendary Italian over-regulation, the Ordine comes with a journalist union (FNSI), a social security fund (INPGI) and a semi-independent agency providing extra welfare for its members, Casagit. This is an important aspect to take into consideration, as according to official statistics, the number of unemployed journalists in Lombardia alone, the region with most journalists in Italy, exceeds 10 percent.

A corporatist state-approved association like the ODG exists only in Italy. In the rest of Europe, the journalistic profession is not regulated and limited by any external body.

In other European countries, journalists set up their own associations and unions, such as the National Union of Journalists (NUJ) in the UK and Ireland, and these organisations do not fall under the supervision of the Minister of Justice, nor do they require mandatory membership.

Despite having many detractors, even among journalists, the Ordine has its positive aspects, like an 18-month unemployment subsidy for journalists who have lost their jobs. This, however, applies only to professional journalists, while pubblicisti, who account for about 70 percent of the total, are to a certain extent considered as second class journalists, even though many of them actually have a daily job as journalists throughout their entire career, without ever being able to become professionisti.

It is relevant to mention here that, due to significant taxes on labour, it is very expensive for small media outlets to offer professional traineeships to pubblicisti. Moreover, the salaries of professional journalists are significantly higher. In the end, most journalists who enter the profession after undergoing a paid traineeship work in political magazines and press offices. In other words, they are paid with public money.

The trend, in fact, as openly admitted by the Ordine itself, is to give preference to journalism graduates, who, incidentally, are also more willing to accept unpaid internships for a longer period.

It is a slow but dramatic change for the journalism scene in Italy, which will probably also lead to significant changes for the ODG in the long run, especially due to the high unemployment rate which is affecting professional journalists. In fact, most of the journalists currently enrolled in the Ordine are not working.
Out of a total of 110,204 journalists, according to recent data from the Ordine dei Giornalisti, 23,044 are professionisti, 1,610 are praticanti (both students and full time employees) and almost 5,000 are retired journalists who still benefit from the Ordine. The rest consists mostly of pubblicisti (paid part-time journalists) and some foreign journalists.

These figures do not specify that only about 25 percent of journalists actually practise journalism as their main profession, while the rest uses their membership card only to get free access to public museums.

“The growth of journalists in the last 10 years in Italy has been uncontrollable,” writes assistant secretary of the FNSI Guido Besana. “More than 500 journalists are joining the order every month. Those who actually work are now a minority among the ones registered in the Ordine.”

It is easier today to become a journalist, but it is harder to actually work as one.

The Ordine is clearly profiting from the growing number of its members – and their membership fees – but at the same time its reputation is facing an ever growing distrust even among journalists. Why is such an organisation necessary in a time of citizen journalism and blogging?

The Ordine membership is a mandatory requirement to work as a journalist, but at the same time the very definition of journalist is changing.

In fact, the Ordine protects mostly the rights of its older members, such as retired journalists, than those of newcomers.

“It’s increasingly more difficult to work as a journalist,” admits news executive and digital journalism professor Mario Tedeschini Lalli. “However, being a journalist as a hobby or a passion is becoming a reality, so we might as well cherish that possibility – open to everybody – to write, report and share the news, without the need of being professional journalists, but with a growing sense of responsibility and competence.”

» Ethics and Quality, Media and Politics » The Order of Journalists in Italy:...